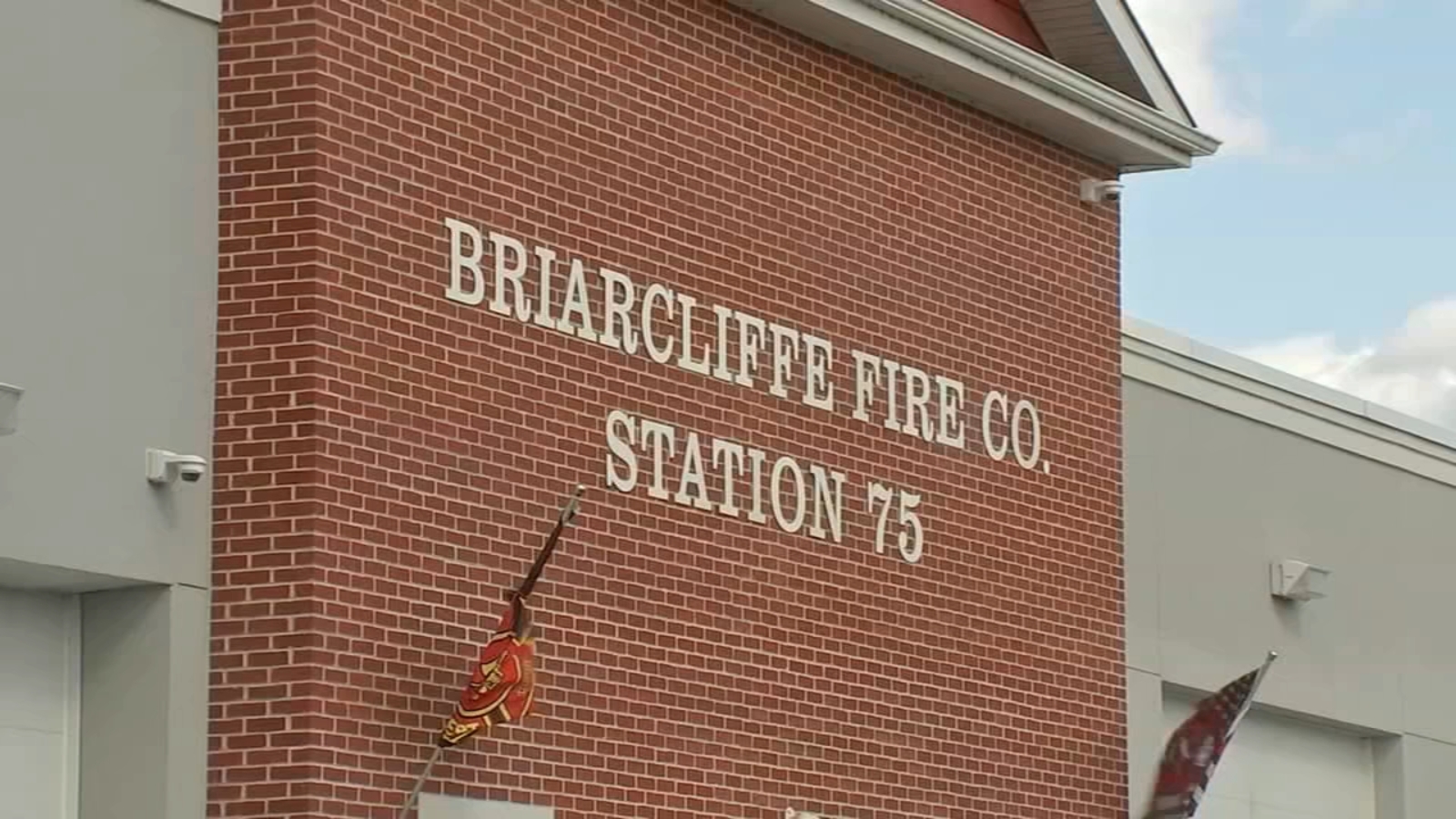 A Delaware County volunteer fire company that put out blazes for more than five decades could not survive a raging public firestorm that engulfed members allegedly caught on tape using racial slurs.

The Briarcliffe Fire Company in Darby Township announced last week it was disbanding following public outcry over a recording that captured members making racist remarks about Black firefighters. They were also caught mocking 8-year-old Fanta Bility, who was fatally shot by three Sharon Hill Police officers last August following a football game. Those officers have since been fired from the police force and criminally charged.

The fire company was initially suspended for 30 days after the recording emerged. The Delaware County District Attorney’s office investigation found the members did not commit crimes as they were heard making incendiary comments following a Jan. 27 virtual meeting to discuss the possible consolidation of volunteer companies Briarcliffe, Goodwill, and Darby.

A local activist group publicly released the 94-minute clip as pressure mounted for Briarcliffe members to be barred from serving in other fire companies.

In a letter sent to commissioners hours before a scheduled decertification vote, the company’s attorney, Robert Ewing, said the company would cease operations over “frenzied public perception not based in fact.”

He said the matter could have been “handled differently” as an internal personnel matter. He accused Goodwill Fire Company, which has had poor relations with Briarcliffe (the former joined the neighboring company after being expelled from Briarcliffe) of fanning flames of division.

Township officials laid out five conditions the fire company would have had to meet in order to be recognized, The Philadelphia Inquirer reported. They included electing new leadership, permanently barring some members from the company, and having all members issue public apologies for their conduct on the tape, Ewing said.

“They wanted everybody named, and then you have the state senator saying, ‘Oh, we’re going to go after people. It was all over the top,’” Ewing said. “Once there’s a public perception that the fire company is somehow racially discriminatory, and it becomes such a mantra that everybody believes it, then they have to shut down because nobody is going to support them. They’re not going to be able to raise money. They’re not gonna be able to do their job.”

Darby commissioners did not respond to requests for comment. The volunteer fire company’s chief, Dave Byrd, declined an interview request through his attorney.

In a lengthy statement, Briarcliffe members admitted making racially charged statements out of frustration that they claimed were “completely out of character.” According to reports, members joked that it was “time to leave” the area because more Blacks were moving in.

Members denied discriminating against “anyone based on their race,” using the N-word on the tape, or mocking Bility’s name by comparing her first name to the Fanta soda brand. They claimed many of their statements were taken out of context.

Bility’s family previously said it was appalled by the remarks and called for members to be further disciplined. The family’s attorney, Bruce L. Castor Jr., said, “The Bility Family believes that the township acted quickly and decisively. It is a start. The callousness and overt racist behavior are very upsetting to them. They lost a little girl. A little girl, not Black or White, but sweet.”

The company attacked a former member who told WHYY he was responsible for recording the conversation. That firefighter, now a high-ranking officer at Goodwill, was convicted of misdemeanor indecent assault and corruption of minors, according to court records provided to DVJ.

“The members of Briarcliffe Fire Company did not want this member to be a member of the consolidated fire company,” members said in a statement. “The fire companies admit minors as members, and (they) felt these charges should disqualify him from membership.” 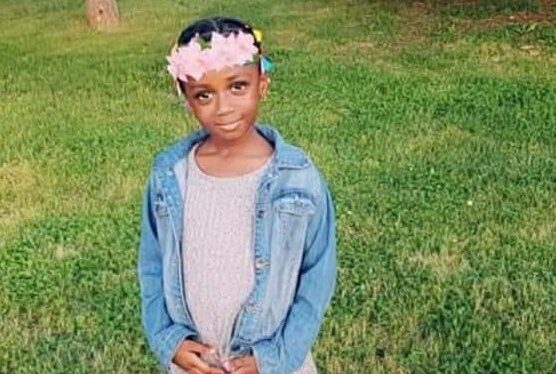 Delaware County and Darby Township officials were joined by Congresswoman Mary Gay Scanlon at a press conference Thursday to denounce racist remarks said by firefighters from the Briarcliffe Fire Company.

After learning about the disparaging comments from members of the Goodwill Fire Company Wednesday afternoon, the township commissioners voted to suspend Briarcliffe for 30 days, pending an investigation.

Delaware County DA Jack Stollsteimer promised at the press conference that a criminal investigation would be done.

Tim Boyce, director of Delaware County Emergency Services, assured residents that other fire companies will fill in and there will be no gaps in services while Briarcliffe is suspended.

Perhaps most egregious among the racist comments were disparaging slurs about the name of Fanta Bility, the 8-year-old Sharon Hill girl who was caught in the crossfire as police discharged their weapons toward a crowd dispersing from an Academy Park football game on Aug. 27, 2001. Those officers were fired and now face manslaughter charges.

Bruce L. Castor Jr., a lawyer for the Bility family, released a statement from the family Thursday evening, saying the family is “appalled by the audio recordings.”

“Fanta was a bright, bubbly, innocent child who looked forward to a life filled with helping others who were hurting or injured — before being killed by careless actions of three Sharon Hill Police officers. A kind and loving girl, Fanta brightened the lives of everyone she met. To speak of her with such disrespect shines the light of shame on those people at the firehouse making the remarks and reflects negatively on those good and true first responders who pledge their lives to the service of all members of the community.

“Americans from every walk of life and of all ideological persuasions should join her family in mourning Fanta’s death and in echoing their calls for justice. By brazenly mocking Fanta and her death, some associated with Briarcliffe Fire Department did a disservice to the community they are sworn to protect, thereby reopening wounds from that fateful night when Fanta lay mortally wounded, though conscious, knowing her life drained away. To trivialize what this young girl endured that night gives new meaning to the descriptive ‘despicable,'” Castor said.

The family and Castor called for disciplinary action against those who made the remarks.

Delaware County Councilman Richard Womack, who lives in Darby, said the incident made it clear that racism has not disappeared, he said.

“Racism raised its ugly head,” said Womack. “We’re going to do whatever we can do to chop it off.”

Scanlon praised the state’s firefighters who “are renowned for their civic commitment” and the “endless hours of training.”

“That’s what makes this all the more horrifying,” said Scanlon. “It’s just a betrayal of the public trust. How can our neighbors trust these first responders will actually come to their aid in an emergency?”

And state Sen. Anthony Hardy Williams (D-Delaware/Philadelphia) called the racist remarks “beyond troubling,” saying that he was offended and as a Black person, he was affected. He agreed with Womack that racism is still present these days.

“How mean-spirited it was to comment on the death of an 8-year-old child,” he said. “That some individuals chose to mock that is…beyond the pale.”

He praised and thanked the members of the Goodwill Fire Company for blowing the whistle on the racist words of their fellow firefighters. And, he said, other first responders “should not be condemned” because of the words of a few.