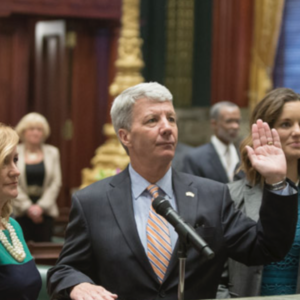 SD-9 Race Slipping Away from Killion

One of the last vestiges of Republican party dominance in Chester and Delaware counties is hanging by a thread.

A Kane victory would be the latest in a string of Democratic wins in the county, including a sweep of the county council in 2019.

SD-9, which Killion won in 2016, straddles Chester and Delaware counties and has been in continuous Republican control since 1874 when Ulysses S. Grant was still president.

On Wednesday, Killion had a significant lead in Chester County’s portion of the vote. But as is the trend in most of the commonwealth, that first vote tally primarily came from those who voted in-person on Election Day, a cohort dominated by Republicans.

As more mail ballots were processed from Democrats, Kane took the lead. Now he just needs to hold it for a few more rounds of counting as the number of ballots dwindles quickly.

The odds of a Killion comeback are long, given that the county said in a release it had “completed the count of all in-person, mail-in, and absentee ballots received by 8:00 p.m. on Election Day.”

But there are some outstanding factors that could affect the outcome.

“Military and overseas ballots are still able to be received and are not reflected in these totals,” Chester County said in a press release, but did not detail how many ballots that might be.

Chester County has also not yet counted “late” mail-in ballots, those postmarked by Election Day but delivered to the county’s voter services division sometime between 8 p.m. on Election Day and 5 p.m. on Friday.

Delaware County, meanwhile, has “approximately 15,000 vote-by-mail ballots yet to be counted. This includes 220 vote-by-mail ballots postmarked by 8 p.m. on Election Day and received by the Bureau via USPS on Wednesday.” The county will be processing overseas and millitary ballots through next Tuesday.

Democrats have been eyeing SD-9 as a potential pick-up, one of the four they need to win a majority in the Senate. A new analysis by PennLive.com shows that those hopes are on the wane, however.

Still, Chester County Democrats have seen a wave of new or changed party registrations in their favor.

Earlier this year, Democrats overtook Republicans in voter registrations in the county, reversing a Republican lead that extended as far back as the Civil War.

That trend made an impact on Killion’s district, even though Killion has steadfastly worked to cultivate a bipartisan reputation over a 17-year career in Harrisburg that includes many years as a state representative. His challenger, John Kane, is a union leader.

A previous analysis of voter registrations by Delaware Valley Journal showed that one year ago, SD-9 had 5,300 more registered Republicans than Democrats. That Republican edge is now down to about 300.

Chester County resident and former state GOP chairman Alan Novak said Democrats will be happy to notch a win, but when it comes to actually moving legislation, they may miss Tom Killion before long.

“They all appreciate — in the other [party’s] caucus — there are centrists, and while they always want to be in the majority, they also do appreciate the fact that it’s easier to get anything done when there’s some centrists on both sides,” Novak told Delaware Valley Journal.

“So when a moderate goes, it doesn’t necessarily make it easier to get things done. You take a Killion out of that, and now there’s a Democrat who will be in the minority versus having a moderate that you can talk to who understands your district who’s in the majority.”