By The Numbers: Delaware Valley’s Most Competitive House and Senate Districts

As national and Pennsylvania polls continue to show Democratic presidential candidate Joe Biden performing well against President Trump, many are beginning to wonder if Biden’s candidacy will be a rising tide that lifts all blue boats.

The prospect of a big Biden win in Pennsylvania has political pundits speculating that one or both chambers of the Pennsylvania General Assembly might flip majority control from Republican to Democrat.

If that were to happen, it would require Democrats flipping more seats in the Delaware Valley while simultaneously holding off a Republican surge in southwest Pennsylvania.

In nearly all of the districts highlighted below, Republicans have been fighting a surge of Democrat registrations which have either narrowed a GOP advantage, or in some cases, have flipped the advantage to the Democrats.

Democrats need to flip nine Republican seats in the House and four in the Senate to win majorities.

Here are the most competitive House and Senate districts in the Delaware Valley strictly in terms of comparing voter registrations.

Democrats have flipped the registration advantage in this district in the last year into a 42-40-16 edge. (In cases where a third number is presented, that represents voter registrations in the “other” category.)

Miles Arnot is the Republican nominee in 2020.

Just 11 months ago, Republicans had a registration lead of 171 voters. Now Democrats lead by 592. So Democrats have added about 700 more voters in the district in the last year, putting more wind at Malagari’s back.

Republicans have a 43-42 lead with 15 percent registered as “other.”

HD-142 is the only district in this analysis in which the GOP gained voters from fall of 2019 to now.

Republican Frank Farry holds the seat and is again facing Democrat Lauren Lareau, whom Farry beat in 2018 by almost 4,000 votes. 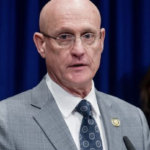 Democrats lead slightly 42-41-16, after flipping the registration advantage in this district in their favor in the last 11 months. In November of last year, Republicans had an advantage of 626 voters. That now has shifted to a Democrat advantage of 505, a net swing of more than 1,100.

Despite the GOP lead, the district is currently represented by Democrat Leanne Krueger-Braneky, who took office in 2015.

Republicans lead 45-43, but this Delaware County district has one of the smallest registrations of “others” in any of the comparable districts, with just 11 percent. The upshot is HD-162 could rely on getting out the base more than other districts.

Democrat David Delloso won the seat in 2018 with an 800 vote margin, and faces Republican Pete Gaglio this year. 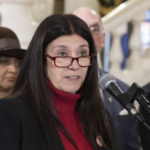 HD-167 represents the biggest net gain for Democrats in any of the House districts in this comparison, flipping the registration to now lead 41-40-17 in this Chester County district.

A 2019 Republican advantage of 1,300 has become a Democrat majority of just under 700. Of the House districts profiled in this piece, none has as many registered voters in the “other” category as HD 167, either as a percentage or in raw numbers, so a candidate that can win over third-party or unafilliated voters could have a serious advantage. 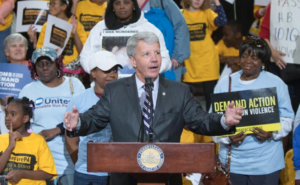 SD-9 is the closest of all the districts in this comparison, as Republicans have a slim 356 advantage out of almost 200,000 registered voters.

But a year ago, the GOP advantage was nearly 5,300, meaning more than 90 percent of their advantage has been swept away.

The broad gains made by Democrats all over Chester County have drastically recast this race in particular.

Both parties added several thousand new voters in the last year, but it’s the Democrats that had more acceleration.

In 2019, Democrats had a scant majority of about 140 voters at a time when both parties had roughly 78,000 voters apiece.

Only odd numbered Senate seats are up for election this year, so SD-10 won’t be voted on this November. Democrat Steve Santarsario won handily in 2018 with a 6,000 vote advantage out of roughly 130,000 votes cast.

Republicans have held their ground in the Bucks portion of this district, but Democrats have been making headway in the Montgomery portion. In late 2019, the Montgomery area of the district had a Democrat advantage of about 2,600 voters. In the intervening months, they’ve more than doubled that into an advantage that is almost 6,000 voters strong.

Again, as an even-numbered district, this seat is not on the 2020 ballot. Democrat Maria Collett is the incumbent.