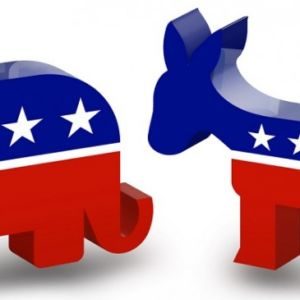 Chester County Democrats are celebrating a historic milestone this week as new data from the Pennsylvania Department of State shows more registered Democrats in the county than Republicans.

Republicans have had the upper hand in the county going back as far back as the Civil War by some estimations.

“Energized,” was Democratic County Committee Chairman Richard Bingham’s one-word response to how he felt about the numbers. “We’re not going to rest on our laurels by any means. We’re going to keep pressing forward.”

As recently as 2018, county statistics showed Republicans with a 15,000 voter registration advantage.

Just two months ago, Bingham predicted to Delaware Valley Journal his party would overtake Republicans sometime in mid-April based on trends. If the coronavirus slowed that down by three or four weeks, he did not seem bothered.

How much of that political shift has already been registered in the county and how much power Democrats have yet to exert there is now the lingering question.

“Party registration is something of a lagging indicator,” veteran political journalist Michael Barone told Delaware Valley Journal.  “[Chester County] was voting for Hillary Clinton in 2016, it voted heavily for the Democrats in 2018, and the party registration is catching up with that.”

Clinton was only the second Democrat presidential candidate to win the county out of the last 13 contests, according to The Hill.

Bingham acknowledges the trend has been accumulating for years but is banking that Democrats still have more runway to use.

“We’re very much in stampede mode, and they’re very much in flight mode,” Bingham said. “We’re looking forward to widening our lead probably over the next several years.”

When Bingham predicted weeks ago the registration reversal would soon be complete, Pennsylvania Republicans were quick to point out that Democrats were losing the voter registration battle statewide.

“The Chester County Democrats are only pointing out part of the story,” Charlie O’Neill, deputy executive director for the Pennsylvania GOP told Delaware Valley Journal.

“Since 2016 the Democrat registration advantage in Pennsylvania has shrunk by more than 100,000 voters. There are 54 counties under Republican control, a new record,” he said. “The Republican Party is also fresh off three special election wins in the State House, including a district that voted for Clinton in 2016.  President Trump is going to win Pennsylvania again in 2020 and continue to help grow our party.”

Bingham heaped generous praise on the scores of party workers who contributed to Democrats in recent years, saying he had the coincidental pleasure of being the chairman at the time the registration statistic flipped in their favor.

November 2019 in particular was a watershed moment for Democrats in the Delaware Valley, picking up a majority of county commissioners in Bucks and Chester, and making a clean sweep of the county council positions in Delaware County.

“Those results are a reflection of what should be a growing concern for the GOP: voters,” former Republican National Chairmain Michael Steele said at the time. “It’s not enough to turn out your base, at some point you have to grow it, especially given the changing demographics and politics of suburban communities.”