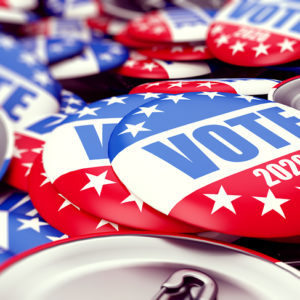 While the U.S. Senate race is still too close to call and most of the primary battles across the Delaware Valley were settled Tuesday night, the GOP race in the Sixth Congressional District remains undecided.

Former Chester County Chamber of Commerce CEO Guy Ciarrocchi appears to have won the chance to take on incumbent U.S. Rep. Chrissy Houlahan in the Chester/Berks district. But he hadn’t declared victory as of Wednesday afternoon. Two of his opponents, Regina Mauro and Ron Vogel, have already conceded his victory.

In the statewide race for lieutenant governor, state Rep. Carrie DelRosso, beat nine others to become the Republican candidate for that office.

“I am honored that Pennsylvania Republicans have nominated me to carry the banner of common-sense conservatism in this year’s election,” said DelRosso. “I’m deeply grateful to my supporters and I have grown a deep respect for the others who added so much to the public dialogue in their own campaigns for lieutenant governor. We are always stronger when we have many voices in the room and I learned much from the other hopefuls and thank them for their commitment to a stronger commonwealth.”

Across the aisle, state Rep. Austin Davis prevailed over two others in the Democrats’ lieutenant governor primary. Cash-flush Attorney General Josh Shapiro, who is running for governor and had no primary opponent,  campaigned for Davis, running TV ads and even fielding a billboard truck that drove around West Chester earlier this week.

“Thank you to everyone who voted in the primary yesterday,” Jill Dennin posted on Facebook. “My team and I are energized and there is a lot of work to be done between now and November. With so much at stake, we will need everyone’s help to reach all our voters.”

Pennycuick said, “I can’t thank the army of volunteers and supporters who backed my campaign through this primary election enough.  We enjoyed a big win yesterday. I was encouraged by the enthusiasm and energy of the voters. It is clear people are sick of the disastrous economic policies causing runaway inflation and skyrocketing grocery bills and gas prices, and I look forward to taking my message of commonsense economic, fiscal, and education policies to the entire electorate.”

In the 8th state Senate District, incumbent Anthony Hardy Williams (D-Delaware/Philadelphia) beat back a challenge from teacher Paul Prescod. No Republican is running in that district.

And in Delaware County, Democratic voters picked challenger Carol Kazeem, a community organizer backed by Working Families PA, over incumbent state Rep. Brian Kirkland in the 159th House District.  Kazeem will square off against Republican Ruth Moton in the fall.