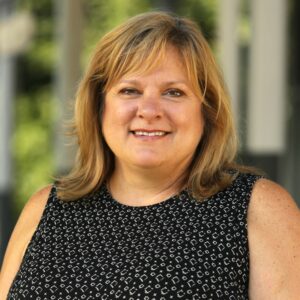 Pennycuick (R-Harleysville) says she loves her current job serving her constituents, but since Mensch is retiring, she decided to run for the Senate “so there will be a continuity of services.”

Pennycuick wants to “maintain the integrity of the area, the values of our area. I really love the job.”

If she is elected to the Senate, Pennycuick says she would work to change Pennsylvania’s onerous tax laws that are causing senior citizens to lose their homes and driving businesses to other states.

Pennycuick grew up near Boston. An Army combat veteran, she initially enlisted as a medic. She earned a degree in business and a commission in the U.S. Army. She served as a Blackhawk pilot, including three combat tours in Iraq, Afghanistan, and Desert Storm where she was awarded the bronze star.

Pennycuick and her husband, Rick, who also served in the armed forces, settled in Harleysville when he was in command of the Defense Contract Management Agency (DCMA) Philadelphia. The couple has four grown children, three of whom are serving in the military, and two grandchildren.

“I’m excited by the opportunity to expand my service to our communities in the state Senate,” said Pennycuick. “As state representative, I’ve focused on providing our front-line heroes, families, seniors, workers, and small businesses with the support they need through the pandemic while also pushing forward important legislation that protects some of our most vulnerable populations and vital government reform.

“Additionally, we’ve made sure our schools have the resources they need to provide excellent education, so our students succeed despite the adversity presented by the pandemic.  The outpour of support thus far has been humbling, and I look forward to campaigning for every vote this year,” she said.

“I’ve worked with Tracy in Harrisburg and her district over the past couple years, and when I decided to retire, I could think of no one who would work harder for the residents of the 24th state Senate District.  Clearly, Tracy is a fighter. Her years of service in the U.S. Army and work in the private sector have prepared her for this job which is why she has been so successful in the state House. I’m happy to lend my support to her for state Senate,” stated Mensch.

If she is elected, Pennycuick says she wants to make Pennsylvania “more attractive for businesses to come and do business.”

“We have a declining population,” said Pennycuick, noting the state has lost congressional seats. By making the state more attractive for business and manufacturers, it will be more likely that “our kids stay in the area,” she said.

She would also like to “fix the school tax and real estate taxes,” so that senior citizens can afford to stay in their homes.

“That’s a big issue,” she said, and something homeowners always complain to her about.

As for reducing school taxes, Pennycuick would like to have smaller districts join larger districts so there is “an economy of scale” and districts would not be paying so many administrators. There are currently 500 school districts in Pennsylvania, she noted.

Cuts to real estate taxes could be paid for through increasing the sales tax and the personal income tax, she said. But she would like the money to stay local, rather than going to the state.

“We can do it better and have great schools,” she said. “We owe it to our seniors.”

“We’ve got to think outside of the box and be more fiscally responsive,” said Pennycuick, who favors educational choice. “We need to give our kids an opportunity to be successful. No parent ever wakes up and says, ‘I want my kid to go to a failing school.”

She would also like to see more transparency in state government as well.

Pennycuick, who said she prioritizes constituent services, was elected in the House in 2020. She has supported first responders, workers, and victims of violence. She helped pass a budget that “fully funded” schools and for reforms in state lobbying practices. She also practices bipartisanship and tries to have a Democrat as a co-sponsor of her bills, when possible.

“I’m a firm believer in fixing problems,” said Pennycuick. “We have to work together.”

After the military, Pennycuick started a small business in the aviation services industry and employed 17 people. She learned firsthand the difficulties businesses face dealing with government red-tape and regulations. That was why she has worked to support small businesses in the face of the pandemic as they fight to survive and continue to meet payroll each week.

Pennycuick served as the director of Veterans Affairs for Montgomery County for three years and continues to serve on several veteran non-profit boards.

When she is not working, Pennycuick enjoys traveling, snowshoeing, refurbishing old furniture, and rehabbing houses. Most recently, she went to Alaska, where one of her daughters is stationed and “petted a moose.”