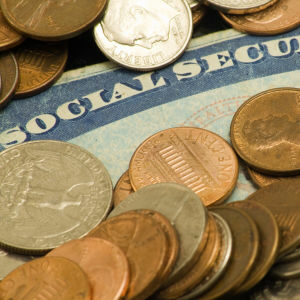 Counterpoint: No to Eliminating (or Raising) the Social Security Tax

For an alternate viewpoint, see: Point: Social Security’s Future Is a Question of Values, Not Affordability

I oppose the proposed elimination in 2023 of the $160,200 cap on earnings subject to the payroll tax rate of 12.4 percent paid to Social Security.

Dating back to its original days in the Franklin Delano Roosevelt administration, Social Security has been designed with two goals in mind: (1) enable lower-wage workers, without access to insurance, pensions and retirement accounts, to prepare for retirement and insure against premature death and disability in a dignified manner, and (2) encourage labor effort, particularly at prime working ages. It does this by tying retirement, disability and survivor benefits to the individual’s lifetime earnings.

While there is some redistribution from higher-wage to lower-wage workers so that proportionately lower-wage workers get more from their taxes paid, Social Security is decidedly not a welfare program in design and in its official description. Eliminating the cap on earnings would further reduce the link between earnings and benefits. This would be politically harmful to the program and discourage work.

In particular, imposing a massive tax increase — 12.4 percentage points — on the earnings of about 10 million highly productive, mostly middle-class workers earning more than $160,200 would have several notable consequences. It would reduce their support for the program, severely discourage their labor market participation, and encourage payroll tax avoidance through converting earnings to incentive stock options and other forms of employee stock ownership.

It would also provide extra unneeded benefits to them. Most of these workers have ample and often employer-subsidized access to pensions, retirement accounts and insurance. The ability to avoid the tax would introduce an element of unfairness because the highest-wage workers, like company executives and professionals, would find it faster and easier than well-paid government, non-profit and mid-level company employees to substitute employee stock participation for wages. In many instances, these workers would have their wages taxed at federal, state and local levels at rates exceeding 70 percent.

The reality is that most Americans earning more than $160,200 are not really wealthy, especially if they live on the coasts, have large families, or have high educational or health expenses. Many would have trouble bearing the additional heavy tax burden if the cap were removed.

Over time, personal income volatility also renders such a large tax increase unfair. Many workers experience high earnings temporarily or at the close of their careers. According to the Social Security Administration, although about 6 percent of workers earn above the taxable maximum, almost 20 percent of current and future covered workers are projected to earn above the taxable maximum in any one year. Therefore, taxing above the current maximum, does not mean one is capturing the earnings of only workers with very high lifetime incomes. Besides, many of these higher-income workers have already been tapped in recent years, with large tax increases going to Medicare and paying for the Affordable Care Act.

Even with the most draconian version of this proposal, where the tax cap is removed but no additional benefits result from it, and the extra monies go to Social Security, the revenues would be far below the amount needed for program solvency at the currently scheduled benefit levels. According to the Congressional Budget Office, initially, only about two-thirds of the annual shortfall would be filled, declining to one-half in later years.

Advocates who think this change is an easy fix to avoid other program reforms are mistaken. Moreover, they are ignoring the severe state of federal finances, which are rapidly deteriorating even outside of Social Security’s increasing call on resources; and will necessitate either program cuts, more revenues, or some combination. If more revenue is the goal, where will it come from if we have already increased Social Security payroll tax rates by 12.4 percentage points on middle-class and upper-income workers?

There are many reasonable and fairer ways to get a solvent Social Security program without raising payroll taxes. These reforms reflect a modern economy, society and labor market, as well as new modes of retirement saving, while still preserving the original goal of the program.

Mark J. Warshawsky is a senior research fellow with the Mercatus Center at George Mason University, was a member of the Social Security Advisory Board from 2006 through 2012, and was vice chairman of the federal Commission on Long-Term Care in 2013.