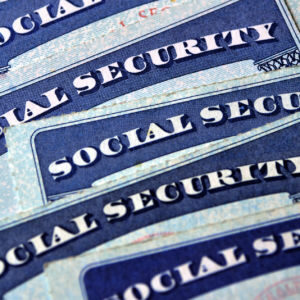 Point: Social Security’s Future Is a Question of Values, Not Affordability

For an alternative viewpoint, see: Counterpoint: No to Eliminating (or Raising) the Social Security Tax

Social Security is conservatively financed and managed. It has no borrowing authority and cannot deficit-spend. To ensure that all benefits can be paid in full and on time, Social Security’s Board of Trustees reports to Congress annually, projecting the program’s income and outgo over three-quarters of a century. That is a longer valuation period than private pensions or most other countries project for their counterpart programs.

When such a long period is employed, projections will sometimes show unintended surpluses or shortfalls. Unsurprisingly, the Social Security trustees are reporting a manageable shortfall more than a decade away. It should be closed by increasing Social Security’s dedicated revenue.

One widely mentioned and popular approach is to eliminate the income cap on which Social Security’s insurance contributions are assessed. Currently, most workers contribute to Social Security all year long. But the highest-paid workers stop contributing after their earnings reach the cap — $147,000 in 2022. Depending on how quickly the cap was phased out and to what extent the additional contributions are credited toward future benefits, eliminating it would significantly close the shortfall.

As one example of that approach, Social Security 2100: A Sacred Trust (H.R.5723/ S.3071), which has more than 200 co-sponsors in the House of Representatives, expands benefits while phasing out the cap over 30 years, starting with earnings of more than $400,000. It eliminates more than 60 percent of the projected shortfall.

Another example is the Social Security Expansion Act (S.4365/ H.R.8005), which increases benefits by $200 a month and completely eliminates the 75-year shortfall. It does so by phasing out the cap over 20 years, starting with earnings over $250,000, and assessing Social Security contributions on unearned investment income and earned income.

Important, both bills expand benefits with no cuts. That is crucial. Restoring Social Security to a long-range actuarial balance is important. But it is simply a means to the end of providing working families with economic security. The first question should be whether the benefits are large enough. Only the second question is how to fund those benefits fairly.

Social Security is more universal, secure, fair and efficient than its private-sector counterparts.  Its one shortcoming is that its benefits are too low by virtually any measure. As a result of its inadequately low benefits, together with the disappearance of private-sector pensions, the nation is facing a retirement income crisis. Cutting Social Security’s already low benefits would exacerbate that crisis.

The nation is facing rising, destabilizing income and wealth inequality, a development President Barack Obama called “the defining challenge of our time.” In addition to its other harms, rising inequality has cost Social Security billions of dollars of revenue every year due to increasing amounts of earnings exceeding Social Security’s cap. Expanding Social Security’s modest benefits while requiring the wealthiest to pay more is a solution to not only the retirement income crisis and the economic squeeze on working families but also inequality.

There are numerous options. The late Robert M. Ball, the longest-serving Social Security commissioner and widely recognized as the foremost expert on our nation’s Social Security system at the time of his death, proposed that the estate tax should be dedicated to Social Security. Other possibilities include a financial transactions tax, a wealth tax and a surtax on incomes in excess of $1 million.

An expanded Social Security is unquestionably fully affordable. Social Security’s cost as a percentage of gross domestic product is close to a level line for the next three-quarters of a century and beyond.

Whether to expand or cut benefits is a question of values, not affordability. Fortunately, as polarized as the nation is over many issues, polls reveal that Americans overwhelmingly agree that Social Security should be expanded, not cut. They also agree that the wealthiest, who have benefited greatly, should pay more toward the common good. This is the best policy, as well.