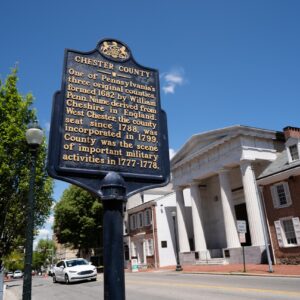 Chester Co. Board Votes to Certify 2021 Election, Despite Public Outcry

Chester County commissioners, sitting as the Election Board, have voted to certify the Nov. 2 election results. It voted 2-1, with Republican Michelle Kichline opposing, to certify the election.

Commissioners got an earful of complaints from irate residents last Monday. Michael Taylor, the solicitor for the Chester County Republicans took issue with comments from Charlotte Valyo, chair of the county Democrats, that were reported in a previous Delaware Valley Journal article.  Taylor said he does not disagree with the GOP Chairman Dr. Gordon Eck’s assessment that numerous issues occurred during the 2021 election, but rather, Eck learned of those issues from Taylor.

“Let me be clear, there are serious issues with the count in Chester County caused by the failure of the electronic resources employed by the county to tabulate the vote,” said Taylor. “I have voiced them to county staff and at yesterday’s Board of Elections Meeting. The concerns voiced by Dr. Eck were first raised by me. Simply because I am polite and professional in dealing with the Democratic solicitor and or county staff does not equate to agreement or compliance with the election process. It astounds me that such a conclusion could be reached and underscores the divisive nature of politics in 2021.”

The issues included mail-in ballots that were damaged by a machine that opens the mail and then taped together, jammed scanners, a bag of uncounted 265 ballots found days after the election, and problems with UBS computer sticks with votes stored on them. Taylor said he and the Democrat’s solicitor will work with the county commissioners and staff to improve the vote-counting process.

He also hopes to “ameliorate the distrust many Republicans feel with the mail-in ballot program,” said Taylor. “It is not a good program, but we have to learn to work within the rules of the game. I am concerned that too many of my party’s voters stayed home because of distrust or disgust with the mail-in ballots. Educating them on the program can only assist in bringing trust back to the public.”

More than 20 people told the commissioners they don’t believe the election results were accurate due to issues such as damaged ballots, a bag of ballots found days after the election, and discrepancies with the voter rolls.

“What is the worth of a single life?” asked a Malvern man. “Hundreds of thousands of men and women have sacrificed their lives for our right to vote.” His son-in-law lost a leg in Iraq. “What’s a leg worth? If they thought there were counterfeit bills in a pile of money, wouldn’t they do more than just recount the same money? What is the worth of your election oversight and integrity?”

Another resident said the “citizens demand a full forensic audit.”

Elaine Weber said the county has had the same issues with the last three elections because of mail-in ballots.

Suzie Smith said, “I don’t understand why two commissioners won’t agree to a full audit. It is unacceptable to certify this election with all these issues.”