Chester Co. Board Votes to Certify 2021 Election, Despite Public Outcry 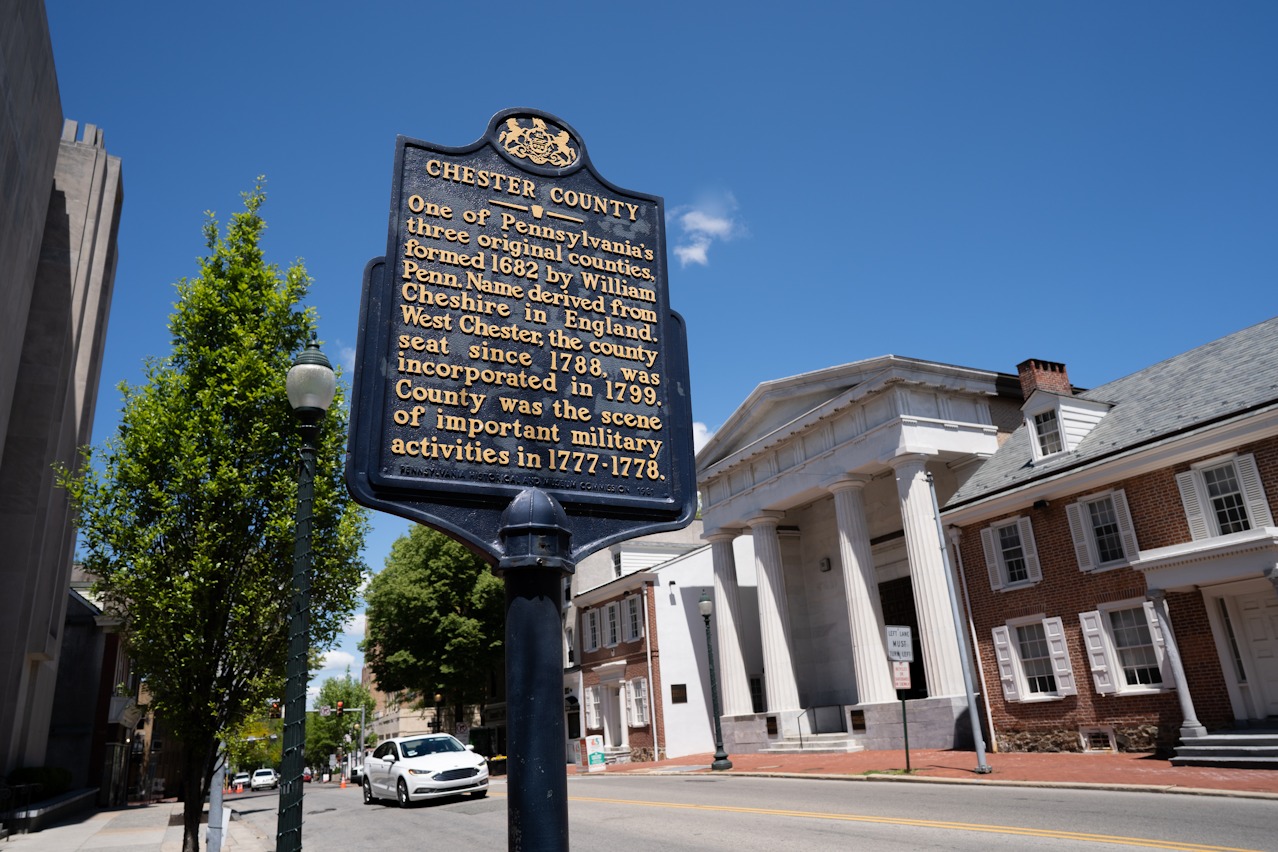 Chester County commissioners, sitting as the Election Board, have voted to certify the Nov. 2 election results. It voted 2-1, with Republican Michelle Kichline opposing, to certify the election.

Commissioners got an earful of complaints from irate residents last Monday. Michael Taylor, the solicitor for the Chester County Republicans took issue with comments from Charlotte Valyo, chair of the county Democrats, that were reported in a previous Delaware Valley Journal article.  Taylor said he does not disagree with the GOP Chairman Dr. Gordon Eck’s assessment that numerous issues occurred during the 2021 election, but rather, Eck learned of those issues from Taylor.

“Let me be clear, there are serious issues with the count in Chester County caused by the failure of the electronic resources employed by the county to tabulate the vote,” said Taylor. “I have voiced them to county staff and at yesterday’s Board of Elections Meeting. The concerns voiced by Dr. Eck were first raised by me. Simply because I am polite and professional in dealing with the Democratic solicitor and or county staff does not equate to agreement or compliance with the election process. It astounds me that such a conclusion could be reached and underscores the divisive nature of politics in 2021.”

The issues included mail-in ballots that were damaged by a machine that opens the mail and then taped together, jammed scanners, a bag of uncounted 265 ballots found days after the election, and problems with UBS computer sticks with votes stored on them. Taylor said he and the Democrat’s solicitor will work with the county commissioners and staff to improve the vote-counting process.

He also hopes to “ameliorate the distrust many Republicans feel with the mail-in ballot program,” said Taylor. “It is not a good program, but we have to learn to work within the rules of the game. I am concerned that too many of my party’s voters stayed home because of distrust or disgust with the mail-in ballots. Educating them on the program can only assist in bringing trust back to the public.”

More than 20 people told the commissioners they don’t believe the election results were accurate due to issues such as damaged ballots, a bag of ballots found days after the election, and discrepancies with the voter rolls.

“What is the worth of a single life?” asked a Malvern man. “Hundreds of thousands of men and women have sacrificed their lives for our right to vote.” His son-in-law lost a leg in Iraq. “What’s a leg worth? If they thought there were counterfeit bills in a pile of money, wouldn’t they do more than just recount the same money? What is the worth of your election oversight and integrity?”

Another resident said the “citizens demand a full forensic audit.”

Elaine Weber said the county has had the same issues with the last three elections because of mail-in ballots.

Suzie Smith said, “I don’t understand why two commissioners won’t agree to a full audit. It is unacceptable to certify this election with all these issues.”

Chesco Ballot Problems in the Eye of the Beholder? 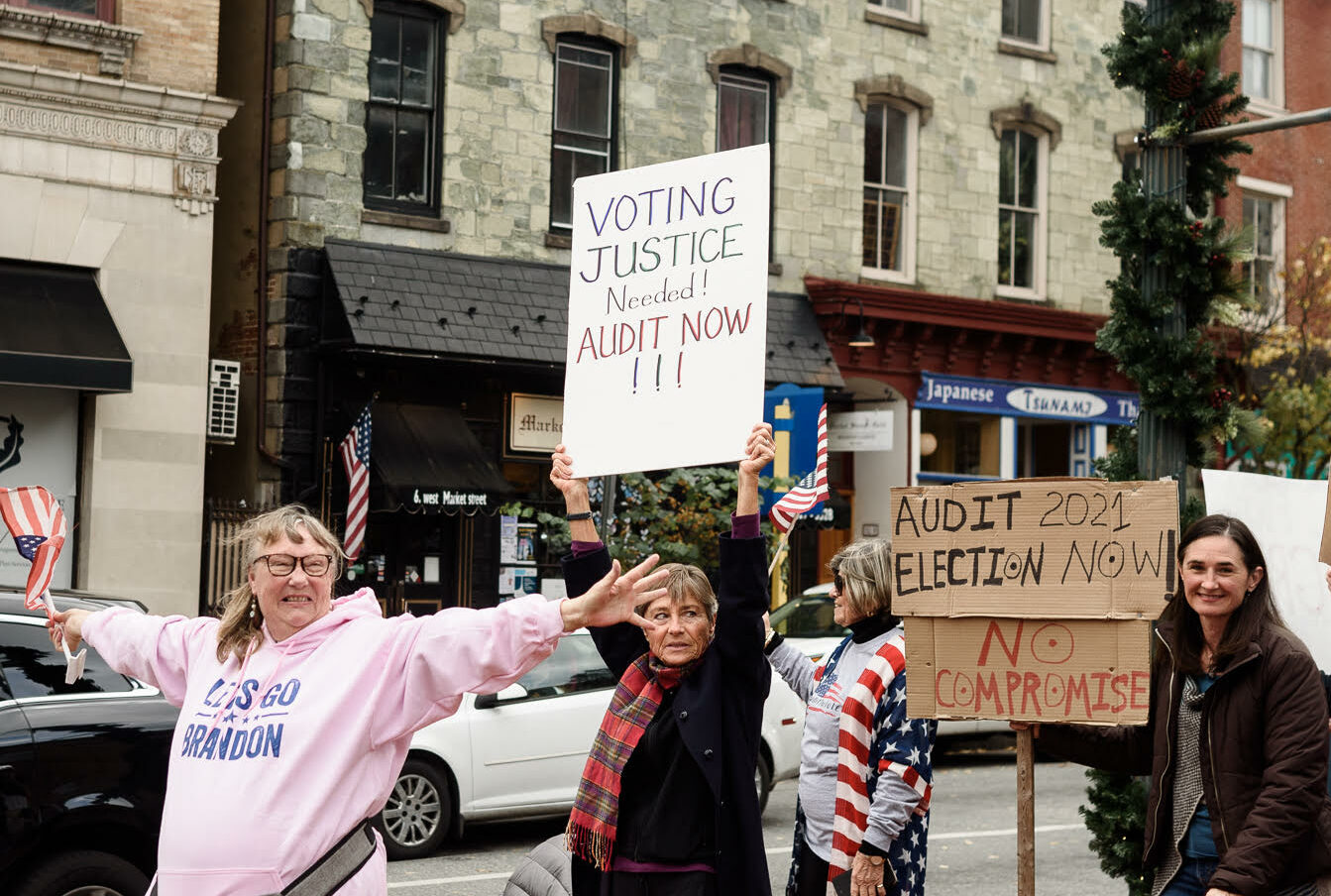 So, what happened on Election Day in Chester County? Ballot fiasco or “no big deal”?

Dr. Gordon Eck, chair of the Chester County Republicans, has requested a forensic audit of the November 2 election. He pointed to what he alleges were multiple ballot problems. His Democratic counterpart, Charlotte Valyo, dismissed those concerns and sees no need for further action.

The county Board of Elections is expected to discuss the issue on Tuesday, November 23, after Republican minority Commissioner Michelle Kichline sided with Eck and called for a recount. Residents who are concerned about election integrity have taken to the streets and held protests at the Chester County Courthouse to voice their concerns.

Republican Greg Simotas, who ran for a seat on the Downingtown School Board, was ahead in the vote count on election night. But by Wednesday morning his margin had dropped and eight days later the results showed he had lost at 45 percent to Democrat LeeAnn Wisdom, who ended up with 53 percent. Simotas is not claiming there was fraud. But he says the process of counting the ballots was not smooth and he was disturbed that misplaced ballots were found after the election, among other irregularities. He says an investigation is needed for people’s “peace of mind about the integrity of the election.”

“We need to get to the bottom of what happened,” Simotas said. The process was “inefficient and sloppy.”

A GOP press release outlined the details of alleged irregularities, which included mail-in ballots that were damaged by a machine that opens the mail and then taped together, jammed scanners, a bag of uncounted 265 ballots found days after the election, and problems with UBS computer sticks with votes stored on them.

Kichline sent a letter to her colleagues saying “these irregularities continue and must be fixed.”

“More importantly, the county must clearly identify and correct the failures of its election processes so that all our citizens may feel confident that their votes will be properly counted, recorded, and certified in future elections,” Kichline wrote. “Specifically, we must have answers about the chain of custody for every last vote cast in this election. The voters of Chester County deserve to know that their votes, whether sent by mail or cast in person, were properly handled and counted.”

“The issue is the process. How do I know my ballot wasn’t taped? What was the chain of custody? There needs to be an investigation. While this election had a 39 percent turnout, what will happen in 2022 when the Senate and governor’s race bring out 69 percent or more? How great is the magnitude of the problem? Election integrity is fundamental to our whole democracy,” Eck said.

But Chester County Democrats have another view.

“The continued insistence by the Republican chair that there were serious problems during this election is not just an effort to undermine confidence in election results, but also casts doubts on the performance of the Republican solicitor,” said Valyo. “Both the Republican and Democratic solicitors were included in all decisions made that affected the ballot counting processes. Both the Republican and Democratic solicitors agreed to the reconciliation process, the scanning process, and the determination that all ballots were secure at all times. Ballots have been counted and the results uploaded to the CCVS website and reported to the Department of State. As always there will be a bipartisan review of all election processes to improve procedures going forward.”

She also thanked everyone who voted and those who work at Voter Services.

“Chester County Voter Services has now uploaded election results that include all in-person, mail-in and absentee, provisional, and military/civilian overseas votes,” said Rebecca Brain, county spokesperson. “Throughout the ballot counting process, Voter Services staff has worked alongside both the Democratic and Republican parties, as well as experts from our voting system vendor, ES&S.  Having identified a discrepancy during the counting of mail-in and absentee ballots late last week, the county identified and isolated the cause of the issue, and recounted the impacted ballots in order to ensure every legally-cast vote was counted. These results remain unofficial until certified by the Board of Elections.”