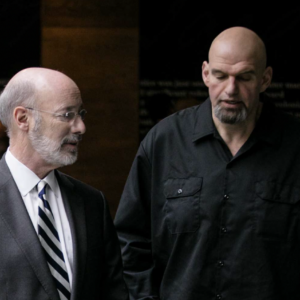 Not all Pennsylvanians are applauding Gov. Tom Wolf’s (D) plan to issue across-the-board pardons for people with “minor” marijuana convictions.

“While this may or may not technically be within the scope of the governor’s power, an en masse pardon strikes me as an overreaching encroachment on the legislature’s domain,” said Bucks County District Attorney Matt Weintraub. “For now, we will stay the course in Bucks County.”

The Wolf administration says its new pardon policy is intended for people with “select minor, nonviolent marijuana criminal convictions. But Jason Gottesman, press secretary to House Majority Leader Kerry Benninghoff (R-Dist. 171), says the administration has shown disregard for both the legislative process and the judicial process.

“From an administration that actively threw people into the criminal justice system for trying to earn a living during the pandemic, they have now caved to their political base to pull people out of that same process for drug crimes,” says Gottesman. “This literal ‘get out of jail free’ card is outside the normal scope of the pardons process, lacks serious oversight, and does even more to pick winners and losers in the criminal justice reform process.”

This would not be the first time the governor has granted pardons. According to his office, Wolf has granted 2,098 pardons. Three hundred twenty-six of those were part of what Wolf describes as an expedited review for nonviolent marijuana-related offenses.

Speaking at Wednesday’s announcement, Wolf said he has repeatedly called on the Republican-led General Assembly to support the legalization of adult-use marijuana.

“But they’ve yet to meet this call for action from myself and Pennsylvanians,” said Wolf. “Until they do, I am committed to doing everything in my power to support Pennsylvanians who have been adversely affected by a minor marijuana offense on their record.

Lt. Gov. John Fetterman (D), who is also a candidate for U.S. Senate, said the project will deliver second chances to “thousands of deserving Pennsylvanians who are trying to improve their lives” amidst the legislature’s refusal to legalize marijuana.

“Nobody should be turned down for a job, housing, or volunteering at your child’s school because of some old nonviolent weed charge, especially given that most of us don’t even think this should be illegal,” said Fetterman.

Fetterman has been an outspoken advocate of decriminalizing pot, to the point of obsession, some critics say.

“All he wants to do is legalize marijuana,” retiring state Sen. Bob Mensch told DVJournal in a recent podcast. “You would expect that someone who’s running to be my U.S. senator would have more than one initiative.”

The National Organization for the Reform of Marijuana Laws (NORML) applauds the announcement and those in the executive branch.

“It’s a good example of Gov. Wolf and Lt. Gov. Fetterman doing everything they can from the executive office on this issue,” Chris Goldstein, NORML’s Pennsylvania, New Jersey and Delaware regional organizer told the Associated Press. “There could be hundreds of thousands of people that apply.”

Republicans, however, say Wolf’s move reeks of 11th-hour desperation from an administration in search of a legacy.

“Instead of granting hyper light speed pardons based on what they wish the law to be, they instead should work with the legislature on real reform, not a sideshow for a major office candidate,” Gottesman said.

The Pennsylvania Board of Pardons is taking applications through September 30 as part of the PA Marijuana Pardon Project.

Pennsylvanians eligible for the opportunity to be pardoned are those with one or both of the following convictions: