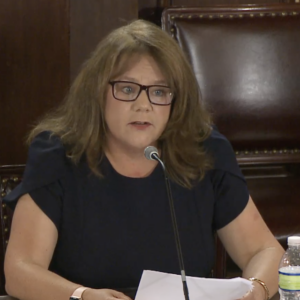 Higher energy and utility prices continue to hit Pennsylvanians in their pocketbook, and experts say there is no sign of relief coming any time soon.

“Our modern way of life depends on energy from natural gas and oil – from transportation and electricity to clothing and cell phones, as well as pharmaceuticals, plastics and personal protective equipment,” said Stephanie Catarino Wissman, executive director of American Petroleum Institute Pennsylvania. “As energy costs increase, so do the costs of many goods and services.”

Since February, President Joe Biden and his fellow Democrats have blamed gas price increases on the war in Ukraine, using the term “Putin Price Hike” to describe prices that have doubled since Biden took office.

Wissman acknowledged that “geopolitical instability in Eastern Europe with the Russian/Ukraine crisis” has been an issue, but she said more fundamental forces are driving prices up.

“Oil prices are currently at a seven-year high amid a persistent global supply crunch, workforce constraints, and changing logistics for product movement,” said Wissman. “There’s also the economic rebound following the initial stages of the pandemic, and policy uncertainty from Washington.”

“Here in Pennsylvania, Governor Wolf has undertaken unilateral action to prohibit development of natural gas resources within the entire Delaware River basin, depriving tens of thousands of landowners of their property rights,” said Henderson. “Additional strategic leasing of state forest land done in a manner that would not disturb any additional surface of the forest has also been prohibited.”

Henderson also noted the “inability to secure permits” and operate in a rational, predictable regulatory climate that “continues to discourage and dissuade capital investment and job creation in the Commonwealth.

“Consider, for example, the Department of Environmental Protection (DEP)’s erosion and sediment control general permit, the most basic permit necessary to begin the process of building a well pad, an access road, or laying a pipeline and related infrastructure. Since just 2015, the timeframe to issue this most basic permit has increased nearly 100 percent in the DEP north central regional office,” Henderson said.

It increased from an average of 117 days in 2015 in the southwestern regional office to 183 days last year.

“It is important to bear in mind that under DEP’s own guidelines, this permit should be issued in less than 45 days and in many cases less than 14 days,” he added.

“This is a troubling time for Pennsylvanians, just like it is for all Americans,” said Daren Bakst, senior research fellow at The Heritage Foundation, a center-right think tank in Washington, D.C. “This current inflation acts like a tax on all of us and is hurting our quality of life.”

Like Wissman and Henderson, Bakst said government actions have contributed to the problems.

“Policymakers at all levels of government should be laser-focused on removing the government intervention that is driving up prices, including food prices,” said Bakst. “Instead of driving inflation, policymakers need to remove the policies that are contributing to it.”

There is a lesson here for Pennsylvania and its oil and gas sectors, said Terrance J. Fitzpatrick, president and CEO of the Energy Association of Pennsylvania.

“If every state, including Pennsylvania, went the way some states are going — like California, the New England states, even New York, and I’m not trying to throw darts at them — but you would have an energy policy where you didn’t develop any of these supplies,” said Fitzpatrick. “We would be in the same position as they are, and as bad as the prices are now, if we had not developed the Marcellus Shale, if we didn’t develop these supplies, [our nation] would be in an even worse position.”

Fitzpatrick acknowledged the argument from environmental groups that the use of fossil fuels is contributing to climate change, but he said bad things will happen if we stop using fossil fuels.

“If we cut off the energy supplies that we have in the vain hope that some of these other things are going to work, we’re going to create an even bigger crisis down the road.”