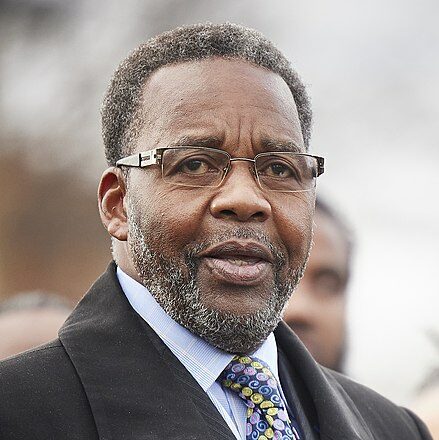 Commonwealth Court Judge Ellen Ceisler unloaded on Chester city leaders in a ruling expanding the state Receiver’s power over the financially-strapped government, accusing elected officials of nepotism and incompetence. While she did not grant Receiver Michael Doweary everything he wanted, she extended his authority to include the right to remove city council members from their city jobs and “put experienced professionals in their place.”

One example noted by the receiver was Councilman William Morgan, who fell for a phishing scheme that lost $400,000 in city funds. He failed to tell the Receiver about the loss for months.

“Councilmember Morgan can no longer serve as the head of finance and human resources,” the judge ruled. Ceisler also pointed to nepotism in her ruling, saying, “At the hearing, Receiver recounted that, at one point, the mayor’s former son-in-law, Ronald Starr, was placed in charge of economic development.”

While city officials and the Receiver all recognize the need for economic development, Ceisler wrote, “By all accounts, the only progress Mr. Starr made on that front during his tenure was to obtain a liquor license for one of his businesses.”

The state appointed Doweary to help the financially troubled city regain footing.  But he appealed to the Commonwealth Court, which has jurisdiction over him, for more control, claiming that city officials are not cooperating.

“The Court concludes that all of this evidence, viewed together, demonstrates the city officials’ continued lack of transparency and lack of cooperation with (the) Receiver and his team. Even worse, Mayor Kirkland has verbally – and publicly –threatened and disrespected Receiver on more than one occasion,” Ceisler wrote.

According to testimony and court findings, Mayor Thaddeus Kirkland called Doweary the “N” word, told him to “watch your back” and “your days are numbered.” And Councilwoman Elizabeth Williams called Doweary “slave master.”

Other issues that arose during the three-day hearing included payments to a former employee in jail on child rape charges and a police chief who allowed his friends to work excessive overtime in the last year before retirement to increase their retirement pay.

The judge also agreed with Doweary’s request to have the city’s chief operating officer become its chief administrator to provide a “clear chain of command” for employees.

“We are grateful for the court’s decision which we believe brings desperately needed clarity to city operations and the ability to ensure professional management all to the benefit of City residents,” said Vijay Kapoor, chief of staff to the Receiver for the City of Chester.

Schuster said, “The city and the elected officials are carefully reviewing the Court’s decision.”

Doweary has also filed a separate bankruptcy case on behalf of the city, which is ongoing.

Frank Catania, the lawyer for Chester Water Authority, said his organization is watching the Receiver’s actions closely after attempts to pull the authority’s assets into a resolution of the city’s financial crisis. He said he does not know if the allegations about city officials are true, but he found the timing curious.

“If the Receiver’s description is correct, then this has been a problem for months — years, really. But they get this ruling now, just weeks before the filing period opens to get on the ballot for the upcoming municipal elections?”

The first day to circulate and file nomination petitions is February 14.

“You can’t ignore the fact that this is an election year, and the judge isn’t doing these city officials any favors. The timing is curious, at least,” Catania said. 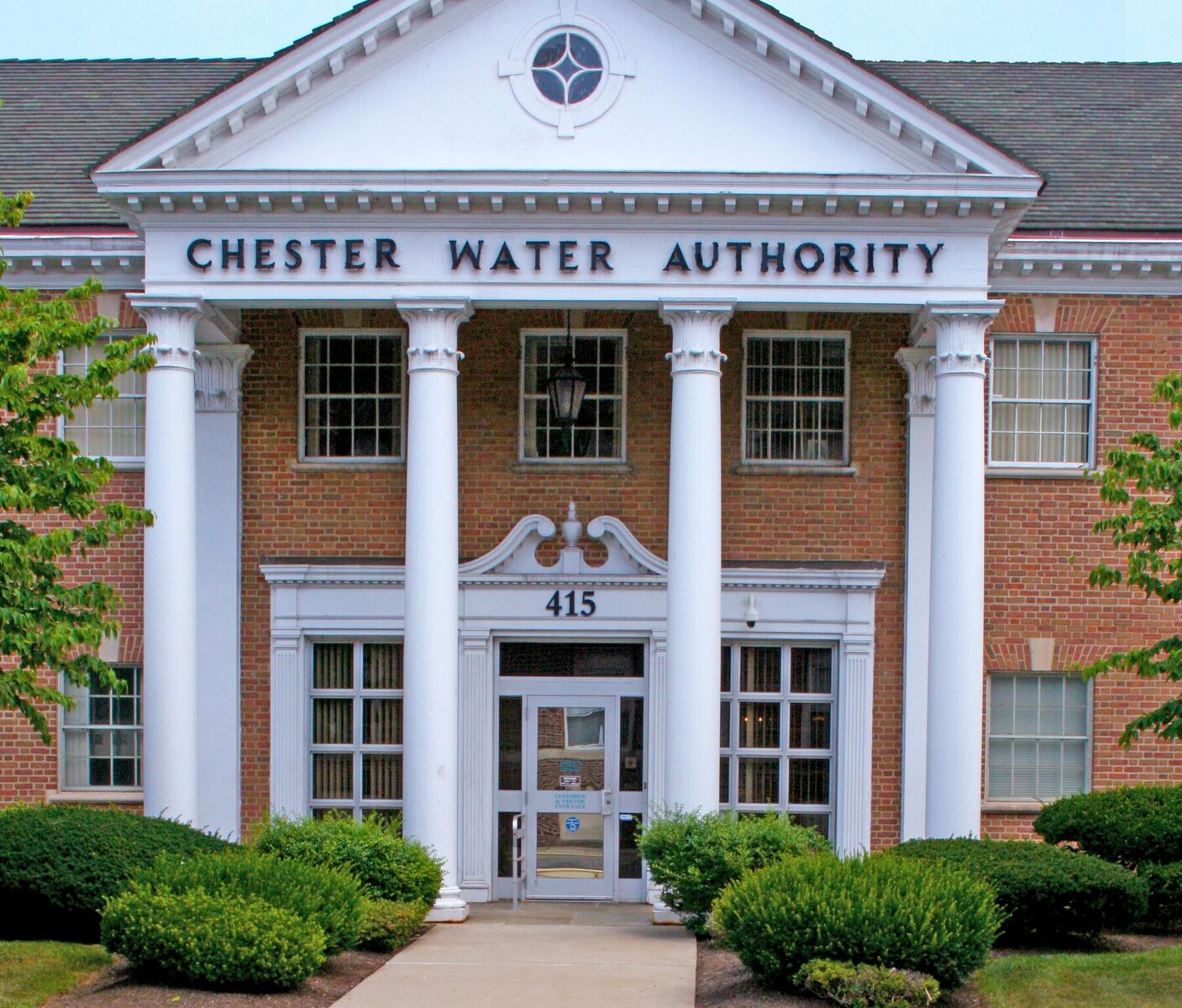 The Chester Water Authority (CWA) and Chester County chalked up a win in its ongoing legal battle with the Receiver for the City of Chester.

The bankruptcy court judge handling the bankruptcy case filed by Receiver Michael Doweary on behalf of the City of Chester ruled on Nov. 23 the CWA is not part of another case brought by the receiver pending in Commonwealth Court.

In the ruling by Judge Ashely M. Chan, the receiver agreed the word “authority” in the Commonwealth Court amended recovery plan does not include the CWA.

Chan stayed the CWA’s case that was to be heard by the state Supreme Court on Nov. 30. But motions to permit the high court to hear the case were filed and will be heard mid-December.

“We believe the state Supreme Court should be the one to decide it,” said CWA lawyer Frank Catania. CWA is fighting for survival against the state-appointed Receiver’s attempts to sell it to Aqua PA. And even if he succeeded, Catania said, “it is an undecided — and vigorously disputed — as to what money, if any, the city would get from a sale of CWA.”

The city of Chester has a long history of financial turmoil stretching back 27 years. During that time, it has been under the financial authority of four receivership regimes authorized by the Pennsylvania Municipalities Financial Recovery Act of 1987.

“Since 2017, the City of Chester has attempted to monetize the assets of the CWA, an authority that services more than 200,000 ratepayers, the vast majority of whom reside outside the boundaries of the City, including more than 34,000 ratepayers residing in Chester County where critical infrastructure is also located,” Delaware County argued in a legal filing. CWA supporters believe the Receiver had his eye on the authority and his requests to the courts reveal his intentions.

The receiver had “asked the court for permission to take over and run any authority that the City of Chester created. That’s all it said. It didn’t say, ‘not us [CWA],'” said Catania “So clearly we were concerned. If the judge gave a broad interpretation of the language, that would include us, and the Receiver has no business trying to run a water company, right?”

Opposition to Chester’s attempts to sell the CWA to Aqua PA is bipartisan in the Delaware Valley. In addition to Democratic opponents on the county council, two GOP state reps previously filed an amicus brief last month to oppose the sale.

“Act 73 of 2012 abolished Chester city’s control over the CWA board. It is outrageous to suggest that years later, the city can override the clear intent of the Legislature, take control of CWA, and sell it to the highest bidder. I am grateful that the Supreme Court has agreed to review this matter, and I will continue to fight to prevent any takeover of Chester Water Authority,” said Rep. John Lawrence (R-West Grove).

And the state Supreme Court is where CWA supporters want this case heard, while the Receiver has tried to get the Commonwealth Courts to make the decision.

“Doweary would rather have the issue heard before a single judge in a different case where the Chester Water Authority is not a party. That’s what he was trying to do. Then the next step in his plot—a hostile takeover– was on the day before Veteran’s Day. That’s when the city filed for bankruptcy, with no prior warning.”

“The Receiver has a nasty habit of trying to pull holiday surprises,” Catania added. “So we’re always on a heightened state of readiness around the holidays.”

The receiver did not respond to a request for comment on Tuesday.