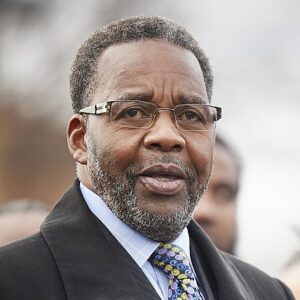 In a document forwarded to the U.S. Bankruptcy Court for the Eastern District of Pennsylvania, Mayor Thaddeus Kirkland and the members of the city council said they “did not authorize the bankruptcy filing. As a result, the City does not yet desire to effectuate a plan to adjust debts and is not yet eligible for chapter 9. See, 11 U.S.C. § 109(c)(4) (requiring a municipality to have a desire to effect a plan of adjustment).”

“The court should not enter an order for relief unless, and until, the elected officials ratify the filing of the petition at a public meeting,” the filing added.

The 34,000-resident city has run deficits for decades. It was finally placed in receivership by Democratic Gov. Tom Wolf in 2020. He appointed Michael T. Doweary to act as receiver, but Chester’s fiscal woes continued. Doweary uncovered a phishing scam that took the city government for $400,000.

Nonetheless, the city’s elected officials have resisted the receiver’s authority from the beginning, forcing Doweary to go to court to have his authority upheld.

“The receiver has the power to implement the recovery plan confirmed by the court and the authority to require compliance by city officials,” Commonwealth Court Judge J. Andrew Crompton ruled.

But the receiver’s decision to cross the fiscal Rubicon and send the city into bankruptcy was, for Kirkland, going too far.

“I don’t agree with bankruptcy,” Kirkland said in September, arguing other options were available. One option he has supported is the sale of the Chester Water Authority (CWA) to Aqua America for $410 million. It is an idea also supported by the receiver. However, the authority’s board insists the assets belong to the ratepayers — many of whom live outside the city of Chester — and they’re engaged in a court battle to stop the city from taking control of the CWA.

The receiver has since agreed not to include the authority in its bankruptcy case.

In their new filing, the city officials argued “the decision to file under Chapter 9 rests with the municipality alone,” and that the state’s actions, via the receiver, violated the Home Rule provisions of the state constitution.

“Under this constitutional provision, any power which the General Assembly does not forbid is extended to the municipality,” they wrote. “This broad authority includes the fundamental right to decide whether the municipality becomes a debtor in a bankruptcy case.”

“This is not a voluntary bankruptcy. The city and elected officials did not authorize the filing.”

Mayor Kirkland did not respond to a request for comment.