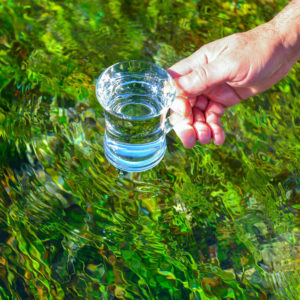 The case is expected to be heard by the state Supreme Court on Nov. 30.

“Act 73 of 2012 abolished Chester city’s control over the CWA board. It is outrageous to suggest that years later, the city can override the clear intent of the Legislature, take control of CWA and sell it to the highest bidder.  I am grateful that the Supreme Court has agreed to review this matter, and I will continue to fight to prevent any takeover of Chester Water Authority,” said Rep. John Lawrence (R-West Grove).

Previously, CWA rejected an unsolicited $320 million takeover offer in 2017. Subsequent lawsuits focused on whether the CWA Board or the city of Chester has the ultimate authority to approve a sale of the water authority. A Delaware County court decided in favor of CWA, but on appeal t the Commonwealth Court reversed the lower court’s ruling.

Founded in 1939, Chester Water Authority serves over 200,000 customers in Chester and Delaware counties. In addition to water treatment facilities, the authority owns and operates the Octoraro Reservoir, and water pipelines connecting the reservoir with the Susquehanna River and facilities in the city of Chester.

A spokesperson for Aqua, which made a $410 million bid for the system, declined to comment since the matter is in litigation.

Aqua and other privately owned corporations have been buying area water and sewer systems after a law signed in 2016 permitted them to pay “fair market value” for those public utilities.  However, residents have been organizing to fight back against these acquisitions, fearing higher rates. They have had some success, notably garnering public support to pressure the Bucks County Commissioners to oppose a planned deal for Aqua to buy the Bucks County Water & Sewer Authority for $1.1 billion.

In the brief, the lawmakers noted that the takeover jeopardizes the reservoir, which Cutler’s constituents enjoy.

The representatives argue in their brief that the City of Chester does not have the right to decide on the sale without the consent of Delaware and Chester counties, which are also represented on the CWA board.

Frank Catania, a lawyer for CWA, said the CWA board members terms are up in November. The Chester County commissioners reappointed two board members on Wednesday, Noel Brandon and Leonard Rivera, along with Erik Walschburger, deputy county administrator as a new board member.

On Thursday, the CWA board will hold a special meeting to discuss whether to join the U.S. Water Alliance and its One Water Program. That group promotes sustainable fresh water and holistic water management, according to its website.