KING: The Threat of Nuclear War and the License It Has Given Putin 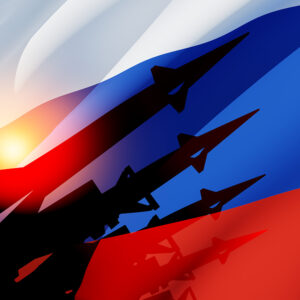 History isn’t short of people to blame. You could say of the present world crisis that it was former president Barack Obama’s fault for not getting tougher with Russian president Vladimir Putin in Syria. You could blame former president Donald Trump for giving Putin a sense of entitlement and for undermining NATO, seeing it as a financial play. You could blame former German chancellor Angela Merkel for encouraging Russian gas imports, shutting out the nuclear energy option.

You could, of course, blame President Biden for explicitly telling Putin, and the world, what the United States wouldn’t do if he invaded Ukraine. And you could blame Biden and NATO for dribbling vital military aid to Ukraine over the first devastating months of the Russian invasion.

If you want to continue, you could blame the world’s military strategists for believing that Russia, after the fall of communism, had changed. You could, perhaps, blame NATO itself, for expanding its reach to the former Soviet republics of Estonia, Lithuania and Latvia.

Putin is unequivocally the one to blame. He is the one who wants to remake Russia in the image of the imperial tsars. It is a flawed scheme but a real one.

As the world grapples with the reality of Putin, the past informs but it doesn’t instruct. If NATO were to engage Russia with conventional forces, it would triumph. That is one lesson of Ukraine. Russian military forces are woefully inefficient, even incompetent.

Would it were that simple.

The beast in the room, the feared monster, the threat that hangs over the whole world is nuclear war. It is the clear-and-present danger. It shapes our handling of Russia and will shape our response to China, if and when it invades Taiwan.

Nuclear war avoidance is again dominating the world in ways we had nearly forgotten. Will Russia — a caged, fierce bear — resort to nuclear, and how much nuclear to what effect against which targets?

The United States and the Soviet Union reached a modus vivendi: mutual assured destruction (MAD), which kept the peace even as nuclear armaments proliferated and stockpiles grew exponentially. Is that still the option? Is MAD — so long after the collapse of the Soviet Union — still the underlying realpolitik, the restraining factor between nuclear powers?

Does that mean that anyone with nuclear weapons can wage conventional warfare in the belief that they won’t face NATO or any other serious restraining military action because they can unleash terrifying global destruction?

Or is there, as some believe, the prospect of limited nuclear engagement, using area tactical nuclear weapons? This has never been tested. There hasn’t been a limited nuclear ground war. Could it be contained? Should it be contemplated outside the deeper reaches of the defense establishment?

But it is what keeps the leaders of Europe, the United States and Canada awake nights. If you favor limited nuclear war, just look to the effects of a nuclear disaster, Chernobyl, and start multiplying.

It is the unthinkable scenario that must be thought about. It is the reality that holds back NATO and makes the West a spectator to the carnage in Ukraine.

Russia isn’t a rich country. It has a large, poorly trained and equipped military. But it bristles with nuclear weapons aimed at North American and European cities. Its ability to threaten us with nuclear horror changes the balance between nations: an indelible change to future foreign policy.

In the short term, when contemplating the return of MAD in international relations, the question is: How mad — as in insane — is Putin, and how ready is Biden?

The pieces on the world chess board have moved and they won’t be moved back. The intelligentsia has yet to grasp the extent to which Ukraine has changed the world — and made it a more dangerous place. They need to catch up fast.

Putin Should Feel the Wrath of the International Community — Now 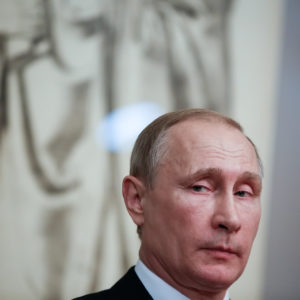 Russian President Vladimir Putin should suffer sanctions regardless of whether he pulls back from attacking in Ukraine. He has already violated his neighbor and an attack will be additive. His tyrannical bullying has to be addressed now — and later.

The Russian dictator has pushed Ukraine to the brink of annihilation. He caused NATO to expend resources needlessly. He has threatened the international economic system with calamitous failure. He essentially has wrested control of Belarus.

Yet now, international leaders are intent on affecting Putin’s decision to attack as though that in and of itself is sufficient. We have to acknowledge Putin’s wrongdoing and decide to punish him now for what he has already done, and more if he continues.

He has proven he is a malignant actor. Even without a full-scale invasion, Ukrainian troops died during what was likely a provocation in hopes Ukraine will attack and thus give license for Russia to launch a larger incursion.

The attack was labeled as, “shelling by pro-Russian separatists in east Ukraine.” Read that as meaning it was directed by Russia.

Russian troops, now totaling an estimated 150,000 ground forces, , in addition to innumerable aircraft at the ready and ships available in the Black Sea, are poised in position for attack. That’s an act of war even if he moves no farther into Ukraine.

Belarus allowed Russia access to its territory to terrorize Ukraine. Russia was ostensibly in Belarus for training, but now that the scheduled training period has ended, they have decided to remain in place.

Even the dopes in Belarus did not likely understand that Russian troops would occupy their land on a permanent basis. Some will suggest that by cozying up to Putin Belarus had it coming but Putin’s annexation of Belarus is not good for anyone and we must demand the evacuation of Russian forces.

Make the of economic sanctions being considered public now.

Several items on the list should be painful and immediate.

The rest could come after the invasion.

The claim by Pentagon spokesman, John Kirby that if sanctions were executed now Russia would have no reason to pull back can be dismissed out of hand. (It is hard to believe that the Pentagon and White House really discussed this idea and thought it was valid).

Ukrainian President Volodymyr Zelenskyy wants the international community to “develop an effective package of preventive sanctions to deter aggression.” His logic is unassailable.

“I agree with President Zelensky, sanctions are no good after the shooting starts,” said former Veterans Affairs Secretary and former Undersecretary of Defense Robert Wilkie in an email. “If Biden was serious, he would have slapped sanctions on in March telling Putin they come off when you pull your troops back.”

One sanction that will gain the attention of other would-be tyrants is to stop the Nord Stream 2 pipeline permanently. Dismantle it. The West should state that no such project can take place for a minimum of 20 years. Let Putin and the rest of the world know this is the price for terror. (Then ask Beijing if the Chinese Communist Party is paying attention). Should Biden decide to reverse his energy policy that limits U.S. production of energy, he could almost immediately soften the blow for Europe by increasing U.S. exports of energy beyond current levels.

The West must make demands. Putin has to clearly understand there is no upside in this matter for him or his regime. He has already made a gross error in judgment and an invasion would simply exacerbate what he has done.

On February 20, the Biden administration announced it agreed in “principle” to meet with Putin to discuss “security and strategic stability in Europe.” Such discussions hopefully will not devolve into granting Putin concessions of any kind. It remains to be seen how such talks–if they occur–will cause Russia to pull back from Ukraine’s border.

It also remains to be seen what role Ukraine plays in any meeting. It is, after all, Ukraine that would be discussed. Any meetings without an active Ukrainian involvement portray to Russia that the U.S. sees Ukraine as an inferior and that this matter is for the major players. 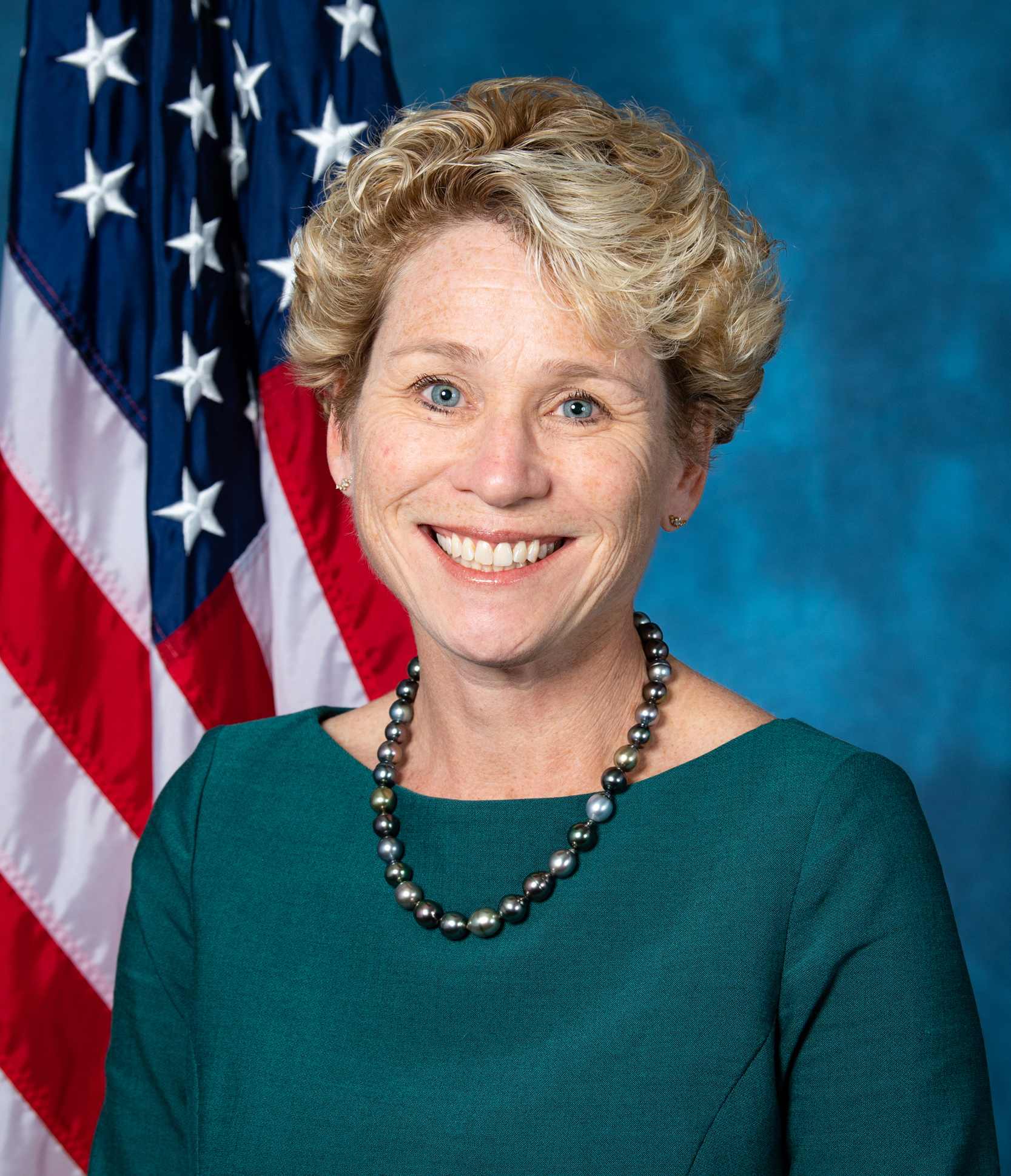 With a potential Russian invasion of Ukraine in the offing, U.S. Rep. Chrissy Houlahan is joining a congressional delegation to visit that country.

“As a member of both the House Foreign Affairs and Armed Services Committees, it is my responsibility to conduct oversight on matters of national security,” said Houlahan (D-Chester), in a press release. “This trip will enable the Congress to strengthen relationships with our allies—I look forward to the valuable insight meeting with senior Ukrainian officials will provide.”

In Brussels, the congressional delegation will meet with representatives from NATO, the European Union, and NATO and EU member states to discuss the security situation in Eastern Europe and the buildup of Russian troops along Ukraine’s border and in Belarus.

In Kyiv, the delegation will meet with senior Ukrainian officials to discuss the security situation and reinforce U.S. support for Ukrainian sovereignty and territorial integrity, according to the release.