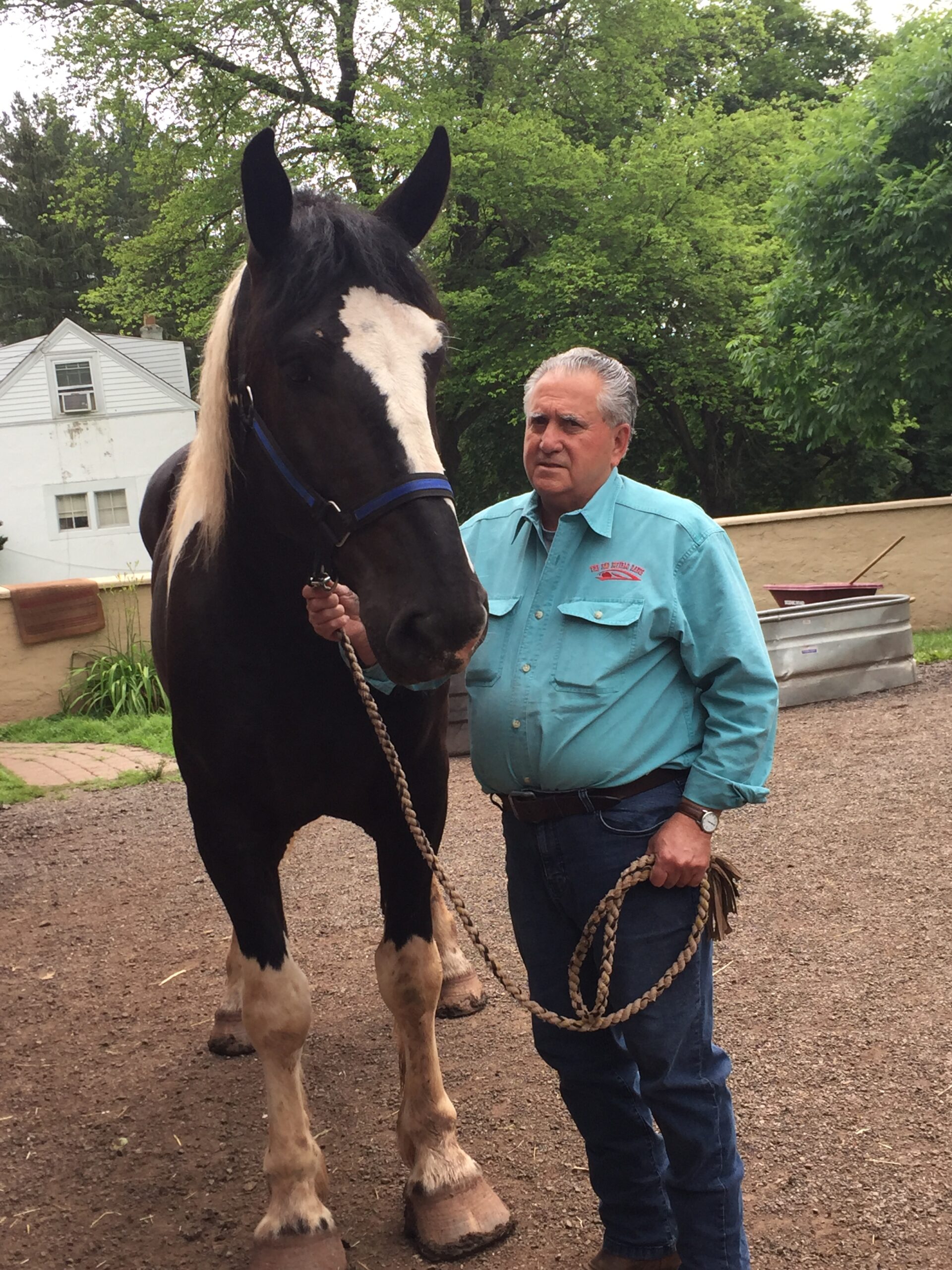 Step into the New Holland Sales Stable and it feels like you have entered another era when the pace of life was slower, more rural, and people knew their neighbors.

At least everyone seemed to know Mike Marino, owner of the Red Buffalo Ranch, a riding stable in Skippack. Marino sometimes buys horses from the New Holland auction in Lancaster County, but he is more likely to purchase saddles, bridles, or other tack there.

He usually acquires mounts for the Red Buffalo from a trusted dealer, he said. And sometimes people give him horses they are no longer able to take care of, knowing the animals will have a good home.

After watching an auction of saddles, horse blankets, bridles, and other new and used farm equipment, we walked through the stable areas where around 50 horses, ponies, and mules were tied up and waiting to be auctioned off. 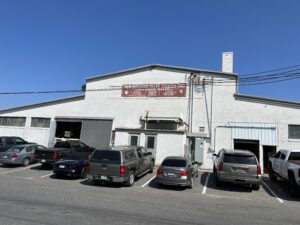 The animals were of every size, color, and description, some too skinny, others in good shape. Would-be buyers patted the and inspected their hooves and mouths. Kids pulled at their parents’ sleeves, pointing to particularly desirable ponies.

We returned to seats on worn, wooden bleachers to watch the auction. The auctioneer described each horse: A mare or a gelding, approximate age, whether it was gentle or needed an experienced rider. There were several handsome draft horses and two sleek gaited Tennessee Walkers that day, as well as a Thoroughbred.

The horses were sold “as is” if under $1,000. Otherwise, the auction offered a one-week guarantee.

Like the horses, people from all walks of life filled the bleachers. Many were Amish or Mennonite.

Riders, including two Mennonite girls in long dresses, piloted the horses onto the auction floor. They skillfully pirouetted and put 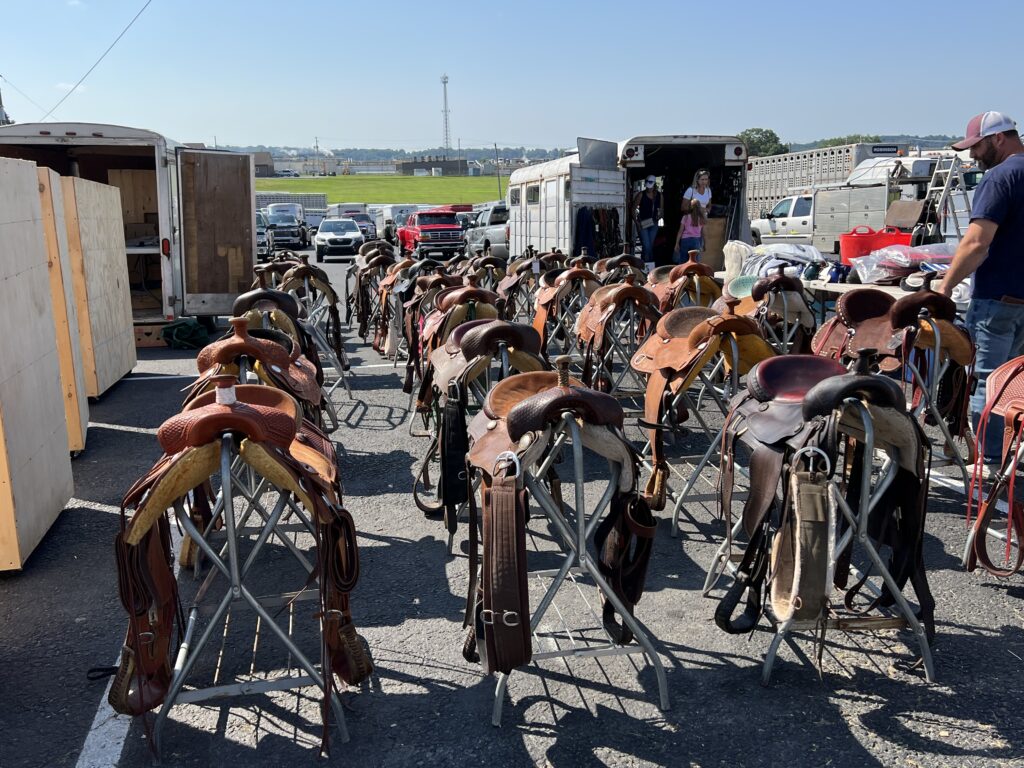 them through their paces in the enclosed space as the auctioneer described their mounts and the bidding began. Others, including draft horses, were led out as the auctioneer called out their characteristics. This one was a trotter who could pull a carriage, that one a good trail horse.

The auction has been in the Mennonite community since the 1920s. The Kolb family has owned it, with partners, since the 1970s. The current owner is David Kolb.

Auction manager Ryan Kolb said a veterinarian checks the horses before they are accepted for sale. Any horse that is sick or injured is not sold.

“He makes sure they are fit for sale,” said Kolb.

If not accepted for auction, the horse is returned to its owner. People who do not want to keep their horses are given the names of horse rescues. New Holland auctions horses every Monday morning. 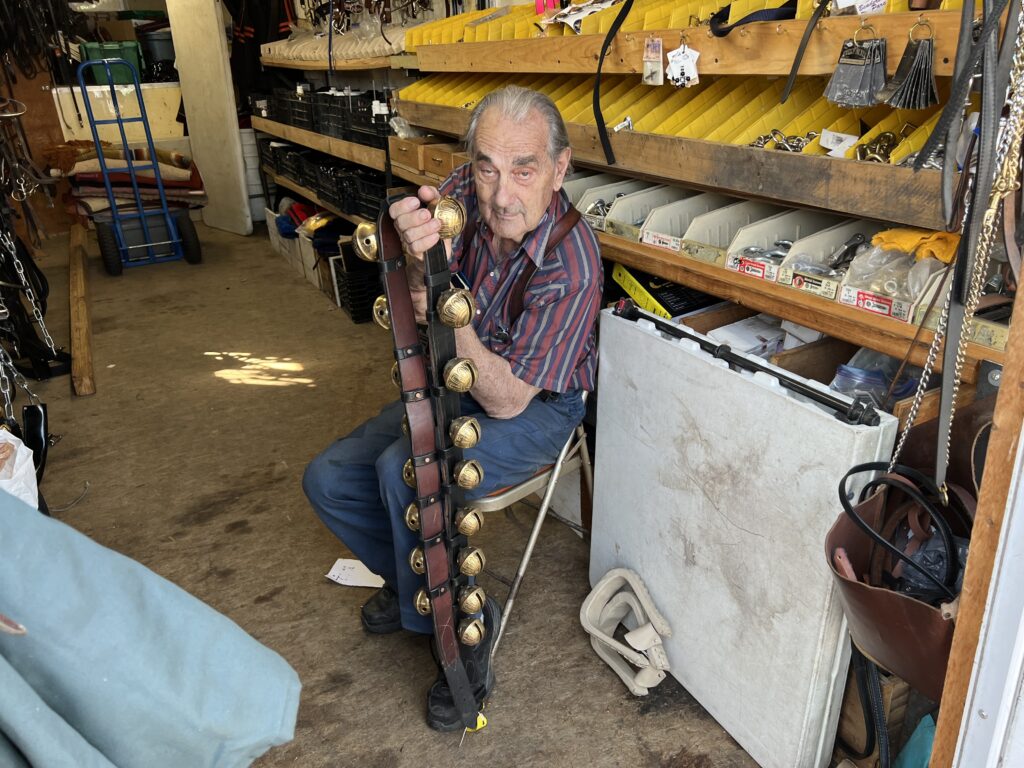 Craftsman Mervin Martin with some sleigh bells that he made.

Every year, kids who go to the summer riding camp at the Red Buffalo spend a morning at the horse auction. That day a group of campers arrived with their counselors and some parents in tow.

“I thought it was nice,” said camper Caroline Dagge, 11, of Ridley. “I thought all of the horses were really pretty.”

Piper Williams, 8, of King of Prussia, agreed the horses were “really pretty. I really enjoyed the auction. I think they were reasonable prices.”

Rachel Corropolese, 19, of Skippack, was a former Red Buffalo camper who now works at the riding stable and also at her family’s bakery.

“Whenever I’m needed, I’m here,” she said. She went to the auction as a camper and now enjoys coming back to help shepherd the current campers.

In the parking lot outside the auction stables, vendors set up tables or opened the doors of campers to display their wares. There were saddles, bridles, ropes, riding boots, saddle blankets, and anything an equestrian might need or be tempted to buy.

Mervin Martin, 62, who lives near the auction, said he has been working with leather most of his life.

“My dad had a tack shop,” he said. “I loved the smell of leather.” He began making things when he was 18 or 19 years old, and his camper full of handmade items attested to his prowess. 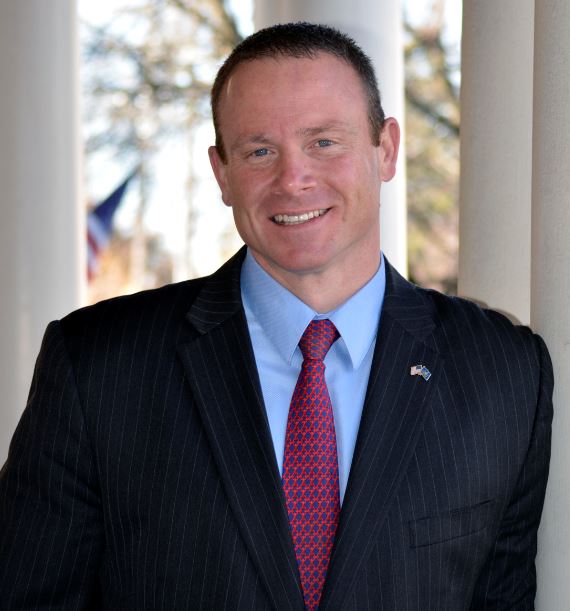 Asked what “secret sauce” he brings to the race that the other candidates in the GOP primary do not the Lancaster County Republican said he has been traveling the state and talking to voters for the last six months and wants to make “life easier for every Pennsylvanian.” He added that, as a former county commissioner who reduced the county debt by $40 million and state senator with 27 bills passed into law, he knows how to “make government work.”

“As a young athlete I learned the basics, put in the work, got better, and I became a state and national wrestling champion and NCAA All-American in football,” Martin said. “As a small business owner, I’ve put in the hours and the sweat to grow a company and hire other companies – all of that work creates jobs and grows the economy. As a senator, I helped author the legislation that resulted in the constitutional amendment that helps restore the balance of power to state government.”

Elected to the state Senate in 2016, Martin chairs the Education Committee and also sits on the Appropriations, Environmental Resources & Energy, and Judiciary committees.

“One size doesn’t fit all,” Martin said about education, where he favors giving parents a choice for their children’s schooling. For higher education, Martin noted, “Pennsylvania has some of the highest costs (for college) in the country” and that results in the “highest debt” for graduates. If elected, he plans to make higher education more affordable and is also favors vocational-technical education as an alternative to a four-year degree for many students. Employers are looking for people with the types of skills taught in technical schools like Lancaster’s Thaddeus Stevens College of Technology, Martin said.

And making sure the workforce has the skills employers need can “turn around the demographics” of people leaving the state to find jobs, which cost Pennsylvania a congressional seat in the last census and decreased the state’s congressional clout.

“We need these folks to stay here,” said Martin.

Asked about Democratic Gov. Tom Wolf’s unilateral move to take the state into the Regional Greenhouse Gas Initiative (RGGI), a multi-state carbon-trading plan that will likely lead to higher energy costs, Martin said he would end that membership.

He pointed to Glen Younkin, the newly-elected Republican governor of Virginia, who has promised to take his state out of RGGI.  And unlike some other states involved in RGGI, Pennsylvania is “an energy powerhouse” that the PJM grid relies on, Martin noted. RGGI would decimate the energy sector causing Pennsylvania to lose those “family-sustaining” jobs to neighboring states like West Virginia, as well as residents and businesses seeing energy costs rise 18 percent, said Martin, who voted against RGGI in September.

On the campaign trail, Martin said people he has talked with are interested in local rather than national issues. They are concerned about public safety, education, and “making ends meet,” he said.

Martin pointed to his small business background, saying the state has too many regulations that make it unfriendly to start-up businesses. Martin and his wife, Amber, own Woo-Cat Management LLC, a property management company. Amber Martin is also the Lancaster County treasurer.

For example, when Martin was a county commissioner Lancaster competed and succeeded in the competition to bring in Perdue ArgiBusiness to build a $60 million soybean extraction plant. However, the Department of State “put them through eight years” of intense regulatory scrutiny that nearly cost the county that plant, he said.

He pointed to other examples of state overregulation, such as the U.S. Steel site, where that corporation canceled a $1.5 billion project in May.

The energy sector in Pennsylvania is losing out to West Virginia and the Gulf Coast, he said. Manufacturing in the state is “critically important,” as is the energy to run those factories, he said.

Asked about changes to voting in the state and Act 77, which permitted mail-in ballots, Martin said he would like to see it implemented as passed, with security provisions.

“It should be easy to vote and hard to cheat,” he said. Not fixing the election system “feeds into a lot of folks’ distrust” of it. For example, he cited different counties that used different rules during the 2020 election and the Secretary of State’s “favoritism on grants” as flaws.

Martin said the case that the U.S. Supreme Court recently heard regarding abortion will not change his stance on that issue. He remains staunchly pro-life and wrote a law to protect unborn babies with Down syndrome. And even if Roe v. Wade were to be overturned, that would only send abortion regulation back to the states, he said. Martin is one of seven children and is the father of four.

With Wolf ineligible to serve a third term, the only Democrat running so far is Attorney General Josh Shapiro.

“It is unprecedented, but not unexpected,” said Berwood Yost, director of the Floyd Institute for Public Policy and Center for Opinion Research at Franklin & Marshall College. Yost predicted the free-for-all in his May newsletter.

“These open seats are the best ways for ambitious politicians to take the next steps in their political careers,” he said.

“It is really difficult to characterize anyone’s chances in such a crowded contest,” said Yost.  “The more people who run the smaller the share of the vote that is needed to win, so unless someone with overwhelming name recognition and fundraising advantages enters the race I wouldn’t be surprised by any outcome.”