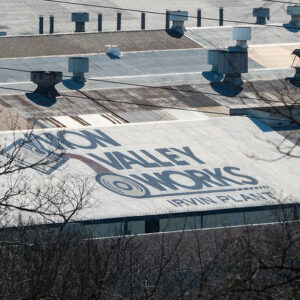 It’s been a month since U.S. Steel’s decision to cancel a $1.5 billion capital project at its Mon Valley Works, and the political impacts of the loss of jobs and investment are just becoming clear.

“When facts change, we must change. And as we step forward to meet the needs of a rapidly changing world, we must set aside the Mon Valley endless casting and rolling and cogeneration project,” U.S. Steel President and CEO David Burritt said when he made the announcement. “This is not a decision we took lightly.”

But it was the company’s reference to permitting issues that caught the attention of some Pennsylvania politicians and industry advocates. We “carried the ball down the field as far as possible without the issuance of the permits necessary to begin construction,” U.S. Steel said in an open letter, “which we applied for when we announced the project, ten months prior to the onset of COVID-19.”

The company also noted that as it awaited its permits, a competing steelmaker in another state announced a new steel mill and will be ready to make steel this year.

Pittsburgh Works Together, a pro-economic development group, said the company’s decision was an example of the obstacles businesses face in Pennsylvania.

“The very environmental activists, regulators, and politicians who demand clean air are the very people who have derailed a project that would have provided emission reductions of up to 60 percent and many other performance improvements,” said Jeff Nobers of Pittsburgh Works Together. “As we recover from the pandemic, we should be working together to grow the region into the diverse economic engine it could be. But instead, we see an elitist ideological philosophy held by a well-funded few lead the misdirection of our region and further underscore the well-held belief that our region and state are hostile to the manufacturing, energy, and utility industries, among others.”

According to Pittsburgh Works Together, the Mon Valley project would have created four million man-hours of work on construction, a figure that breaks down into at least 1,000 construction jobs. Additionally, government job calculations suggest that every 100 construction jobs spin off 177 indirect jobs.”

“It’s absolutely unacceptable that any politician or business or community leader who claims to be supportive of union jobs and a strong middle class can allow this project to be lost,” Tom Melcher, business manager for the Pittsburgh Regional Building Trades Council said.

Allegheny County Health Department Deputy Director of Environmental Health Jim Kelly issued a statement denying his agency was at fault and blaming the pandemic for the slow response. “COVID-19 had an impact on how all organizations operated. Neither the ACHD nor U.S. Steel were an exception. But I can verify that we continued to work proactively to move this project along,” Kelly said.

But many Pennsylvania political observers are looking to Democratic lieutenant governor and U.S. Senate candidate John Fetterman, asking why he was unable to keep the project on track, particularly one involving the town of Braddock where he served as mayor for 13 years.

“I am heartbroken for the working men and women of the steelworkers and building trades,” Fetterman said of the decision. He added Pennsylvania had the opportunity to make some of the most environmentally-friendly steel in the world in Braddock, as well as securing the future of thousands of good-paying union jobs.

“When Amazon announced their competition for HQ2 a few years ago, we saw elected officials bending over backwards in a race to the bottom to give the richest man in the world billions in public funding, but we didn’t see that same kind of enthusiasm, effort, and energy from our elected officials when it came to fighting for good-paying union jobs,” Fetterman said. “Instead, we saw folks turn their backs on the steel industry and the thousands of union workers in Allegheny County.”

Fetterman has worked hard to straddle to the Democratic Party’s political divide between the progressive environmentalists and the blue-collar working-class voters who were once the base of his party — many of whom have energy-sector jobs.

Not surprisingly, Republican Senate candidate Sean Parnell points the finger of blame at the Democrats, including President Joe Biden.

“This is a direct result of Joe Biden’s anti-energy agenda and what happens when Democrats like John Fetterman continue catering to their extreme socialist base hell-bent on making life miserable for our private sector,” said Parnell.

That, says Parnell, is why it is critical for Republicans to win the U.S. Senate seat, now held by retiring Sen. Pat Toomey.

“We need to bring an end to one-party Democrat control in Washington,” Parnell said.

Toomey, meanwhile,  has vowed to investigate why U.S. Steel canceled its plans. Speaking at a recent forum of labor and business leaders in Pittsburgh, Toomey said that steel prices have been high and so has demand.

“The economy is growing, infrastructure is all anybody is talking about, and we’ve got this great facility that has already made a big investment that is going to lead to some of the cleanest steel in the world,” said Toomey. “What happened?”

Some state legislators have also been critical of green activists as well as the policies of Democrat Gov. Tom Wolf.

“The loss of this $1.5 billion project is a devastating blow to the economy of southwestern Pennsylvania and a slap in the face to the hard-working blue-collar families who were counting on these jobs,” a coalition of Pennsylvania Senate Republicans said in a statement. “It is a clear reminder that we need a commonsense, cooperative strategy on energy and the economy, not Gov, Wolf’s go-it-alone approach.”