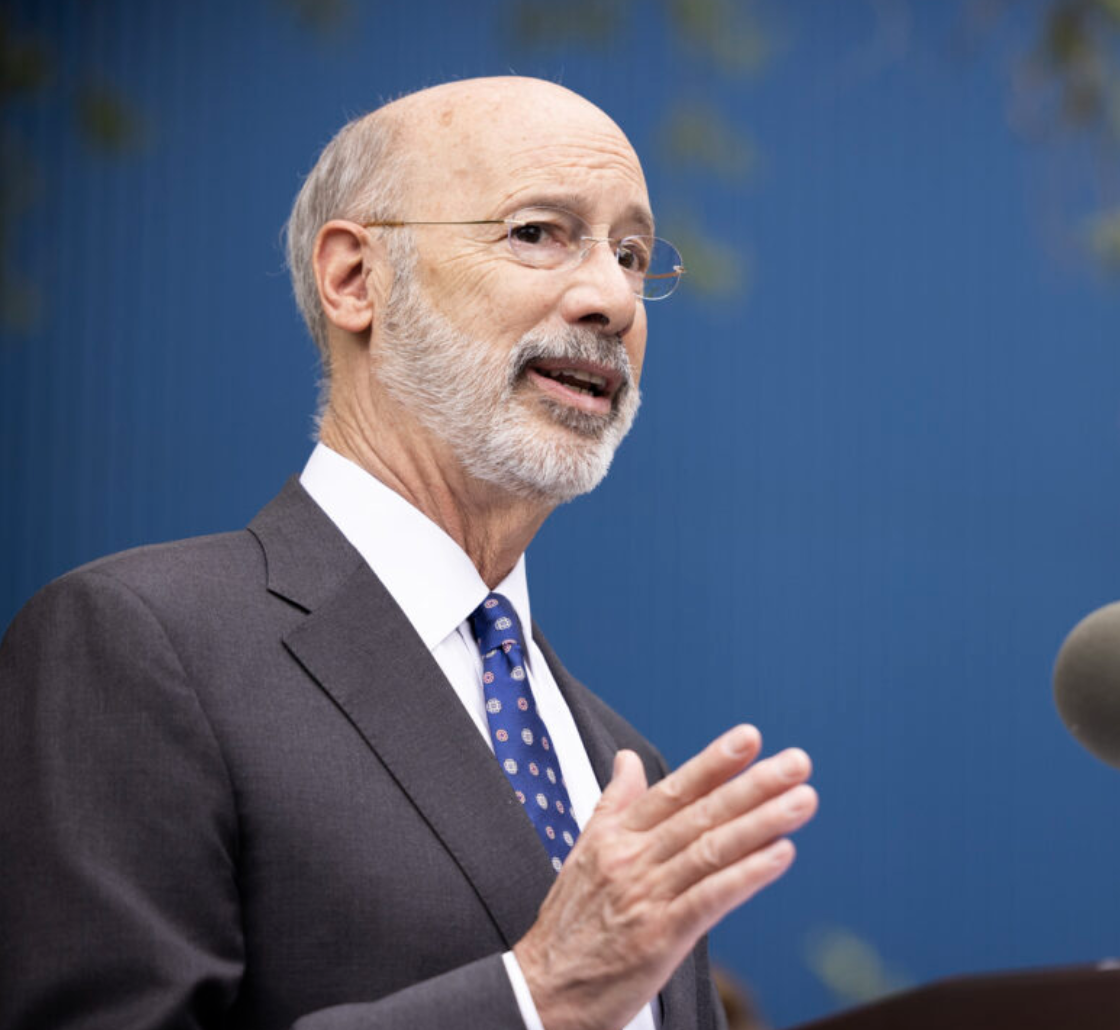 Gov. Tom Wolf signed an executive order Thursday raising the minimum wage for workers at companies that receive state grants, loans, or tax relief to $13.50 an hour. It is now the minimum hourly rate for state employees.

At a press conference near Pittsburgh Thursday, Wolf pointed out the current $7.25 minimum wage in Pennsylvania is less than workers are paid in all surrounding states. New Jersey’s minimum wage is $12. New York’s is $13.20, Ohio’s is $9.30, and West Virginia’s is $8.75.

Wolf also called on the state legislature to pass laws requiring paid sick leave, institute federal workplace protections, and raise the minimum wage for all workers to $12.00 with a path toward $15 an hour by 2024.

“With our economy on the comeback, there are so many job openings that people can select the option that is best for their family. This has created a tremendous moment for workers,” said Wolf in a press release. “With Pennsylvanians’ renowned work ethic, this is an opportunity to improve jobs and workplaces. My workforce plan will create safer workplaces, guarantee paid leave, and promote higher wages for workers.”

“Everything in Wolf’s action Thursday was meaningless and unnecessary,” said Benefield. “Wages have consistently risen in Pennsylvania because of market forces, and are rising now due to high demand for labor. Government mandates are neither helpful in raising wages or helping employers fill jobs. All this activity was simply virtue signaling to appeal to Wolf’s campaign donors (government union bosses).”

And  Senate Majority Leader Kim Ward (R-Westmoreland) said, “Pennsylvanians are tired of still dealing with the effects of the political agenda forced on them throughout the pandemic. From selective business closures, to mask and vaccine mandates, to breaching Pennsylvanians’ personal health information, as well as the inability to properly process unemployment claims, Pennsylvanians are worn out by the uncertainty presented by the Wolf administration.”

Wolf’s announcement is “one more attempt to bypass the voice of the people,” Ward added. “The efforts outlined today to protect Pennsylvania workplaces is a ruse that further opens the door to executive branch overreach, crushes small businesses, and generates greater confusion for employers to keep their employees employed and safe. Pennsylvanians have already spoken when it comes to government interference in our lives and workplaces when they voted to limit the governor’s executive powers with the passage of the constitutional amendment in the primary.”

Pennsylvania Chamber of Commerce CEO Gene Barr said the Chamber “appreciates the governor’s intent” but warned of unintended consequences. “For example, requiring strict wage and benefit standards for employers to qualify for state aid may not impact larger corporations but could pull critical lifelines from small businesses already struggling through pandemic and workforce crises,” Barr warned in a statement.

“The governor has also called for public shaming of employers who violate labor laws,” Barr said.  “We certainly support holding accountable those who skirt the law, harming employees and creating an unfair advantage over law-abiding competitors. At the same time, policymakers should recognize that violations are often unintentional and eventually remedied. Employment laws and regulations are notoriously complicated; such as similar federal and state laws that include subtle differences creating what’s known as the ‘compliance trap.’

The governor mentioned employers owing unemployment compensation back taxes, but some may not even be aware they owe, especially after the chaos of the last year and a half.  We would hope a public list of ‘bad actors’ only includes companies who violate the law and willfully fail to comply after exhausting appeals or any administrative resolution process,” Barr said. “We look forward to working with the administration as it further develops these policies.”