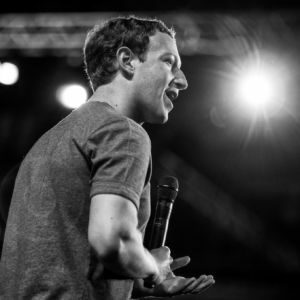 A bill to do away with private funds going to “administer” elections passed the Republican-controlled Pennsylvania legislature. But it is unclear whether Democrat Gov. Tom Wolf will sign it.

Todd Shepherd, former Delaware Valley Journal editor who is now an investigative reporter at Broad and Liberty, testified before a state Senate committee on April 5 about outside money that arguably impacted the 2020 election. The funds came from the Center for Tech and Civic Life (CTCL), a nonprofit organization funded through a foundation of Facebook founder Mark Zuckerberg and his wife, Priscila Chan– hence the name “Zuckerbucks.”

The couple gave $419 million to two nonprofits that, in turn, gave funds to nearly 2,500 local election departments across the country in the 2020 election.

CTCL donated to mostly Democrat majority counties for get-out-the-vote efforts, with Pennsylvania receiving more than $20 million. And another group, the Center for Secure and Modern Elections, was also involved in the efforts, Shepherd said.

“The handful of blue counties contacted in July and August of that year were given special assistance by outside consultants — some of them paid political consultants with clear partisan interests,” said Shepherd.

“Those consultants worked to make sure the county would get the maximum grant award. I found no similar emails for grant maximization with any of Pennsylvania’s red counties.”

Shepherd continued, “For example, this is the first email I could find in which Delaware County Councilwoman Christine Reuther was originally introduced to someone about the CTCL grants.

“The email participants were as I mentioned Councilwoman Reuther, consultant Marc Solomon, Jennifer Walls-Lavelle who was a staffer for Gov. Wolf, Gwen Camp — the author of the email and a paid consultant for ‘The Voter Project’ — and finally, Kevin Mack, a DC-based consultant.”

And it is not just Pennsylvania. The Capitol Research Center, a center-right think tank, found a similar trend nationwide. CTCL “consistently gave bigger grants and more money per capita to counties that voted for Biden,” its investigation found. For example, the average per capita grant in Georgia for areas that leaned Republican was $1.41 per person. In pro-Biden districts, the donations reached an average of $5.33.

In his testimony regarding “Zuckerbucks” in Pennsylvania,  Shepard detailed how Democratic operatives were deeply involved in the election activities funded by these outside groups.

Another Reuther email exchange that Shepherd highlighted for the committee was between Reuther and Delaware County Solicitor William “Bill” Martin. Martin was sending her information on who comprised and funded the CTCL.

“Ms. Reuther responded, ‘Not at all surprising. I am seeking funds to fairly and safely administer the election so everyone legally registered to vote can do so and have their votes count. If a left-leaning public charity wants to further my objective, I am good with it. I will deal with the blowback.’”

However, Shepherd’s investigation found only targeted, Democratic majority counties were given early notice that the grants were available.

Shepherd also told the committee, “Last, in terms of exhibits, we have the mid-August email from then-Secretary of State Kathy Boockvar to a county commissioner in Bucks County, establishing communication about the CTCL grants.

“Bucks is a very purple-ish county, as you all know, but still I feel this selective invitation to an election grant by the state’s top election official needs answers. Why is she making the introductions instead of the CTCL?

“And just to drive home the question: With just two and a half months to go before the election, why is the secretary of state inviting some counties to get this grant money but not others? How was she deciding who to reach out to? Was she told by the CTCL and CSME who the preferred counties were? Or did she decide herself? And if she did decide by herself, what information or concerns guided those decisions?”

Sen. Bob Mensch (R-Bucks/Berks/Montgomery) said, “We must eliminate the heavy hand of massive private funding into our commonwealth’s and our nation’s elections, with no exceptions.  The effect of Mark Zuckerberg’s, and others, spending to influence their desired outcome is uncalculatable.  No one person, or small group of extremely rich people should determine the outcome of an election—that is the responsibility of all our citizens.”

“It is very likely Governor Wolf will veto the bill,” Mensch added.

Meanwhile, Zuckerberg recently announced he will no longer give money to outside groups for election administration.

When asked whether Wolf would sign or veto the bill, the governor’s spokeswoman Elizabeth Remeter did not give a direct answer, instead blaming the legislature for failing to give the counties adequate funding for elections.

“First, it’s important to point out that counties have asked for additional funding from the General Assembly, so it is hypocritical to both ignore the asks from counties while simultaneously proposing to end opportunities for counties to seek funding to ensure safe elections,” said Remeter.

“The governor has long called for improvements to our election process that safely expands access to the ballot. He also continues to push back on anyone who tries to spread misinformation and make baseless accusations that our elections are anything short of free, fair, and secure,” she said.

“Instead of continuing to pursue conspiracy theories and new ways to disenfranchise Pennsylvania voters, Senate Republicans should refocus their efforts on bipartisan ways we can continue to fund elections.”

Remeter added, “Instead of indulging discredited conspiracy theories and making it more difficult for the counties to obtain resources they need to administer elections, we should have a real conversation about properly funding elections and finally make commonsense election improvements to our election code like allowing pre-canvassing of ballots, which is supported by the state county commissioners association and all 67 counties.”