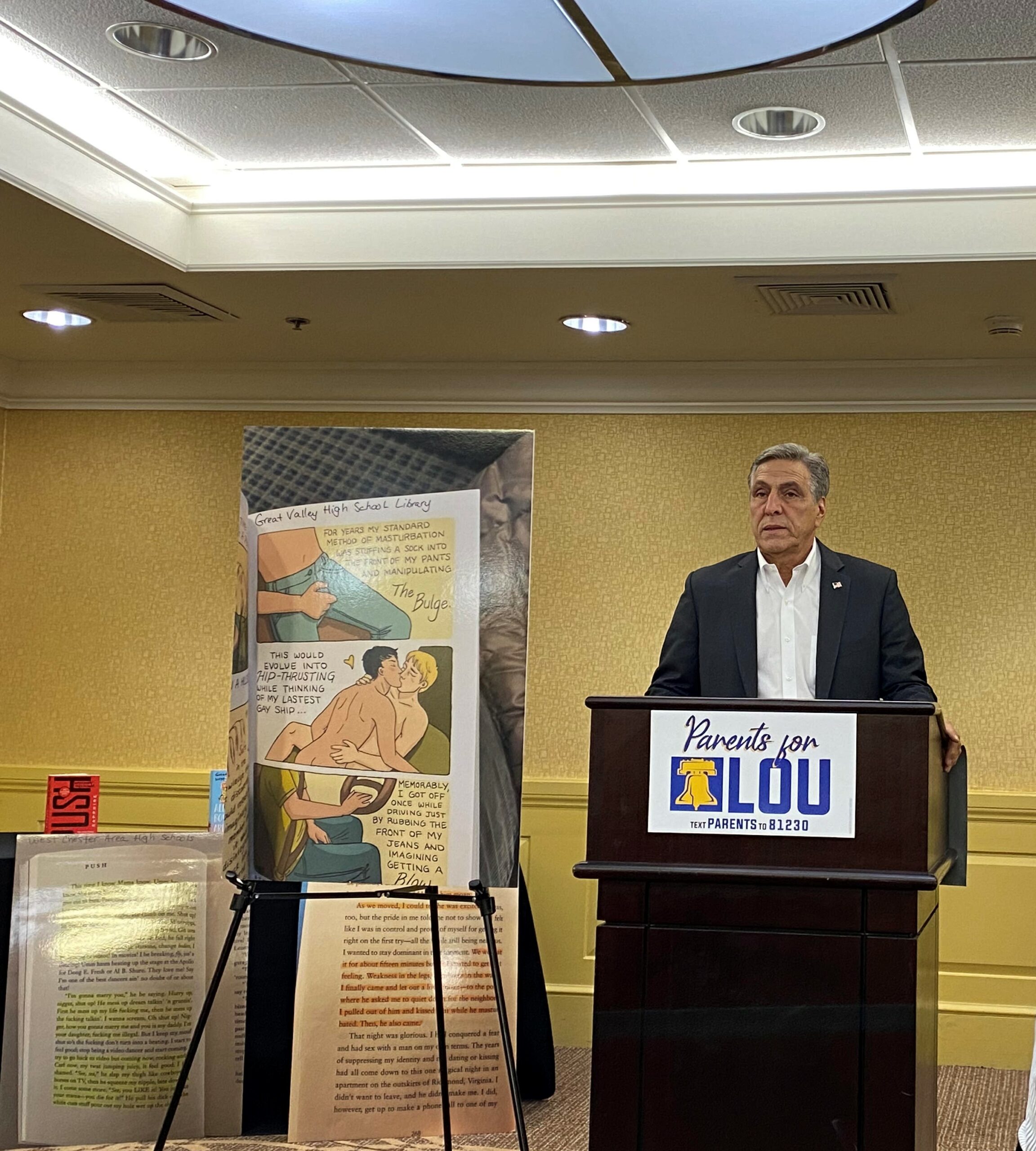 Republican Lou Barletta, a former mayor and congressman running for governor held a press event Monday to emphasize his opposition to inappropriate books in area public schools. It is a hot-button issue and one of several educational concerns that drove many parents to the polls in the 2021 school board elections.

Education continues to be a significant issue for voters going into the primary election in two weeks. Barletta took a strong stance against critical race theory and sexually explicit books in public schools.

Additionally, Barletta said he is the only candidate for governor who has signed the 1776 pledge, indicating that he will require that schools teach American history accurately.

“One of the silver linings of the COVID-19 pandemic was how parents finally got to see up close what their kids are learning in school,” said Barletta, who spoke at the Sheraton Great Valley Hotel in Frazer. “When I’m governor, we will restore the rights to parents and guarantee that there will be no sexually explicit content in our schools without parental consent.”

Parents have been speaking out against these age-inappropriate books in public schools throughout the Delaware Valley region, including Radnor, Downingtown, Great Valley, Central Bucks, and West Chester Area school districts. And it’s been an issue for parents across the country and arguably the main issue that propelled Republican governor Glenn Youngkin into office in Virginia.

Some Chester County parents contacted Barletta to alert him to certain books available to children down to elementary school age. 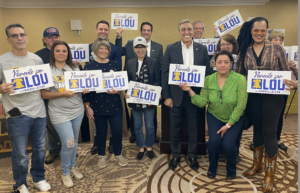 Lou Barletta with parents at his press conference.

One of those parents, Fenicia Redman, who has children in the Great Valley School District, spoke out on the issue.

“I met Lou during a (candidates’) forum, and he was the only candidate when I confronted this serious issue about making a stand,” Redman said. “I have been confronting this issue to Great Valley along with other parents for the past eight months, and it shows how urgent it is to have federal and state officials address this in our children’s schools.”

One of the highly contested books in the West Chester Area School District’s taxpayer-funded school libraries is a book titled “Gender Queer.” The book is “a graphic biography of a young female who wants to be male but has to figure out how to incorporate her female body into that fantasy.”

When a parent brought the book to the district’s attention, a 17-person committee was formed to review it. On March 28, the school board voted 8 to 1 to keep this book, even as tensions over the issue continued to rise.

“We can’t allow this issue to continue to divide us, and we must make sure that our kids are protected from this explicit content,” Barletta said. “There is no explanation needed to think this is tolerable, and I will do everything within my power to ban this content.”

Barletta, who has four daughters and 10 grandchildren, emphasized the importance of having a good education and how it will have lasting effects on families throughout the commonwealth.

“Education is the key to lifting people out of poverty and empowering kids to follow their dreams,” Barletta said. “When we address this correctly, Pennsylvania will be a place where families will want to send their kids to school here whether it’s charter, public, or private.”