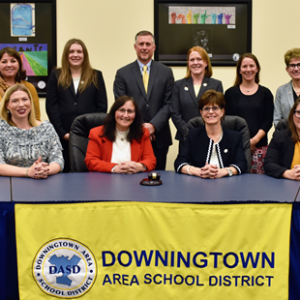 Battle over Critical Race Theory Comes to the Delaware Valley

If some state legislators have their way, teaching Critical Race Theory (CRT) will be a thing of the past in Pennsylvania.

Reps. Russ Diamond (R-Lebanon) and Barb Gleim (R-Cumberland) are sponsoring legislation to prohibit “the teaching, funding or dissemination of racist and sexist concepts by the commonwealth and its political subdivisions, including school districts,” according to a press release.

Critical Race Theory teaches that White people are inherently racist and participate in race-based societal oppression, regardless of their views or actions.

Opponents like Diamond respond by quoting the Rev. Dr. Martin Luther King; “I have a dream that my four little children will one day live in a nation where they will not be judged by the color of their skin but by the content of their character.”

“The manner in which important concepts such as racial and gender equality are taught in our schools could not be more important in defining the type of society we have,” Diamond said. “Teaching our children they are inferior or inherently bad based on immutable characteristics such as race and sex can be extremely damaging to their emotional and mental well-being.”

But some school districts are committed to keeping CRT in their curricula.

“Race is the social construction that set the foundation and built the infrastructure for the United States we know today,” Hite wrote. “Racism is the root of all other forms of injustice and provides the nourishment needed for other systems of oppression to thrive. As such, in order to destroy the tree, we cannot simply pick at the leaves or chop away at the trunk, we must destroy the root.“

As a result, the William D. Kelley School in Philadelphia is teaching a social studies curriculum that praises Angela Davis, a “Black communist” for her fight against “injustice and inequality.” According to a report by the Manhattan Institute, “at the conclusion of the unit, the teacher led the ten- and eleven-year-old students into the school auditorium to ‘simulate’ a Black Power rally to ‘free Angela Davis’ from prison.”

Many Philadelphia parents had no idea that their children were learning CRT until the pandemic brought the classroom into their homes through online learning.

At least one parent of two elementary school-age children now in the Philadelphia school system said her kids have been taught CRT and Black Lives Matter-related curriculum for the last two years. Her family is voting with their feet.

“We are in the process of moving,” said the woman, who asked that her name be withheld. “So that’s how I feel about the district. I feel as if they dropped the ball in general this year.”

Conservative radio host Chris Stigall announced on Fox News last week that he’s pulling his youngest child from the Downingtown school district over concerns about CRT-based instruction. Among the items on the district’s “Cultural Equity Resources” page is an article arguing that White children as young as preschool can’t help participating in racism.

Perhaps the most vocal area opponent of CRT is Lower Merion resident Elana Yaron Fishbein, the founder of No Left Turn in Education, which now has 14 chapters nationwide. The organization’s mission is “to revive in American public education the fundamental discipline of critical and active thinking which is based on facts, investigation, logic and sound reasoning.” Fishbein pulled her children from a public school in the Lower Merion School District because she believed their education was being tainted by “historical revisionism” and “political correctness.”

Fishbein says she believes most school districts in the Delaware Valley area are teaching CRT.

“You go to many school boards or board of education administrators and they will deny that they are doing any Critical Race Theory because they don’t use that term purposefully,” Fishbein said. “They use different terms that sound very nice, everybody would agree with anti-racism.”

Just after the trial of Derek Chauvin, the Minneapolis police officer convicted of murder George Floyd, the Philadelphia School District provided lesson plans for teachers to talk with children as young as kindergarteners about Floyd and Black Lives Matter.

“For many years, some police officers have hurt African Americans,” the materials from the district’s Office of School Climate and Culture state.  The district encourages teachers to tell their young pupils that there is a “pyramid of hate” that starts with racial stereotyping and jokes and ends in “genocide.”

Asked about introducing these concepts to the youngest students, Christina Clark, a spokeswoman for the Philadelphia School District, said via email, “We recognize the emotional toll that the Chauvin trial and the incidents surrounding has had on our nation, communities and a group that we cannot and will not ignore, our students.”

Clark also accused the media of racial bias in its coverage of the Philadelphia school system’s CRT instruction.

“The School District of Philadelphia has taken a stand to acknowledge and dismantle systems of racial inequity, and when publications and writers publish disinformation and mischaracterizations about race and curriculum without attempting to verify the truth or fact-check, they further perpetuate institutional racism and bias that we, unfortunately, see far too much of in our society. As a fundamental part of our democracy, newsrooms and publications have an obligation to also confront systematic bias, especially in their editorial processes. When they fail to do so, they further reiterate the work that needs to be done and affirm why the School District of Philadelphia has made this commitment.”

While the district claims it will “provide a more enriching and authentic learning experience for all students in Philadelphia regardless of racial identity,” critics argue that by embracing CRT, they will be treating students differently based on race.