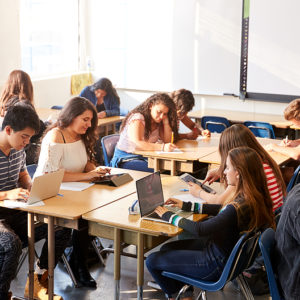 The 2021 culture wars are evident in tony Radnor Township, where some parents lambasted the Radnor Township School Board at an Oct. 26 meeting, including one mom who asked that children leave the room before she read parts of a school library book to the board. Another parent said he had removed his two youngest children from Radnor schools because of the constant battle over sex and violence in the curriculum.

Those Radnor parents are among many around the country who object to their children reading sexually graphic books. Parents became more aware of what their children are being taught as the pandemic required students to study at home with online classes. 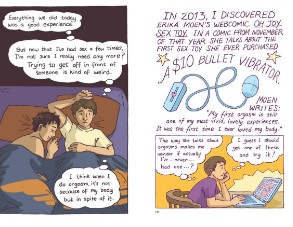 Two books cited by the Radnor parents, “Gender Queer” by Maia Kobabe and “Lawn Boy” by Jonathan Evison, were recently removed from the schools in Fairfax County, Va. after parents complained. Parents in Carmel, Ind. also objected to sexually explicit books in schools, and parents in Kansas City, Mo. complained about books in the public library in recent months.

“As a board, you have failed us,” said Radnor parent Kelly Martin. “You put these books in our schools.  Four of you are running for re-election and one of your bullet points for our community is that parents want to ‘ban books from our libraries.’ You bet I do. Not all books and magazines belong in school libraries, just as not all movies are intended for all audiences.

“Radnor doesn’t have a ‘Playboy’ or ‘Hustler’ subscription because it’s not appropriate content for a school, so I guess you could say I want to ban ‘Playboy,’ too. The books that you see here, these books don’t belong in our schools. You can have them and the magazines in your homes. You can share them with your kids, too, if that’s what you’re into. You do you,” she said.

“But as board members, you don’t get to groom our children and invade their minds with books containing pornography, pedophilia, rape, and incest,” Martin said. “And that doesn’t scratch the surface of the political propaganda you’ve stacked our library shelves with. The sad thing about stacking the library with these ‘new books’ is, you’ve done it under the cover of ‘equity and inclusion.’ The books are presented as immigrant, BIPOC, and LGBTQIA stories. Do you have any idea how completely ridiculous that is?”

Martin described the content of some of the books.

“Here’s the thing, for parents who can afford private school, this isn’t a problem,” said Martin. “They don’t have to fight this battle. And if we had school choice, the parents here wouldn’t need to fight it, either. We would leave en masse. But, when Valley Forge (Military Academy) applied for charter status you turned them down. You had the audacity to turn them down for having a church on the property… You’ve purged over 16,000 books over the last four years, and I’ve presented you with packets featuring excerpts from just a handful of the books you’ve brought into our Radnor schools.”

Another parent, Clark Engle, said he and his wife have taken their two younger children out of Radnor public schools because of the sex and violence in learning materials. Virtual learning during the pandemic “did open our eyes to some things and confirm some of our concerns,” he said.

“With our oldest entering college and our taxes increasing by 64 percent (due in part to the county reassessment and school district tax increase). This is a significant financial burden for our family. We did not plan or budget for this,” he said.

“So, I hope you’re asking yourself what would make this family leave the number-one-rated school district in the state of Pennsylvania. Well, for starters, let me say that lists and rankings mean nothing. What matters is what is really happening on the ground floor,” he said.

“What I am here to talk about and what was the straw that broke the camel’s back for us in deciding to send our two youngest to private school was the increasing rate at which I’m seeing young children being robbed of their innocence by being introduced or exposed to gratuitous sex and violence in both videos and literature in school,” he said.

He first noticed a problem when his oldest son, now 19, brought home “Point Blank” from the Wayne Elementary School library when he was nine years old, which Clark found to be “as racy and violent as one of the more recent James Bond films.” When he contacted the school librarian he was told it was an award-winning book recommended by literary sources.

“Therein lies the problem. I expect more from Radnor educators. I expect them to do some due diligence rather than rely on unreliable outside sources,” he said.

“It gets worse from there. The 2020 RHS summer reading list for 9th grade (children as young as 13 entering high school) included the book ‘Wild,’ which had a lot of graphic sex and drug use in it. It’s my understanding it took an outcry from parents to get it removed,” he said.

Then, this past summer, he learned that students were subjected to videos “of an extremely violent nature which also negatively depicted our law enforcement professionals.”

Sexuality and gender identity should be discussed at home, not in the schools, he said.

“God entrusted these children to their parents, not you,” Clark said.

“In the limited amount of time I have been able to research which of these books are in our libraries, I have found 19 books in the elementary schools dealing with sex, transgender, or sexual orientation issues.

“That is still not the worst. There are books in our high school library that contain literary pornography,” he said and offered the board a list.

Michael Petitti, a spokesman for the school district, gave this statement: “The district is always willing to hear the concerns of families and to respond whenever appropriate. The district strives for full transparency with families by welcoming parents/guardians to review all instructional materials and curriculum upon request, and to formally question the use of those materials if desired.”

District policy 144.1 outlines the process for selection of library materials and re-evaluation of those items, he said. Parents and guardians can review instructional materials, as well.

“The district wishes to work collaboratively and productively with all stakeholders,” Petitti said. “Policies 144.1 and 105.1 provide a sound process to follow to ensure a thorough review of the concerns in question, and to take action as necessary,” he said.