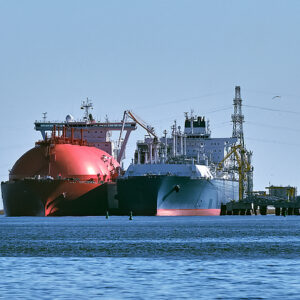 A liquified natural gas (LNG) export terminal could be coming to southeast Pennsylvania.

Gov. Tom Wolf signed House Bill 2458 last week. Passed by the General Assembly on October 25, the legislation creates a task force to study how to develop such a terminal in the area.

American Petroleum Institute (API) Pennsylvania called it a critical step to attracting a major job-creating energy project to the region.

“As the second-largest producer of natural gas in the nation, Pennsylvania has the potential to help address the increasing global demand for affordable, reliable natural gas and aid our allies overseas by exporting LNG,” says API PA Executive Director Stephanie Catarino Wissman. “We applaud policymakers for embracing this opportunity to strengthen Pennsylvania’s standing as a leading energy supplier and attract significant new investment to the state.”

DVJ reached out to gubernatorial candidates Josh Shapiro and Doug Mastriano for comment. Shapiro declined to respond, but Mastriano supports the LNG plan.

“An LNG export terminal will allow Pennsylvania to export our valuable natural gas to the rest of the nation and the crucial international market,” said Mastriano. “Thousands of new jobs will be created, especially for those in the building trades.

In addition, Mastriano said new revenue from the exports will be reinvested into the Pennsylvania economy. As a result, Mastriano viewed it as a win-win for everyone.

Retiring state Sen. Bob Mensch (R-Bucks/Montco) says the LNG plan is needed to counter anti-energy-development policies of the past.

“I want to add my voice and approval for HB 2458 which will provide a much-needed avenue for the export of PA produced natural gas,” Mensch said. “Decisions over the past several years at both the federal and state level have intended to debilitate the natural gas industry in PA.  I’m pleased the governor signed the bill realizing 37 Senators voted for this important economic development action.”

Not every Delaware Valley legislator is on board, however. Rep. Greg Vitali (D-Havertown) said the U.S. will never reach carbon neutrality if it keeps building fossil fuel infrastructure like LNG terminals. Instead, Vitali said we should be devoting our resources to producing carbon-free energy and energy conservation.

“The war in Ukraine will long be over before an LNG terminal could be operational in Philadelphia,” says Vitali. “Exporting LNG overseas increases the price of natural gas to customers in Pennsylvania.”

Vitali adds that LNG terminals should be built in remote locations, not high-population areas like Philadelphia, to avoid the risk of catastrophic loss of life and property in the event of a leak or explosion.

Vitali is not alone. In April, Rep. Mary Isaacson (D-Philadelphia) told DVJ she did not support House Bill 2458.

“It is unfortunate that bill author and Rep. Martina White (R-Philadelphia) didn’t consult with representatives who actually represent the constituents on the waterfront – the Pennsylvanians who would be most affected by this,” said Isaacson.

For example, Isaacson said there is no mode of transportation to import the fuel that would not impact people in Philadelphia.

“They and their representatives should have been consulted about this type of task force being created,” Isaacson said. “While this bill and task force is being falsely presented as a positive step forward for Pennsylvanians, it is actually expediting the placement of a dangerous environmental hazard in their backyard.”

Export terminal opponents may face an uphill battle. Even President Joe Biden is on record as saying he is not opposed to LNG and LNG infrastructure.

In March, the Biden administration and the European Commission on European Energy Security issued a joint statement saying they were “committed to reducing Europe’s dependency on Russian energy.” The March statement mentioned a Task Force on Energy Security.

“The Task Force will strive to ensure, including working with international partners, additional LNG volumes for the EU market of at least 15 bcm in 2022 with expected increases going forward.”

Meanwhile, the Biden administration said it was “committed to maintaining an enabling regulatory environment with procedures to review and expeditiously act upon applications to permit any additional export LNG capacities that would be needed to meet this emergency security objective.”

API said it is prepared to help.

“According to a recent study commissioned by API and conducted by Rystad Energy, although U.S. LNG is already flowing to Europe at record levels, significantly more will be required to fully rebalance European gas markets in the wake of Russia’s invasion of Ukraine and the resulting energy crisis,” said API PA. “The study found that in the absence of Russian gas, Europe’s demand for LNG would increase 150 percent from 2021 to 2040.”

The task force will be composed of legislators, the natural gas industry, Philadelphia building trades, and PhilaPort. Members will study the economic feasibility, financial impact, and security issues involved in making the Port of Philadelphia an LNG export terminal.