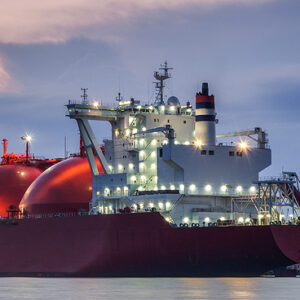 Can Philadelphia become a leader in exporting liquidized national gas (LNG) to international markets? A bill in Harrisburg would create a task force to study the idea.

“Russia’s unprovoked invasion of Ukraine makes it clear that the world has become too reliant on Russia for its energy needs,” said Rep. Martina White (R-Philadelphia), the author of House Bill 2458.

The measure passed the House on Wednesday, April 13th. The Senate will now take up the bill for a vote.

The task force would be composed of legislators, the natural gas industry, Philadelphia building trades, and PhilaPort. Members would study the economic feasibility, financial impact, and the security necessities involved in making the Port of Philly an LNG export terminal.

“Europe is heavily dependent upon Russia for its oil and gas,” said White. “In 2021, two-fifths of the gas Europeans used came from Russia, which makes it more difficult for those countries to impose sanctions on Russia as punishment for President Vladimir Putin’s murderous behavior and to dissuade him from further hostility, but Pennsylvania can make a tremendous difference.”

“We’re supportive of this legislation and efforts to expand Pennsylvania’s potential in exporting LNG,” said Stephanie Catarino Wissman, executive director of API Pennsylvania. “Given the tremendous natural resources located in-state, we believe that Pennsylvania could do more to aid our allies overseas by supplying LNG to help reduce reliance on Russian energy and provide stability.”

Representative Mary Isaacson (D-Philadelphia), however, does not support the bill.

“It is unfortunate that Representative White didn’t consult with representatives who actually represent the constituents on the waterfront – the Pennsylvanians who would be most affected by this,”  Isaacson.

For example, Isaacson said there is no mode of transportation to import the fuel that wouldn’t impact the citizens of Philadelphia.

“They and their representatives should have been consulted about this type of task force being created,” Isaacson said. “While this bill and task force is being falsely presented as a positive step forward for Pennsylvanians, it is actually expediting the placement of a dangerous environmental hazard in their backyard.”

With a GOP majority in the state Senate, the bill is likely to pass. And it’s got support from across the aisle as well. Independent Senator John Yudichak also backs the legislation, citing “war in Europe and record gas prices at home.”

“It is certainly something worth further study,” said Boscola’s chief of state Joseph Kelly.

At both the national and state level, Democrats have down-shifted their opposition to increased oil and gas production in response to Russia’s invasion of Ukraine and soaring gas prices in the U.S. On Friday, for example, the Biden administration said it will resume selling leases to drill for oil and gas on federal lands, ending a moratorium declared when the Democratic president took office.

Meanwhile, environmental groups like the Sierra Club Pennsylvania have expressed their concerns about the LNG task ford.

“It would take many years and cost billions of dollars to enable export of fracked gas from the Port of Philadelphia,” says Thomas Schuster, clean energy program director at Sierra Club Pennsylvania. He argues that, by the time the facility came online, Europe would be well on its way to weaning itself off gas use entirely.

“Not only would this proposal be too late to address dependence on Russian gas, it would lock us into decades of excessive climate-disrupting pollution,” says Schuster. “In fact, the Department of Defense has long recognized that climate disruption greatly increases security risks throughout the world, so to make that problem even worse in the name of global energy security is a sad irony indeed.”

There is little evidence, however, that Europe is ending its reliance on fossil fuels. A projection by the Organization for Economic Co-Operation and Development (OECD) predicts European demand for natural gas will actually be higher in 2050 than today.

Meanwhile, Marcellus Shale Coalition president David Callahan thinks the LNG project is a win-win for Philadelphia and the state overall.

“We have a world-class natural gas resource base in Pennsylvania and the southeastern part of the state has long played an important role in connecting production to key markets,” says Callahan.

The Pennsylvania Independent Oil & Gas Association is also on board.

“We fully support efforts by the state legislature to facilitate the export of liquified natural gas from the Marcellus and Utica shale formations,” said Dan Weaver, PIOGA’s president and executive director. “The past few months have made it abundantly clear that the oil and natural gas that provide more than 50 percent of the world’s energy are global commodities that are in great demand and at almost immediate risk of supply and price disruptions from a range of factors.”