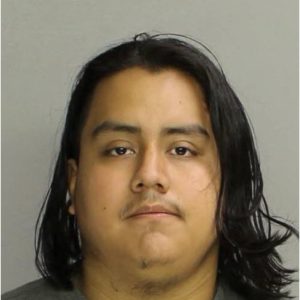 Martinez was picked up following an investigation by the Montgomery County Detective Bureau following a cybertip from the National Center for Missing and Exploited Children regarding the upload of 47 images of infants to 8 year olds, all girls, involved in sexual acts. Detectives traced the computer internet address used for the Dropbox account to a Verizon account, and that led them to Martinez’s home.

Executing a search warrant for the Dropbox account, detectives found 662 image files. In some of the photos, the children appeared to be drugged or restrained.

Steele’s office announced the arrest of another Montgomery County man, 63-year old Edward Elvin, Jr., last week on charges of posessing thousands of images of child pornography of children. “More than 100 of these images were of children under the age of 13, and most were of babies and toddlers,” Steele said following Elvin’s arrest December 8.

Martinez was arraigned Monday before Magisterial District Judge John Kessler, who set bail at $25,000 unsecured. Unsecured bail means the defendant is released but responsible for the entire bail amount if he does not show up for a scheduled court date.

Preliminary hearing is set for December 16. The case is being prosecuted by Assistant District Attorney Nicholas Beeson, who is a member of the Family Protection Unit.