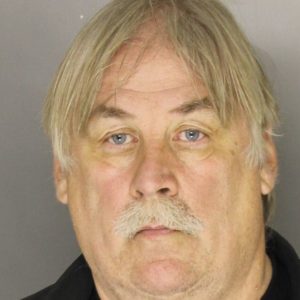 The Montgomery County District Attorney’s office is filing more than 100 felony counts against an Audubon man after police arrested him for allegedly possessing thousands of images of child pornography.

The arrest of Edward Elvin Jr., 63, may not have happened if not for 25 “cybertips” from Google, which were then routed first to the Delaware County Internet Crimes Against Children (ICAC) task force.

“The cybertip provided detectives with the user account information, including the computer IP address linked to a Comcast account for Elvin’s residence in Audubon,” a press release from Montgomery County District Attorney Kevin Steele said.

Google essentially monitors Gmail and other internet accounts under its purview and actively scans image files to detect child pornography.

Elvin has been arraigned with an unsecured bail set at $25,000 and has a preliminary hearing set for January 5. Unsecured bail means the defendant is released, but is liable for the full bail amount if he does not appear in court as scheduled.

He is also under order to have no contact with minors and can have no personal use of the internet as well.

“More than 100 of these images were of children under the age of 13, and most were of babies and toddlers,” the DAs office said in the release.