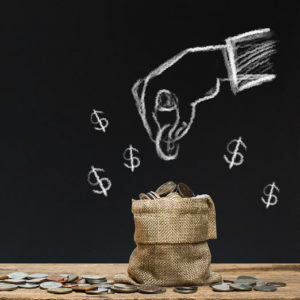 A game of she said-he said is underway over state funding for Pennsylvania’s public schools. It started in March when The Philadelphia Inquirer columnist Maria Panaritis examined funding between urban and suburban districts and wrote that “state lawmakers have drastically reduced state funding for public schools over the last generation.”

“The truth is that state funding has gone up significantly pretty much over any period of time that you can look,” says Colleen Hroncich, senior policy analyst with the Commonwealth Foundation. “State funding per pupil has gone up in the last 10 years almost 20 percent.”

Marty Lueken, director of EdChoice’s Fiscal Research and Education Center (FREC) said the same. “If you look at the whole picture, funding has gone up and up in Pennsylvania for decades.”

“The Inquirer won’t retract it,” Hroncich says about the column. “Instead, Panaritis is attempting to re-explain when she claims ‘drastically reduced state funding,’ she means ratios, but that’s just absurd.”

Hroncich adds Pennsylvania schools rely more on local revenue so the state share is going to be smaller.

Panaritis defended herself in an email to Broad+Liberty, which has publicly criticized her claims.

“My column made the assertion based on the fact that the state share of what it pays for school district costs has dropped considerably since 1974, when 54 percent of what school districts spent came from state dollars,” Panaritis wrote. Today, she says, the state’s share of total spending is about 38 percent.

“As I noted in a column several years ago, state officials — through the ensuing decades — did not keep state aid rising at the pace of education costs,” wrote Panaritis. “They have shifted more of the costs of education onto the local taxpayer in deciding that the state would pay a smaller share of the education budget.”

This did not satisfy DeAngelis, who says measuring the state’s share of total spending isn’t particularly meaningful when it comes to public school funding. “The state is still spending more,” he noted.

This is not the first time The Inquirer dealt with this issue. A December 2019 article mentioned “drastic cuts to funding” in recent decades. The Inquirer has made at least two changes to the online version of that piece, the last one acknowledging “education funding has increased over the last decade in Pennsylvania, but costs have outpaced those increases in many places across the state.”

Pointing to stats from the Pennsylvania Department of Education, Hroncich says state funding per pupil has gone up, not just in the last 10 years, but for decades.

What about the budgets for some of the biggest districts in the Delaware Valley? What do the numbers look like for Central Bucks, Downington, Upper Darby, West Chester, and Newtown?

“There is a lot of variety in funding in Pennsylvania school districts because the local districts have control over their funding, and because we rely on property taxes, that causes a lot of variation,” answers Hroncich. “So, in those big districts, adjusted for inflation, state funding per pupil has gone up about 21 percent.”

This is an issue filled with numbers, and voters are likely to get frustrated and move on. But Lueken says it’s important to understand them. “If you want to have honest and productive conversations around education reforms, you need to start with basic facts. A lot of the debates revolve around questions about funding.”

“It’s raising the next generation, and right now. Pennsylvania is already spending billions, and the federal government, in all the different relief packages, is sending another $6.3 billion to Pennsylvania schools,” says Hroncich. “Gov. Tom Wolf wants to increase spending on top of that, but it’s just not sustainable.”

“The funny thing is the numbers are there,” she said. “So, it doesn’t work for them to lie about it, but somehow they keep doing it.”