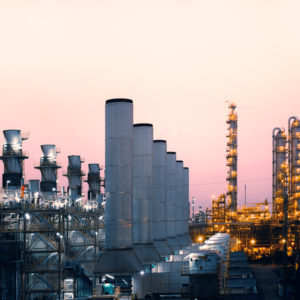 A little-known federal mandate designed to encourage renewable fuel use has morphed into a form of ‘energy bitcoin’ driving up gas prices, critics say. And the costs are endangering energy jobs right here in the Delaware Valley.

“Union jobs are at stake,” said Jim Snell, business manager for Steamfitters Local 420, one of the unions participating in the coalition. “It ties in directly to this whole RINs issue.”

“When refiners are not able to essentially generate enough fuel from the RFS they must buy or sell those credits,” Nick Loris, Vice President of Public Policy at Conservative Coalition for Climate Solution told Delaware Valley Journal. “If the refiners can’t comply by generating their own fuel, then the demand for these credits increases, and that increases the price of these credits anywhere from 30 cents to a few bucks.”

High gas prices are hurting the Biden administration politically. An ABC/Ipsos poll found 70 percent of Americans disapprove of how Biden is handling the issue, and the White House is reportedly looking at temporary changes to renewable fuel regulations to address the problem. According to White House press secretary Jen Psaki, the administration may allow the sale of gasoline with higher blends of ethanol this summer — the so-called “winter blend” — to keep supplies up and help bring prices down.

“Spring is the time of the year where some of these refiners will shut down and switch from winter to summer grades of gasoline,” he said. “Studies have estimated that can add five to 15 cents per gallon, and while it’s a sensible regulation, it helps reduce smog, that temporarily reprieve of this regulation can help avoid an even higher cost increase at the price of the pump.”

Then there is the cost of the RINs themselves. Instead of a regulatory tool to help cap emissions or promote renewable fuel production, they have become a form of “energy bitcoin” with an intrinsic value of their own. According to the Fueling American Jobs Coalition, a group promoting reform of the RFS system, the price of RINs rose 1,250 percent between January 2020 and January 2022.

“It’s clear it has become its own phony market, much like carbon credit trading that is wrecking the European Union and its members,” Dan Kish, distinguished senior fellow at the Institute for Energy Research. told DVJournal. “The middle-men make all the money and the farmers who produce ethanol and consumers end up paying the price.”

Some of those jobs are at the Monroe Energy refinery in Trainer, Pennsylvania.

“A stone’s throw away, also on the Delaware River but inside Delaware, is a refinery called PBF,” says Snell. “Those two facilities are union facilities, and if either one of those refineries is suffering, struggling, which they have been, it’s going to threaten the closure of those refineries, and that puts my members out of work and members of the Philadelphia building trades along with Steamfitters 420.”

Meanwhile, it is not just building trades at risk. Snell notes workers at the refineries are represented by the steelworkers union.

“But I’m here to tell you that down the street, so to speak, if that refinery was to close due to the RINs issue, (it would be bad),” says Snell. “They’re not crying wolf. They’re doing everything they can to keep that place open. But somebody might just come in and say ‘that’s it, lock the gates, it’s over,’ and that’s what we’re scared to death might happen.”

Supporters of renewable fuels and the RFS do not think reforms are necessary.

“Some oil refiners want to have it both ways,” says Renewable Fuels Association President and CEO Geoff Cooper. “First, they argue RINs are a cost they have to ‘eat’ and they can’t pass on. Then they say they fully pass on their RIN cost all the way to consumers in the form of higher gas prices.”

“The truth is, refiners don’t really have to buy RINs at all—if they just purchased and blended the biofuel volumes as required by law, then they would not need to purchase RINs from refiners who blend more biofuels than required,” says Cooper.

In any event, Cooper says it is broadly understood that refiners who choose to buy RINs instead of blending biofuels pass RIN costs on to wholesale customers, but not to retail pump prices.

“Even the biggest U.S. refiner (Marathon Petroleum), the American Petroleum Institute, and EPA itself agree that all refiners, both small and large, recoup the cost of RIN credits through higher wholesale prices for gasoline and diesel,” says Cooper. “Meanwhile, RIN prices do not have an effect on retail fuel prices, according to EPA and independent university researchers. The primary driver of retail gasoline prices has always been crude oil prices—that has not changed in the RFS era.”

Snell is not pleased. He hopes legislators will do something fast. If they do not, it may be at their own peril.

“If I’m one of these people up for reelection in the fall, the one thing I want to see is the price of gas going down,” says Snell.