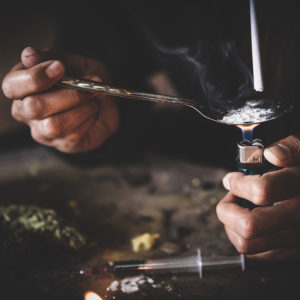 GIORDANO: Philly Progressives Want Drug Injection Sites in Any Neighborhood But Their Own

Philadelphia progressives are like the postal workers of bad ideas: Neither laws nor court decisions nor horrible outcomes can keep them from pursuing their latest bad idea.

They are close to succeeding with their drive to create a “safe house “in Philadelphia where addicts could inject drugs like heroin and have medical personnel available to treat them if they overdosed.

A band of activists pushing that disastrous idea recently tried to sneak a similar site into South Philly. A ferocious united front stopped them. Now, Philadelphia Mayor Jim Kenney is claiming a safe house will only be located in an area in which the majority of people want it. I wonder what neighborhood would that be? And how will Kenney determine that the majority of residents want it?

We know people in South Philly don’t want it. Maybe the liberal virtue signalers in the Rittenhouse Square area or maybe Chestnut Hill would like to host this program. No, the smart money is on the people of Kensington having it inflicted on them. Think of all the hardworking, decent people in that community who have to endure being the city’s dumping ground.

One advisor helping Kenney flesh out the rationale for this injection site approach is Allison Herens. She’s the city’s first harm reduction czar. In defense of the safe-injection sites being considered by the city, she told WHYY.org: “I think it signifies as a city we are finally starting to, at least, address the fact that you can’t force people into treatment. We can have this moral code, but people still have their own choices in life, and part of helping people is really respecting and acknowledging those choices.”

Herens must sense that the moral code of Philadelphia might still reject the “choice” of having an injection site in their neighborhoods because she wanted to call them “comprehensive user engagement sites.”

Part of the city’s sales pitch is that these sites will actually turn away people from drugs. I’m in the camp that they should more aptly be titled “user enablement sites.” I have been to the needle exchange site in Kensington and,  in addition to the horror of witnessing it firsthand, I came away with the idea that the next incremental step would be to set up sites with clean needles and medical personnel to assist people. I’m sure the next step after that will be to have lab technicians on-site to test the drugs. At that point, why not just provide the drugs that don’t contain fentanyl or other impurities?

Another part of Kenney’s sales pitch is the idea that kids wouldn’t have to see people shooting up on the streets and they wouldn’t have to step over needles on the way to school. He assured Philadelphia that everything would be contained in the building they chose. I wonder if the drug dealers got that memo, or do they believe a site like this would just make it more convenient for them?

This is a test for Philadelphia. Do they really buy the notion that assisting people in continuing to kill themselves is what it means to be compassionate? Before we go further down this path, how about considering mandatory treatment programs for those arrested for illegal drug use? How about considering that the surge in heroin usage is connected to the lockdown due to COVID that people have experienced for an excessive period?

If, after all these considerations, you still want these sites — and I’m told there will have to be several of them — then the good, virtuous progressives of Philadelphia can do the right thing: volunteer to open these sites in their own neighborhoods.