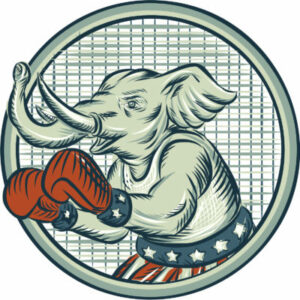 GIORDANO: Do PA Republicans Want to Win? Here Are Three Things They Need to Do.

After being in the ring for months with all the candidates, countless surrogates, and many election officials, I have come to some clear conclusions about what needs to be done on the Republican side in races for the U.S. Senate and governor in Pennsylvania.

The first thing that needs to be fixed is the process for counting votes in Pennsylvania races. We have become the laughingstock of the nation. Urgency is not the watchword of the people in charge of counting votes in most counties. I realize that Pennsylvania Act 77, which paved the way for the mail-in ballot nonsense, needs to be repealed. I know that Josh Shapiro, the Democratic Party nominee for governor, would veto any attempt to rid us of this current cumbersome and possibly corrupt system.

So, we must allow counties to count mail-in ballots a few days before Election Day. But we should also tighten the deadlines that they face to get all votes counted. For example, the current deadline of getting votes counted in the recount vote process of June 7 for the May 17 primary is offensive.

Each day that goes by without a resolution weakens confidence in the validity of our elections.

Second, I believe it is time for Dave McCormick to drop all the lawsuits he has filed arguing that mail-in votes received without a date written on the envelope by the voter should be counted. I have grown to respect and like McCormick during our nearly weekly interviews over the course of the campaign. But his lawsuits following a Commonwealth court’s ruling saying that mail-in ballots without a date should be counted are playing right into the hands of people like national Democratic lawyer Marc Elias who are trying to weaken any restrictions on the counting of mail-in ballots.

I understand McCormick fought a very hard race against Dr. Oz and spent probably $10 to $12 million of his own money, but the recount should be his last action in this election. I’d like to see him named chairman of the Pennsylvania GOP and I’d like to see him become the nominee for the upcoming Senate race against Sen. Bob Casey, Jr. I believe Casey has essentially coasted on the family name and is very beatable.

It is also clear to me that election integrity is a critical issue with Pennsylvania voters. However, I don’t think the Republican nominee for governor state Sen. Doug Mastriano, is approaching it in the right way. His rantings about voting machine conspiracies and his suggestion that as governor he could overturn election results in the 2024 presidential race are not a statewide winning strategy. I like that he is talking about the importance of the Secretary of State’s Office in running elections and I’d like to hear him flesh out the types of people that he would consider for the office.

I’d also like to see Mastriano engage with more media outlets rather than just that small number that seem to amplify some of his more radical views. He refuses to come on my show–and much of talk radio in the state–apparently because he can’t any kind of challenge even from conservative hosts.

His decision to hang up the phone during an interview with DelawareValleyJournal.com is a prime example of a strategy that will fail.

The bottom line is I think Dr. Oz is the presumptive Republican nominee for the Senate and I think he can beat John Fetterman. Doug Mastriano can beat Josh Shapiro, but he must make some big–but doable–changes.