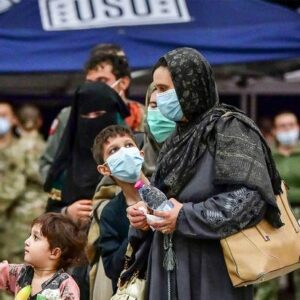 FLOWERS: When Do the ‘Afghan Lives Matter’ Marches Start?

Over the past few weeks, I’ve written the word “Afghanistan” more than I have over an entire lifetime.  My interest in that part of the world was never particularly acute, even though I specialize in immigration and asylum law. I’m familiar with humanitarian crises, but beyond my experience with victims of the Pakistani Taliban, I can’t say that I’m an expert in Afghan history, Afghan culture, or Afghan pain.

And while I can’t claim to have gained any knowledge in the first two categories, there is no question that I am now well-versed in the last. That is due, entirely, to Joe Biden and his Keystone Cops administration.

The withdrawal from a nation we’d “occupied” for over two decades was many things, some of which I can actually describe in a family publication. What it was not is an example of serious, dedicated individuals who understand the complexities of humanitarian crises.  Our current Secretary of State, Anthony Blinken, assumed the demeanor of a deer in headlights when confronted with questioning from senators like Rand Paul and Marco Rubio at a hearing this week.  His concession that our government had provided the Taliban with a manifest of names of those seeking to flee Afghanistan was just one example of the government’s malfeasance. 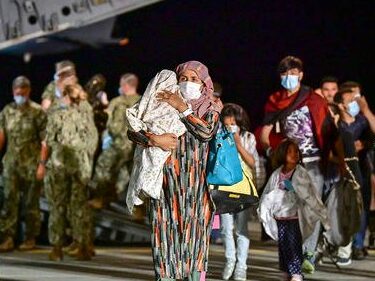 Worse was his inability to confirm that the family killed in a drone strike ordered after 13 of our military were murdered were connected to a terrorist network. As The New York Times and The Washington Post have suggested, the victims were actually an aid worker and his relatives. But Blinken didn’t even seem to know that much.

President Biden harbors more hostility toward people who don’t want the vaccine than he does toward the Taliban, who’ve been described by an NSC spokesperson as “professional and businesslike.” His scolding tone at a recent press conference where he avoided any questions about the humanitarian debacle unraveling on his watch was painful to see. His lack of awareness, and alertness, are palpable.  So is his lack of empathy, something which is surprising in a man who ran on a platform of caring.

But you know who angers me even more than the administration, callous and incompetent as they’ve shown themselves to be? The people who make me cringe at their hypocrisy and their dishonesty are the folks who spent the last four or five years railing against Donald Trump and his “white supremacist” supporters who, allegedly, didn’t care about Brown people.

When Trump announced the Muslim travel ban in January of 2017, I rushed to the airport in protest.  There are photos of me in my new winter coat, standing in front of signs that called the then-president Hitler (clearly, not my signs) and condemned his acts as “human rights violations.” I tended to agree and triggered the anger of many of my conservative friends who, to this day, seem to think we’re allowing hoards of terrorists flood the border. Really, not the case.

When Trump extended the family separation policy that went well beyond what President Obama, its creator, had envisioned, I wrote outraged opeds about the cruelty of deliberately taking children away from their parents.

When Trump withdrew our troops from Syria, thereby abandoning our steadfast allies the Kurds, I left the GOP rather publicly.

I did this because human and civil rights are not partisan politics for me. They are apolitical metrics of our own humanity, and our ability to empathize with the least of these, as my Catholic faith teaches.

But I look around today and wonder where the marchers are, shouting about the betrayal of the Afghan allies who have been left to fend for themselves under the new Taliban regime.

I wonder if there are any rallies at the airports, demanding that this president expedite the processing of refugee applications and special immigrant visa applications.

I search for the same faces I saw at protests in this city and beyond, women screaming about their sisters in burqas being beaten in the streets of Kabul and Kandahar and Herat.

The only ones that seem to care are either family members of those trapped behind enemy lines or those of Afghan descent. Where is the DNC, criticizing this White House they so eagerly retook in November?  Why is Jen Psaki making excuses for her boss’s malfeasance and dereliction of duty when she was so quick to attack his predecessor on the cable news channels?

The silence, the lack of concern, the empty streets, the absence of posters and slogans and raised fists, is astounding.  The lukewarm critiques, the rueful shaking of heads, the “well, it doesn’t look great but the other guy was worse” excuses from the intelligentsia are depressing.

But I’ve learned after a quarter-century of immigration advocacy that the voices are loudest when Republicans are the predators, and they fade away when the violence is perpetrated or catalyzed by people who have always considered themselves the good guys.

As someone who doesn’t give a damn who sits in the Oval Office when crimes against humanity are committed, that both troubles and nauseates me.