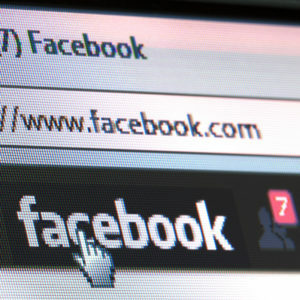 I’m used to being suspended by social media. I have a fairly colorful way of expressing myself, which is attributable to my Irish-Italian pit bull lineage. But I’m also a lawyer, which means I have some passing understanding of how to carefully parse words and phrases so that I can insult you without actually insulting you, I can attack without visibly drawing blood, I can tread that filament of space between cheeky and defamatory.

But these days, we don’t deal in nuance. In fact, social media has become so obsessed with politically correct expression and sanitized thought that if there is even the suspicion of someone saying something that goes against conventional wisdom or accepted societal rules, they are virtually arrested, virtually charged, virtually tried and virtually convicted before you can upload a new profile picture.

This is what happened to me the other day when I posted something that I thought was funny and fairly innocuous in terms of its social impact. I’d been involved the night before in an unpleasant exchange with a woman in a pizza shop. She had a mask on and was choosing which slice of upscale designer focaccia she wanted to bring home to her Rittenhouse Square penthouse. At the end of the counter was a man, mask dangling from his ear, waiting for his own order to be warmed up and sipping on an espresso.  Here is how I described what happened next:

“From the right of me I hear, “Put on your mask.” I knew the comment wasn’t directed at me because I was already wearing the ineffective, butterfly-wing-thin piece of paper on my nose and mouth, something I call my Bocca Burqa, so that I could access the restaurant.

I looked around and realized that the woman was talking to the man who was waiting for his order, his own mask dangling from one ear as he sipped an espresso at the bar. He was more than 6 feet away from her.

The man said “Mind your own business, lady.” I would have been even less polite, so I gave him points. The woman, blessed with the flaming red hair her ancestors never had and struggling to mobilize cryogenically-frozen mouth muscles screamed (and I mean screamed) “Put your mask on you fat ass.”

The man was overweight, but I was always taught that you can only safely criticize the weight of blood relatives and Rosie O’Donnell, so I was shocked. The man replied in kind, saying “Shut up, bitch.”

And she gathered all of her powers of indignation and fury and launched the most scathing, deadly, hurtful thing she could come up with: “Fuc$ing Trump voter. I hope you die, but don’t you kill me!”

And then his order arrived and he went to a corner table to eat.

I was still in shock. I was debating whether to say anything when the woman told the cashier: “I live here and I’m not going to let that animal make me sick.”

And that did it. I said, “Ma’am, that was completely wrong. I’m wearing a mask. I’m vaccinated. But you are out of line. Did you have to be insulting? Calling him fat? And really? Trump? Last time I checked, Biden is president.”

She looked taken aback that someone who was superficially a fellow traveler (female, mask wearer, wearing animal print accessories) was criticizing her. But she rebounded quickly. “He’s a fat, ignorant anti-science Trumper.”

At that point the manager came to the register and looked at me and said, “Please, can you stop raising your voices and making a scene?”

And that’s when Joan of Arch Street emerged and said, pointing like Emile Zola in “J’accuse!”

“It was THAT woman. Her. She started it when she insulted that man (waving an accusatory finger at the embarrassed male diner). She called him fat. She called him a Trump voter. She is at fault.”

And then I looked at the manager and said, “I don’t need your pizza that badly. I need to be more than 6 feet away from HER.” (Accusatory finger shifts back to Redhead, who was as naturally Red as a California Redwood) and then I stormed out of the pizzeria.

As I trudged home, sans pizza and umbrella but with conviction, I realized that I do not want to be within 6 feet of anyone who makes masks and vaccines the hallmark of their humanity.”

That was the entire content of my post, give or take a few emojis.  It got a few thumbs up, lots of clicks, and I also shared it in a private Facebook group I belong to. Private groups are just that, private. Only those who have access to the group can see the posts, and I’m pretty sure that no one in this group objected to my post.

But lo and behold, I get a notice from Facebook that I was being suspended for three days because my post had “violated Community standards” by spreading “misinformation” about masks and vaccines.  That’s exactly what it said. I re-read my post, and while it did appear a bit cutting, particularly the comments about the lady’s flaming hair, I couldn’t find anything in it that disseminated false facts.  It was pure opinion, albeit snarky in tone (is there any other tone?)

Ironically, hours after I was told that I’d been put in Facebook Siberia, they took off my ankle bracelet and I was released. There was no warning nor explanation, I  just woke up the next morning and was able to post like a normal human being.  It wasn’t exactly Alexander Solzhenitsyn getting out of the Archipelago Zuckerberg, but it was rather momentous.  Apparently, my appeal to the Facebook gods had been reviewed and approved.

But I’m not celebrating. The fact that something I posted in a private social media group caught the attention of someone with Stasi propensities, and a knee-jerk decision was made based on partisan assumptions, is appalling.  The fact that an opinion was considered “dangerous” is Kafkaesque. The fact that making fun of a woman who was making fun of a man violates “Community standards” and we have no idea what those standards are really troubles me. It should trouble all of us.

Whatever your opinions on masks or vaccines or abortion or election fraud or Chris Cuomo or Larry Krasner, they’re your opinions. Opinions are not dangerous. You know what is, though?

Not being able to have them.