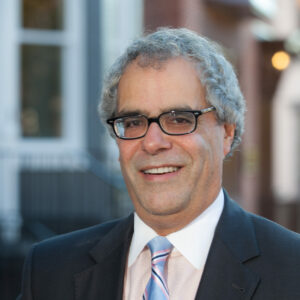 Posted to Politics May 12, 2022 by Christine Flowers

I just finished a consultation with a young woman from El Salvador who was fleeing the rampant violence in her country. Without revealing any confidential information, that young woman suffered more than anyone should be forced to undergo in 19 brief years on this earth. And yet, she had hope that we could offer her a better life.

“Hope” is a very special thing, and something in which this country specializes. “Hope,” as Emily Dickinson wrote, is the thing “with feathers” that keeps us soaring in the moments when our feet are filled with lead. Hope, as my mother used to say, is the last thing to die.

Charlie Gerow has made his gubernatorial campaign about hope. To the veterans of political campaigns, that might sound naïve. To angry voters divided by culture wars and suspicion, that might sound foolish. To me, it hits the perfect note. Charlie is one of many in a crowded primary, and he isn’t at the head of a fractious pack. But perhaps that’s a good thing because it’s given him an opportunity to cross this beautiful commonwealth and not worry about endorsements, angering famous politicians, triggering media pushback, or pushing the wrong buttons of Pennsylvanians who are tired of the mess created by Tom Wolf and his coterie of incompetent Democrats.

I sat down with Charlie the other day to talk about everything from unborn babies to marijuana as we enter this last, frenetic phase of the primary. I’d been at his campaign launch last year, followed his progress through the primary and the debates, and wanted to see what kind of a mark this crazy political season had made on a man who-in my opinion-is the only GOP candidate who can pull together a coalition to beat Josh Shapiro. It was a candid conversation, as any chat between two lifetime Pennsylvanians would be.

My first question was whether his months of campaigning had changed his mind about any issues that were central to his platform and policies, and he stated they hadn’t. It came with this caveat: “I haven’t changed any of my positions, but I’ve expanded some. For example, I’m developing a plan to put 1,000 more police officers on the streets of Philadelphia to protect people and public safety. I’ve also proposed that we require graduating high school students to pass a citizenship test, similar to the one that naturalized citizens take.”

Every Philadelphian reading this should support Charlie’s push for more police officers. The Democrats floated the ridiculous idea that we should defund the police, before realizing that was a dead-end message, and that not even their base could support this dereliction of duty and concern for the average, law-abiding citizen. As far as the citizenship test, that would go a long way to reminding American children that they are not racist, they are not sexist, they are not evil, and they belong to the greatest country on earth. Immigrants should not be the only ones obligated to fully understand the nature and grandeur of our history. As Charlie noted, “Teaching old-fashioned civics is a great way around the CRT and transgender sports nonsense our kids are being indoctrinated with.”

The first time I met Charlie was at a pro-life rally in Harrisburg. He spoke at the rally, and talked about his devotion to the pro-life movement. It’s personal for him, as he’s explained numerous times on the campaign trail. Charlie was born to a single mother in Brazil who couldn’t take care of him. She did the most honorable and painful thing a mother can do: Give her child up for adoption so that he could have a better life. As a result of that selfless generosity, he’s enjoyed a life that would have been unimaginable had he remained in the slums of Brazil.

When I asked him about the recently-leaked Dobbs decision, Charlie asked, “If we won’t fight to defend the most defenseless, our unborn children, for whom will we fight?” This candidate would provide a stark contrast to Democrat Shapiro who believes abortion should be legal up until the ninth month.

Almost as controversial as abortion is the issue of legalized marijuana. Pennsylvania has not gotten to the point where non-medicinal pot is legal in the commonwealth, but it appears there is some momentum for legalizing cannabis. I am strongly opposed to legalization, and asked Charlie why he mentioned at a recent debate that he’d sign a bill making it legal to smoke pot. He responded: “It was a debate, and I was given 30 seconds to answer. I’ve made it clear that I’m not pushing for decriminalization or legalization. The bill I referenced is being pushed by my state senator, a Republican with background in law enforcement. He sees it as both inevitable, and an issue of regulation and taxation.” An honest, pragmatic answer.

Of all the candidates out there on my side of the aisle, it’s clear that Charlie Gerow is the only one who can build a coalition of the willing, the unified, and the hopeful. Given his years of public service and dedication to the state, I hope he gets that opportunity.