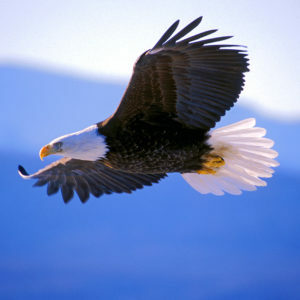 After decades under threat from pollution, poachers, and poisons, America’s bald eagle population has recovered, thanks in part to aggressive federal action. Now a new threat has emerged, also promoted by Washington politics.

A green energy company has been found responsible for killing at least 150 eagles, including bald and golden eagles, highlighting the unintended consequences of relying on wind to generate electricity.

ESI Energy Inc. was sentenced Tuesday in Cheyenne, Wyoming, for violations of the Migratory Bird Treaty Act (MBTA). ESI is a subsidiary of NextEra Energy Inc. ESI owns other companies, many of which operate wind energy generation facilities throughout the United States, including in Wyoming, New Mexico, Arizona, California, Colorado, Illinois, North Dakota, and Michigan.

Ironically, the company’s crime was not killing the endangered birds, but doing so without having the proper permits.

“This whole episode illustrates that the wind industry is a major killer of birds — including bald eagles and golden eagles and bats — but the government lets it happen as long as they’ve filled out the paperwork and gotten the permit to do so,” said Myron Ebell, director of the Center for Energy and the Environment at the Competitive Enterprise Institute in Washington.

ESI pleaded guilty to three counts of violating the MBTA, each based on the documented deaths of golden eagles due to blunt force trauma from being struck by a wind turbine blade at a particular facility in Wyoming or New Mexico, where ESI had not applied for the necessary permits.

“ESI acknowledged that at least 150 bald and golden eagles have died in total since 2012 across 50 of its 154 wind energy facilities,” the Department of Justice said in a statement. “And 136 of those deaths have been affirmatively determined to be attributable to the eagle being struck by a wind turbine blade.”

The court sentenced ESI to a fine of $1,861,600, restitution in the amount of $6,210,991, and a five-year period of probation during which it must follow an Eagle Management Plan.

Rebecca Kujawa, president of NextEra Energy Resources and NextEra Energy Partners, disputed the DOJ’s handling of the case, complaining the federal government has chosen to “criminalize unavoidable accidents related to collisions of birds into wind turbines” while at the same time failing to address other activities that result in far greater numbers of accidental eagle and other bird mortalities.”

Kujawa went on, “We disagree with the government’s underlying enforcement policy, which under most circumstances makes building and operating a wind farm into which certain birds may accidentally fly a violation of the MBTA — even when the wind farm was developed and sited in a way that sought to avoid avian wildlife collisions. The reality is building any structure, driving any vehicle, or flying any airplane carries with it a possibility that accidental eagle and other bird collisions may occur as a result of that activity.

“We have a long-standing and well-earned reputation for protecting our environment and positively co-existing with and supporting wildlife around our facilities, and we have never sited a wind turbine knowing an eagle would fly into it nor have we taken any action in disregard of federal law,” Kujawa said.

L. Robert Murray, U.S. Attorney for the District of Wyoming, defended the prosecution, saying it is the government’s job to protect the endangered birds.

“Wyoming is graced with abundant natural resources — including both eagles and strong winds,” Murray said. “This shows our commitment to both maintaining and making sustainable use of our resources.”

James Taylor, president of the Heartland Institute, said the sad and ironic takeaway from the case is ESI simply failed to obtain a readily accessible permit from the federal government before its wind turbines bludgeoned more than 150 eagles to death in mid-flight.

Taylor said wind power companies are “cold-blooded executioners of literally millions of birds and bats each year in the United States,” which is a primary reason bird and bat populations are in alarming decline.

“Government forcing more wind power on the American economy will only worsen this tragic environmental catastrophe.”

American Bird Conservancy said it is still reviewing the finer details of the settlement, but Joel Merriman, director of the Conservancy’s Bird-Smart Wind Energy Campaign said enforcement through MBTA is a positive.

“The MBTA is more than 100 years old, it’s one of our bedrock environmental laws, and whether it’s a wind company or an oil company or any other industry, we are appreciative of seeing MBTA enforced.”

In this instance, Merriman says it appears there were a number of violations over many years. “So, it does make sense that this would be an instance where there would be an enforcement action.”

Bird populations in North America are down. A 2019 study from Cornell University found the region has lost nearly 3 billion birds in the last 50 years. “It’s pretty staggering,” Merriman said. “That’s the kind of thing that I think should get people’s attention.”