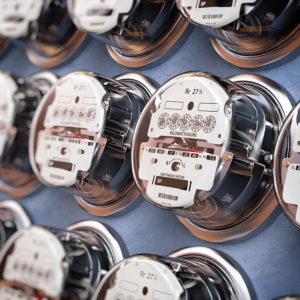 Joe Biden may be wildly popular in the Delaware Valley, but his energy policies don’t enjoy the same support. In fact, four in 10 voters in the region say they aren’t willing to pay a single additional penny in higher electric bills to implement his green energy plans.

The findings are in a new poll released by Delaware Valley Journal this week surveying registered voters in the four-county area. The poll revealed that Biden has a massive 60 to 35 percent lead over President Trump, but that support doesn’t extend fully to his energy policy.

One of the most contentious issues is fracking, and Biden’s on-again, off-again support for a fracking ban.

It appears, however, that in southeast Pennsylvania, voters aren’t motivated by the issue either way. More than 40 percent of respondents said Biden’s position on fracking would impact their votes. Only about 27 percent of respondents a fracking ban would boost their support for Biden — the same number who said they would be less inclined.

Those responses stand out given that the DVJ poll exhibited a decided left-leaning tilt, with Biden enjoying a commanding lead over Trump in the four-county collar region.

Delaware Valley residents, however, are adamant about paying higher energy bills to implement the Green New Deal: They’re against it. Despite the apparent popularity of environmental causes in the four-county community, more than 40 percent of respondents said they are unwilling to pay any more in utility bills to enact green policies.

Another 24 percent said they are only willing to pay an additional $10 per month. That’s far below the anticipated price tag for switching to a carbon-free energy grid.

Republican political analyst Charlie Gerow sees potential good news for President Trump in these numbers on energy. It may be a case, he says, of where “media hype far out distances conversations around the breakfast table.”

“The area of the state, southeastern Pennsylvania, that benefits from fracking every single day opposes it much more than the areas that are actually taking the gas out of the ground for the benefit of everybody, which I just think has to be pointed out,” Gerow told Delaware Valley Journal. “But, it’s pretty clear that neither a ban on fracking nor the Green New Deal is moving any votes in Joe Biden’s direction, even in the more liberal suburbs of Philadelphia. And it certainly isn’t in the rest of the state. So, I think that is on balance very, very good news for President Trump.”

For well over a year there’s been worry in the Democratic Party that the fracking issue might cause an irrevocable split between two key constituencies on the left: environmentalists worried about climate change versus blue-collar union workers who have been on a decades-long train of stable good paying jobs related to energy.

“In Crucial Pennsylvania, Democrats Worry a Fracking Ban Could Sink Them,” a headline from the New York Times openly worried.

For example, when Biden picked Kamala Harris as his running mate, it reignited the question over Biden’s energy policies, given that Harris had called for a full fracking ban while she was still a presidential candidate in 2019.

“With this pick for vice president, we know exactly where he stands,” Jim Snell, business manager for the Steamfitters 420 in SEPA told Delaware Valley Journal shortly after Harris was picked. “This is a ticket that wants to shut down oil and gas development in Pennsylvania.”

The Steamfitters union has been heavily invested in jobs with the construction of the Mariner East 2 pipeline as well as ongoing work at the Marcus Hook gas terminal in Delaware County.