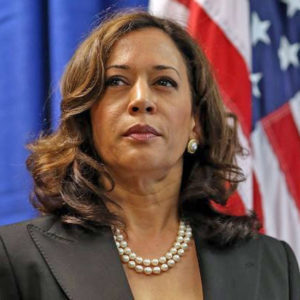 Joe Biden’s pick of Kamala Harris as his running mate has reignited the debate over natural gas and Pennsylvania jobs, an issue the Trump campaign has already targeted as it attempts to hold onto Pennsylvania’s 20 Electoral College votes in November.

As a candidate in the 2020 presidential primary, Harris was asked in a CNN town hall if she would implement a federal fracking ban on “day one.”

“There’s no question I’m in favor of banning fracking, so yes,” Harris said. “And starting with what we can do on day one around public lands. And then there has to be legislation.”

Unlike many political issues where the “red” and “blue” divide is all but unbreakable, fracking and the energy-sector jobs it creates has bipartisan support in Pennsylvania. Blue-collar union workers — traditionally reliable Democrat votes — have been riding the natural gas wave to a steady stream of paychecks over the last decade.

Those union voters, such as from the Steamfitters 420, are heavily invested in the Mariner East Pipeline project, as well as the final destination for all that gas — the Marcus Hook terminal in Delaware County.

“Biden has been trying to play all sides when it comes to oil and gas development in Pennsylvania,” Jim Snell, business manager for the Steamfitters 420 told Delaware Valley Journal. “One day he’s against it all, the next day he’s kind of for it, and then the day after that he’s against it again, but only in limited situations.

“His changing position on this issue has done nothing but cause confusion and sow uncertainty — until now. With this pick for vice president, we know exactly where he stands,” Snell said. “This is a ticket that wants to shut down oil and gas development in Pennsylvania.”

Snell’s 4,600 members are believed to be the kind of swing voters that gave Trump his narrow 44,292 vote victory in Pennsylvania in 2016, and helped carried him to 1600 Pennsylvania Avenue.

President Trump hit on the theme within hours of the Harris announcement.

“She is against fracking,” Trump said Tuesday. “I mean, how do you do that and go into Pennsylvania or Ohio or Oklahoma or the great state of Texas, she’s against fracking — fracking’s a big deal.”

As a result, David Spigelmyer, president of the Marcellus Shale Coalition, said calls for outright bans are irresponsible and dangerous.

“Banning the technology that’s made America a global energy leader would destroy hundreds of thousands of good jobs across Pennsylvania, including middle-class skilled laborers, and drive consumer energy prices to record highs while jeopardizing the clean air progress enjoyed across our country, not in spite of natural gas use, but because of it,” Spigelmyer told Delaware Valley Journal.

Coincidentally, the debate over fracking bans comes just as local Democrats and environmentalists are protesting three leaks in recent days along the pipeline.

“Yesterday, we learned 10k+ gallons of biproduct were spilled into the lake from Mariner East. That’s why we’re calling to SHUT IT DOWN!” State Sen. Andrew Dinniman (D-Chester County) wrote on Twitter.

Christopher Borick, professor of political science at Muhlenberg College, says Trump will certainly try to portray the Biden ticket as a threat to the industry. But, as Snell alluded, the Biden camp will be forced to give more particulars.

“The Biden campaign, and Harris in particular, will have to work at clarify[ing] exactly what their administration would mean for the industry, with the sweet spot being largely the position that Tom Wolf has taken in Pennsylvania,” Borick told Delaware Valley Journal.

“Wolf won twice in overwhelming fashion with a position on fracking that permitted it but with stronger regulation, tighter limits on areas where it could happen, and a call for taxation on extraction,” he added.

As for those blue-collar union voters, Borick says: “If one is tightly tied to the fracking industry, and that issue is most salient to them, it will be hard for the Biden campaign to win that voter over.”

At the same time, however, plenty of union votes remain in the “blue” camp.

Jim Cassidy, business manager of the Insulators Local No. 2 union outside Pittsburgh said most of his members have baked-in ideas about Trump, Biden — and now Harris.

“All the picks he could’ve made with the women that he vetted, she was the best choice,” Cassidy, a Democrat, told the Washington Examiner. “I don’t think it will do anything to sway our members one way or the other. Most of them have their minds made up.”