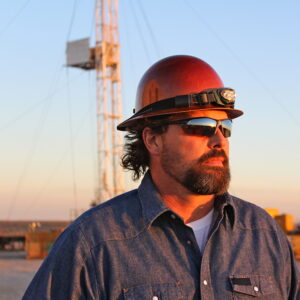 Gov. Tom Wolf is celebrating a state commission’s approval of Pennsylvania to join the Regional Greenhouse Gas Initiative (RGGI), but not everyone is coming to the party.

“Climate change is one of the most critical issues we face and I have made it a priority to address ways to reduce greenhouse gas emissions,” Wolf said Wednesday. “By participating in RGGI, Pennsylvania is taking a historic, proactive, and progressive approach that will have significant positive environmental, public health and economic impacts.”

Asked about the IRCC vote, state Sen. John Kane (D-Chester) told Delaware Valley Journal, “We need good-paying, union jobs across all fields. That’s been my priority since the beginning, and that’s what I’m going to keep working towards.” Kane was one of six Democrats who helped pass a veto-proof bill to stop Wolf from unilaterally putting Pennsylvania in RGGI.

“These programs are spurring innovation in the clean energy economy and creating green jobs in the RGGI states,” says the Initiative on its website.

Citizens Alliance of Pennsylvania (CAP) says it has concerns.

“The IRRC’s vote to approve a regulation that clearly violates the separation of powers is further evidence that Pennsylvanians are now governed by unelected bureaucrats,” says Leo Knepper, CAP’s political director.

Established by the General Assembly’s 1982 passage of the Regulatory Review Act, IRRC was created to review Commonwealth agency regulations, excluding the Game Commission and the Fish and Boat Commission, to ensure that they are in the public interest.

The Commission’s mission is to review regulations to make certain that the agency has the statutory authority to enact the regulation and determine whether the regulation is consistent with legislative intent.

“IRRC then considers other criteria, such as economic impact, public health and safety, reasonableness, impact on small businesses and clarity,” the Commission explains on its website. “The Commission also acts as a clearinghouse for complaints, comments, and other input from the General Assembly and the public regarding proposed and final regulations.”

“The Pennsylvania House must act immediately and pass legislation to stop our entry into RGGI,” says Knepper.

“Resistance to the governor’s delusional and unlawful RGGI scheme must be absolute,” said Metcalfe in a statement this week.

Metcalfe added it is important to stand with hard-working Pennsylvania families and seniors living on fixed incomes who “simply cannot endure an unaffordable increase in their electric bills.”

“We stand with small business owners and employees whose livelihoods will be negatively and severely impacted by this extremely partisan, government-orchestrated takeover of the Commonwealth’s natural resources,” said Metcalfe. “We stand with the union community in Pennsylvania which has spoken up en-masse to protect their jobs and our great heritage as a leading energy-producing state.”

Pittsburgh Works Together, an alliance of labor, business, and civic leaders, warned that RGGI will “lead to significantly higher power prices in Pennsylvania, which will hurt the state’s efforts to rebuild a manufacturing base, and it will adversely affect low-and fixed-income households and seniors.”

State Sen. Pittman (R-Armstrong, Butler, Indiana, and Westmoreland), vice chairman of the Environmental Resources & Energy Committee, said this week that his district will be devastated by the carbon tax that will be imposed by RGGI.

While he is “disappointed that IRRC approved this regulation,” Pittman applauds the Commission for taking the time to hear from legislators, business leaders, and municipal officials before they voted.

“This is certainly different from the stance taken by the Wolf administration,” says Pittman. “Neither the governor nor any member of his administration even bothered to come to my district over the past 22 months to talk about RGGI and how working families would benefit from the closure of power plants and the elimination of jobs.”

Wolf is not budging.

“I’m grateful that IRRC recognized the importance of our participation in RGGI.”