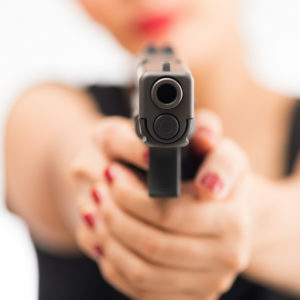 Counterpoint: Gun Violence Is an Important Issue, but Not the Most Important

For another point of view please see Point: Gun Control Should be a Winning Issue in November

Less than a month before the 2022 midterm elections, most polls show that the No. 1 issue for likely voters is, as Democratic strategist James Carville famously quipped 30 years ago, “the economy, stupid.”

According to Morning Consult, as of Oct. 1, 77 percent of likely voters identify the economy as their top issue, followed by education (54 percent), gun violence (53 percent), and immigration and abortion (both at 51 percent).

Of course, this does not mean that crime and gun violence (and other societal problems) will not enter voters’ minds when they head to the voting booth this fall.

In 1992, the economy was in a recession, which is why Carville, advising then-presidential candidate Bill Clinton, assumed (correctly) that the economy would be the paramount issue.

In 2022, the economy will be in a recession again. However, unlike in 1992, the current recession also includes the worst inflation rate in more than 40 years. As of this writing, the rate of inflation remains stubbornly high at 8.3 percent. In 1992, inflation hovered around 3 percent.

Make no mistake, the vast majority of Americans are worse off today than they were a few years ago. If history is any indicator, their vote will hinge mostly on this issue.

In 1992, violent crime was also a massive problem. As the Clinton White House describes, “America’s families and communities faced serious crime problems in 1992. More violent crimes were reported in 1992 than ever before, with nearly 2 million murders, rapes, robberies and aggravated assaults occurring in the United States. Gun crime had skyrocketed to the highest point in 20 years with more than half a million total gun crimes reported.”

In 2022, the country faces a similar crisis, as crime is increasing throughout the country. However, for whatever reason, when voters cast their ballots, they tend to prioritize the economy above all else, especially when they sense that the economic prospects of their children are in peril.

Perhaps this is because voters are constantly aware of how a poor economy affects their lives. Every time Americans pass a gas station, they are reminded that they are coughing up more and more money to fill up their tanks.

Voters also receive daily reminders about persistently high inflation whenever they go to the grocery store or purchase practically anything.

In other words, the vast majority of voters experience the hardships of a poor economy virtually every day. They can’t escape inflation and other economic problems.

On the other hand, more esoteric issues like gun violence are not something most Americans encounter daily, therefore it is likely these types of issues do not resonate as much with the vast majority of voters.

Although voters are aware that gun violence and crime are certainly a big problem, because most do not face the problem head-on daily, it makes sense that they would compartmentalize such issues as important in general but probably not highly relevant to their individual life circumstances.

Crime and gun violence tend to be worst in limited areas, most notably in inner cities, which means most voters can avoid this problem by avoiding the specific places where crime is most rampant. Such is why Americans are fleeing crime-ridden cities in droves.

Yet, inflation and a stagnant economy is a national phenomenon that occurs everywhere, affects everyone and causes chronic stress.

This Election Day, as was the case in 1992 and countless other elections, it’s still the economy, stupid.