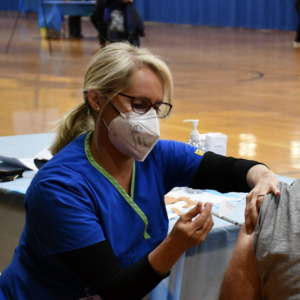 A nurse administers a COVID-19 vaccine at a Chester County vaccine clinic at the Sturzebecker Health Sciences Center at WCU in February, 2021.
News