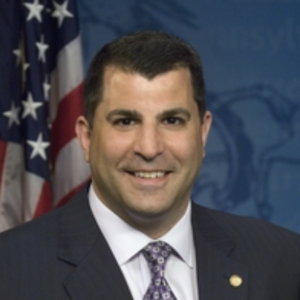 After hours of delay, a bipartisan coalition in the Pennsylvania House picked Berks County Rep. Mark Rozzi as the new Speaker in a 115 to 85 vote.

Rozzi, who has served as a House Democrat since 2012, said he would serve as an independent as Speaker, refusing to caucus with either party and pledging to hire staff from both sides of the aisle.

With the House currently split at 101 Republicans, 99 Democrats, and three Democratic vacancies, both parties have claimed they should be in power. Democratic Rep. Tony DeLuca passed away last October. Two others resigned when they were elected to higher offices. Democrats argued that once special elections were held in those heavily Democratic districts, they would be in control.

Republicans countered the math showed they should have the speakership.

“I’m sure a lot of you didn’t see this coming today,” said Rozzi, who was elected through a bipartisan compromise. He noted he is the first House Speaker from Berks County since 1935.

Pennsylvania residents are tired of partisanship and “need a new path forward,” said Rozzi. He told his colleagues he is “honored to have their trust.”

In announcing that he would be an independent, Rozzi said, “I’ve never been an ideologue.” He also said he planned to put “people before party or above self-interest.”

“I will caucus with both parties,” he said.  Independent voters “deserve a seat at the table.”

“Never has this House been so divided,” Rozzi continued. “I pledge to put people above politics.”

Republicans accused Democrats of political shenanigans in the leadership fight. According to a report by City & State, GOP leaders accused Democrats of asking Republican members to vote to make their party’s candidate speaker in exchange for access to grant money from Gov.-elect Josh Shapiro’s administration.

Nicole Reigelman, a spokesperson for House Democrats, did not confirm or deny whether Democrats had made any offers to Republican members.

Later Republican leaders congratulated Rozzi, issuing this statement: “We want to congratulate Rep. Mark Rozzi, Pennsylvania’s first Independent Speaker of the House, on his election today. Reflecting the realities of an evenly divided chamber, it is imperative we have a truly independent voice to conduct House business and manage the House floor.”

Culter added, “As a former Speaker myself, I can attest to the fact that the presiding officer of this chamber must remove himself or herself from their own political beliefs and put the institution before individuals. I have known Rep. Rozzi for many years and know he will rise to the occasion and meet the moment as a truly independent leader for the Pennsylvania House.”

According to his website Rozzi, of Muhlenberg Township, graduated in 1989 from Muhlenberg High School where he was a three-sport athlete and member of the Political Science Club and Model UN. Rozzi received a bachelor’s degree in Political Science from Kutztown University with a concentration in pre-law and constitutional law. His legislative priorities include education, property tax relief, improving the commonwealth’s aging infrastructure, and safeguarding children from predators.