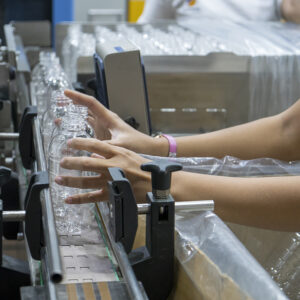 Philadelphia’s ban on single-use plastic bags, first passed in 2019 but delayed by COVID-19, is finally in effect.

On January 1, West Chester will ban distribution by businesses of plastic bags and straws. Lower Merion and Narberth want in on the action, too.

While the climate science behind the bans is debatable (single-use plastic bags have a far smaller carbon footprint than the alternatives), environmental activists see plastic bags and packaging as a symbol of humankind’s abuse of the planet.

But for thousands of Pennsylvania workers, plastic represents something else entirely: Good-paying jobs.

Approximately 37,221 plastics-related jobs are in Pennsylvania. Some 6,931 of them are in Berks, Bucks, Chester, Delaware, Montgomery, and Philadelphia counties. Meanwhile, plastic product manufacturing pays $2.1 billion in employee compensation per year and generated $11.5 billion in economic output in 2019.

That is why industry groups are concerned with things such as Philadelphia’s new ban on single-use plastic bags.

“Losing high-paying manufacturing jobs of any kind is a major concern for the families and communities that benefit from these sources of revenue,” adds Kirk M. Cantor, Ph.D., professor of Plastics and Polymer Engineering Technology at Pennsylvania College of Technology.

Still, Philadelphia Mayor Jim Kenney says something must be done about single-use plastic bags littering streets and waterways. City officials estimate it  lost 10,000 hours at recycling facilities retrieving single-use bags that are not recyclable but often end up mixed with recyclables and untangling them from equipment.

“The climate crisis and plastic pollution remain two very serious threats to our planet and society,” the mayor said in a statement.

As of October 1, 2021, retailers in Philadelphia are not to offer customers single-use plastic shopping or even paper bags that do not use at least 40 percent recycled material.  Retailers include everything from supermarkets and convenience stores to department stores, restaurants and farmers’ markets.

Businesses not in compliance face a minimum penalty of $75 and repeat violators could be taken to court. Enforcement is not scheduled to begin until April 2022 as part of an effort to bring awareness and education about the campaign.

Still, fewer retailers ordering plastic bags between then and now means fewer orders for companies that make plastic bags. That translates into fewer workers. According to Plastic-bags.net, there are at least six plastic bag manufacturers in Pennsylvania. Plastic Manufacturers, Inc. is located in Philadelphia.

“American plastic manufacturing is cleaner, safer, and is more efficient than anywhere else in the world,” says Marrara. “From an economic and environmental standpoint, we should want this activity to happen here rather than in foreign markets.”

“As with every manufactured product, there are opportunities to improve the raw materials, product design, manufacturing methods, and end-of-life path for plastic bags and plastic straws,” says Cantor.

Like plastic bags, plastic straws are blamed for littering streets and waterways.

“The innovators most knowledgeable and most motivated to make these improvements are those within the industries that manufacture these products,” says Cantor. “We have already seen tremendous innovation over the last decade.”

Dart, a Michigan-based company making food and beverage packaging, is one firm taking steps it says will help the environment while continuing to provide jobs.

“Dart has a decades-long record of environmental leadership, innovating and investing in sustainability practices that are practical and results-focused to reduce landfill waste, marine debris, and litter,” says Margo Burrage, Dart’s director of corporate communications.

Dart has been manufacturing in Pennsylvania since 1964. Its Leola and Lancaster, Pa. facilities employ approximately 1,600 people.

“The plastics industry, they want to save their product,” says Angela Logomasini of the Competitive Enterprise Institute, a think tank headquartered in Washington, D.C. “They want to have a small footprint and they are engaged in a lot of efforts that have to do with this advanced recycling, which basically means you would not have to sort all of the plastics, so some of it can be recycled together.”

Logomasini says the plastic items could also be broken down into the molecules that they were originally and then reconstituted into brand-new products.

“We can make a lot of improvements in our solid waste disposal markets at large, and there’s a lot of mistakes that local governments make that we can repair,” says Logomasini. “So, I think we are making progress, but not if we just start randomly banning things.”

“Banning specific manufactured goods will drive investment and prosperity out of our commonwealth and into a competitor state or nation,” says Marrara. “It is the opinion of the Pennsylvania Manufacturers’ Association that single-use plastic bans are the antithesis of the economic dynamism that our commonwealth ought to be deploying.”