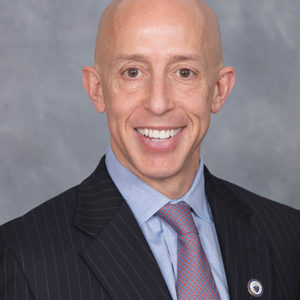 Zidek: I Haven’t Given Much Thought to 2021 Re-Election

Despite widespread rumors to the contrary, Delaware County Council Chairman Brian P. Zidek says questions about whether he plans to run for re-election in 2021 are premature.

“I have not given it a huge amount of thought, to be honest with you,” Zidek told Delaware Valley Journal on Wednesday.

Hardly a Shermanesque declaration of his intentions, political observers might note. Questions about Zidek’s potential future plans have been a hot topic in Delaware County politics the past two weeks.

“We have so much going on from the election to the pandemic, to our efforts to turn the health department [into reality] and the de-privatizing our prison — I have just sort of had my head down and just can focus on that,” Zidek said.

“I’m going to be getting away for a while over the holidays and hope to be able to take a step back and think about things, but it’s not something I’ve made any decision [on] as I said, or given a ton of thought to it.”

Zidek said he was somewhat surprised to get the question about him running again from DVJ, adding that the rumors had not circulated back to him.

Should he step aside, it would be one of the bigger political surprises in Delaware Valley politics, given Zidek has the plum chairmanship job, and was among the first wave of Democrats that won seats on the county board in 2017 that culminated in a full Democratic sweep of the 5-member board two years later.

Zidek says the things that tempt him to run again are simply finishing some of the projects the Democratic-led board has begun.

“Just the fact that I’ve got another job,” Zidek said. “I’ve got several other jobs, companies that I run. I’ve got a young family, and there’s only so many hours in the day. So, it’s, uh — it’s sometimes tough to get everything done.”

The board recently voted to begin the de-privatization of the George W. Hill correctional facility. The process is expected to be lengthy, complicated and expensive.

As Zidek alluded to earlier, the board has already begun the process of trying to establish the county’s own health department, yet another project that is strewn with hurdles made of red tape.

From the standpoint of the pandemic, the county also struggled in 2020 with the Fair Acres long-term care facility which suffered more deaths than any other nursing home in the nation, according to a New York Times analysis.