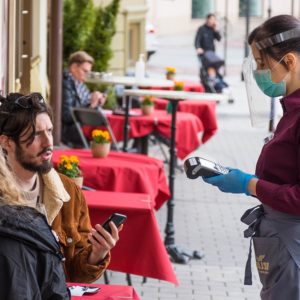 A week into the strictest restrictions since the spring to combat COVID-19, Delaware Valley restaurants are staring down an uncertain winter.

On December 10, Governor Tom Wolf announced new mitigation efforts against the virus as PA confirmed more than 10000 cases for several days, and deaths spiked to their highest levels since April. Included in those efforts was a ban of indoor dining.

Brad Weinstein, president of Appetites on Main in Exton, says he was caught off guard by the announcement. “We knew the Governor was going to have a meeting that Monday, and we thought that was when it was going to be,” he said.

But Wolf that day only encouraged more personal responsibility among residents, leading Weinstein to believe the indoor dining ban would not come. After that, Weinstein says he placed large beer and food orders, all of which were for nothing once the announcement was made a few days later. “The lack of heads up or advance notice puts salt into the wound.”

Ari Raptis, owner of The Grog Grill in Bryn Mawr, said he was “surprised” by the announcement. “They say there was statistically a 1.5% chance of a COVID case happening in an indoor restaurant,” said Raptis describing his bewilderment by the call.

The Delaware Valley Journal reported last week that county officials in the suburbs were seeing little transmission in restaurants, but the Governor continues to emphasize that his data says differently. “We know that COVID-19 thrives in places where people gather together,” said Wolf when he made the announcement.

“Show me what you’re saying. Show me that and I’m on board with [banning indoor dining,]” said Weinstein, urging Wolf to release his data. He added he felt it was unfair that you can “walk into a Walmart with 1000 people,” but not dine in at a restaurant. “I feel that the Governor is doing things just to make it look like they’re doing something to try to mitigate it.”

Many restaurants have decided to defy the Governor’s order, which Weinstein says isn’t being heavily enforced. “I don’t think they’re being strict,” and added that he wishes they were as it’s creating an “unlevel playing field” for his restaurant which is following the rules.

But Raptis says he’s heard the opposite. “I hear that they’re out and being responsible.” He added that he hadn’t personally seen this because “at the Grog, we follow everything to the ‘T.’”

With a nor’easter striking the region, the first week of outdoor and takeout only dining didn’t go perfectly. “It’s 30 degrees… Asking our customers to sit outside in freezing weather, or even our staff to serve them, is inhumane,” said Raptis.

But despite unideal conditions, both owners reported seeing upticks in some aspects of their businesses from their communities. Raptis noted they “have seen a slight uptick in our takeout delivery.”

“We’ve sold more gift cards than I would normally sell,” said Weinstein. “That’s some way of people showing support because they didn’t want to leave the house.” Despite his grief with the Governor’s new orders, Weinstein did thank Wolf for encouraging communities to eat out. “Even the Governor is saying get takeout, which is nice to hear.”

The Pennsylvania Restaurant and Lodging Association estimated that 26,250 jobs were lost due to the new mitigation efforts. Thankfully, neither Weinstein or Raptis have had to lay anyone off yet.

“We’re going to help provide for 60 families,” said Raptis. “To make sure that the 60 employees can provide Christmas presents, healthcare, and pay rent.” But he added, “if we’re losing money, week after week, we would have to make some changes.”

Weinstein stressed the need for support from the government to make it through the winter and this new wave of restrictions. “There’s got to be some sort of relief package. I don’t think they can ask us to close and yet not offer us financial assistance. You can’t do one without the other.”

Last week, Wolf in a press conference said “we need a comprehensive relief package now,” and endorsed a bipartisan $908 billion proposal from Congress, but did not speak on state proposals.

Raptis said PPP loans were critical in the spring, and they could help once again now. “That really helped us keep our employees and keep food on the table for them.”

Despite the odds stacked against them, both owners believe they’ll make it through these difficult times. “I do believe I’ll make it through. We were blessed with the last couple of years leading up to this. We were thriving, which helps,” said Weinstein.