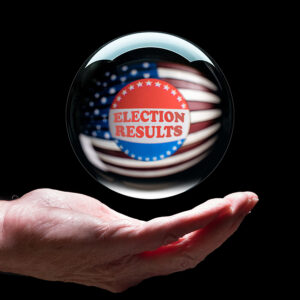 Will this year’s local, county and judicial races in the Delaware Valley offer any clues about voter sentiments ahead of the 2022 midterms? The Delaware Valley Journal asked some pundits to consult their crystal balls.

“I don’t believe there is such a thing as an off-year election,” said Vince Galko, a Republican strategist. “Every election is important, whether it’s your town council or for governor of Pennsylvania. And these elections, these municipal elections, whatever you’d like to call them, odd number year elections, are always a bellwether for the intensity within each party’s base, who wants to come out. Because often the winners of these local races come down to which party wants it more and who’s able to turn their base out more (to vote).

“And that intensity is often driven by the national or statewide environment,” Galko said. “And I think what we saw in the primary, there was definitely an uptick and intensity on the Republican side as a result of some of the policies coming out of Harrisburg and Washington…It remains to be seen if that carries through to November, but I think there’s an indication that it could.”

While he does not expect voters in solidly Democratic or Republican counties to flip their districts, Galko says he does think that intensity might be a factor in swing counties.

While not everyone agrees that 2021’s election presages 2022, there may give some hints.

“It’s very difficult to predict election outcomes from one year to the next,” said Villanova University political science Professor Matthew Kerbel. “Even this year’s two statewide elections – Virginia and New Jersey – will probably not offer strong clues about what to expect in ’22. The midterms will be shaped by which groups of voters are motivated to turn out and by political conditions a year from now, like the state of the pandemic and the economy, whether Biden’s domestic agenda becomes law, the state of voting rights, redistricting, etc. The one clue you might be able to find in the results is whether turnout drops among voters responsible for Biden’s victory last year. When the party in power does poorly in the midterms, it is typically because their voters are less motivated to turn out than voters on the losing side. There may be early clues to this in the November results.”

Political pundit Jeff Jubelirer, Bellevue Communications Group vice president, said, “I don’t believe that this off-year election will necessarily serve as a bellwether for next year’s midterms. While the races up in 2021 – such as school board, county council, and township boards of commission – perhaps impact our lives at a greater level on a daily basis, they do not generate the requisite amount of media attention and financial contributions the larger statewide races do. The 2022 U.S. Senate and gubernatorial races in Pennsylvania both have open seats and will be highly competitive regardless of the 2021 election results across the state.”

Already there are multiple candidates, both Democrats and Republicans, vying for their party’s nomination for the open Senate seat being vacated by Sen. Pat Toomey (R) in 2022.

Meanwhile, on the Democrat side, state Attorney General Josh Shapiro is widely believed to be the main contender, although he has yet to announce.