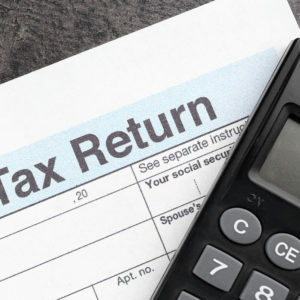 Tax filing season is here, and with it all the hassle of filling out your taxes. Tax filing is certainly an enormous time sink — it’s estimated that taxpayers spent over 6 billion hours last year complying with the tax code. But while tax filing should be made far simpler, taxpayers should be wary of proposals for the Internal Revenue Service to simply send them pre-filled tax forms.

The argument goes like this: Rather than having to shoulder the burden of filing your own taxes, the IRS should do it for you. After all, doesn’t the agency already know about the income you receive from your job? The theory goes that this would allow the IRS to just send you a notice of how much they think you owe, rather than put you through the trouble of filling out a form yourself and (perhaps) making a mistake. Taxpayers could then choose to contest or accept the IRS’s math.

That might be easier for some taxpayers, but for many it would come at the cost of having to pay more in taxes. Putting the responsibility of calculating your taxes in the hands of the agency primarily responsible for extracting revenue creates an obvious conflict of interest. What’s more, the IRS’s calculations may cause taxpayers to miss out credits and deductions if it doesn’t know you qualify for them.

But even if taxpayers could count on the IRS to have their best interests at heart (they can’t), there’s little reason to think the IRS can handle the responsibility. After all, the IRS is in bad enough shape trying to take care of the duties it already has this filing season.

Last year’s filing season contained an unusually high number of “math error” notices, in which the IRS contests a taxpayer’s claimed tax liability. Taxpayers can choose to accept the IRS’s “adjustment” or contest it, much like what would happen if the IRS filled out taxpayers’ tax returns for them, just on a smaller scale. Last year the IRS issued nearly 14 million such notices, up from 700,000 the year before. Of these, 6.2 million taxpayers responded contesting the IRS’s adjustment.

If the IRS was filling out your taxes, you’d probably want to be able to contact them. Well good luck; even now, contacting the IRS is nearly impossible. Of the 282 million calls it received last year, it failed to answer 250 million, for a response rate of 11 percent. Callers counted themselves lucky if they even had the opportunity to get through to a representative and wait on hold.

You may also think that you just wouldn’t bother contesting the IRS’s math. There’s a good chance the IRS’s version of your pre-filled tax return wouldn’t merely skip claiming a credit or deduction you might think you qualify for, but contain factually incorrect information.

That’s been the experience of possibly millions of taxpayers who received the monthly Advance Child Tax Credit this year. The IRS sent out notices to recipients that purportedly detail how much money taxpayers received from the ACTC for use on their tax filings. The problem: for many taxpayers, the numbers the agency sent are wrong. Taxpayers receiving the wrong information are in a tough position. Even if they notice the error, good luck getting in contact with the IRS to fix their faulty numbers.

You may also be thinking that other countries manage to send their taxpayers pre-filled tax forms. And while that’s true, it’s largely because they have far simpler tax codes. The myriad of deductions (above the line and below the line) and credits (refundable and non-refundable) make pre-filled tax forms impractical under the current tax code, even if the IRS were on top of things.

So if you’re struggling through your tax-filing process this season and wishing that the IRS would just do it for you, you might want to reconsider that wish. As long as the IRS is as dysfunctional as it is, you’re better off doing it yourself.

Andrew Wilford is a policy analyst with the National Taxpayers Union Foundation. He wrote this for InsideSources.com.