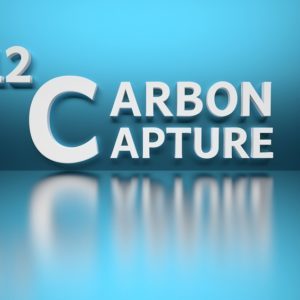 Executives are taking a good long look at carbon capture as a solution to hit increasingly stringent CO2 emissions mandates around the world — and some companies have already gone this route years ago. Many of them are energy companies, but certainly not all of them.

Some of the decision makers — including utility executives — have seen their companies take serious operational and financial hits, and then backed away from it.

The decisions have increased importance in Pennsylvania, as Gov. Wolf is expected to force the commonwealth join the Regional Greenhouse Gas Initiative, a cap-and-trade system that would ratchet down carbon emissions from the state’s energy producers over time.

The process allows users to capture, remove, and sequester (or store) carbon dioxide from power-plant combustion and other industrial sources that would otherwise be released into the atmosphere. It ends up being compressed and injected underground for safe, secure, and potentially permanent storage.

It might happen through various methods — carbon injection into geologic formations (such as depleted oil and gas reserves) and use in industrial materials such as concrete.

Users can capture up to 90 percent of the carbon emissions produced from the use of fossil fuels in power generation and industrial processes.

Here are a few ways it’s worked — and failed — in recent years, and what’s coming up on the horizon.

The process allows companies to capture, remove, and sequester CO2 — and governments see it as yet another way to hit greenhouse gas emissions and to mitigate climate change.

Some governments and their air quality agencies have been offering generous incentives to get companies — especially tough players like oil & gas companies — to comply with their guidelines.

California has tapped into it for years as part of its AB 32 global warming act and the 2016 revision demanding that greenhouse gas emissions be scaled back 40 percent to 1990 levels by 2030.

Fees and taxes paid by companies for compliance with clean air laws and greenhouse gas reduction mandates are incentivizing electric vehicles, charging stations, and renewable energy. The California Air Resource Board has adopted a protocol under the state’s Low Carbon Fuel Standard (LCFS), describing the requirements that these carbon capture project must meet in order to generate LCFS credits.

California’s LCFS is being adopted in other states and Canada. California has been ahead of the game, but Washington has been making some moves.

In September, the U.S. Department of Energy offered about $110 million in federal funding for carbon capture, utilization, and storage.

Carbon capture and storage has been acknowledged as one of the strategies the European Union will utilize to achieve 2050 climate objectives in a cost-effective way. It’s being taken seriously with fossil fuel combustion in power generation contributing to about 30 percent in EU carbon emissions.

Process industries — cement, iron and steel, aluminum, pulp and paper, and refineries — have carbon emissions coming from raw material conversion. But the EU has been criticized for being far behind the US in incentives offered.

Innovation and breakthroughs are just around the corner

ExxonMobil, University of California, Berkeley, and Lawrence Berkeley National Laboratory have discovered a new material that could capture more than 90 percent of carbon dioxide emissions from industrial sources. Natural gas-fired power plants and other industries governed by increasingly stringent carbon emissions rules will benefit the most.

Another research project found a breakthrough in quinone molecules. A few years ago, an MIT Ph.D. candidate in chemical engineering, and a chemical engineering professor at the university, took a close look at a temperature- and pressure-swing approach in the process.

Alan Hatton, the Ralph Landau Professor of Chemical Engineering and co-director of the MIT Energy Initiative’s Low-Carbon Energy Center for Carbon Capture, Utilization, and Storage, said they were eventually able to figure out the binary nature of the affinity of quinone to CO2.

“The result of that binary affinity is that our system should be equally effective at treating fossil fuel combustion flue gases and confined or ambient air,” he said.

Oil companies have done very well in this sector

ExxonMobil has been pursuing carbon capture technology innovation since 1970. The oil giant claims to have about one-fifth of the world’s total carbon capture capacity. The company captures about 7 million tons per year of carbon. The company says its been responsible for more than 40 percent of cumulative CO2 captured.

Oil companies have been under much pressure in recent years to be accountable fossil fuels’ part in climate change. Investing in carbon removal has been part of that strategy lately. Chevron, Occidental Petroleum, and Australian energy company BHP have invested in Carbon Engineering, a start-up developing technology that will be able to remove carbon out of the atmosphere.

Power utilities have had a sad tale to tell over the years. Power plants have had a legacy of failed carbon sequestration attempts.

Carbon capture and storage advocates are dedicated to making Project Tundra work in North Dakota and to reverse that trend. Along with sequestering carbon from coal in the local electric grid — much of it by burying carbon in caverns — capture and storage advocates are aiming for a world where sequestered emissions from industrial plants become a commodity for sale to customers in need of it for their own production.

Capturing, removing and sequestering carbon is a faster, cheaper, and more efficient way to support stopping climate change than building out a wind turbine farm or installing thousands of solar panels.

That’s where getting input and guidance from an experienced company like ExxonMobil would be of great value to companies exploring the possibility of utilizing the technology.

Some companies take it on as part of meeting internal climate change mission statements. Or it could be part of a solution to another challenging wave — having your company being pulled into the blame for deforesting Brazil’s rain forest. German pharmaceutical and chemical giant Bayer AG knows this one well.

Bayer plans to enroll  about 1,200 row crop farmers in its Bayer Carbon Initiative in the first season. The company says it will scale up in upcoming seasons, and eventually expand to other countries. In Brazil, Bayer expects to be investing about $5.76 million in the program over three years.