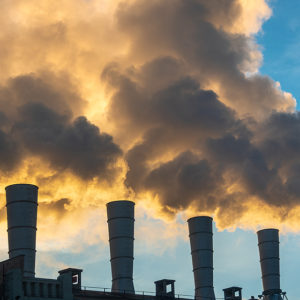 After weeks of political combat with the GOP-controlled legislature — including calls for his resignation —  Gov. Tom Wolf is ready to go another round. This time it’s over his plan to push Pennsylvania into a regional carbon-taxing system and going around the legislature to do it.

The Regional Greenhouse Gas Initiative (RGGI) is a plan that would, in theory, lower CO2 emissions by putting a cap on acceptable emissions, selling carbon “allowances” and using the revenue to subsidize renewables like wind and solar. All six New England states have signed on, along with every Mid-Atlantic state north of Maryland — except Pennsylvania. New Jersey was an early adopter of the program, withdrew, then rejoined. Virginia will join next year.

The RGGI program has been in place since 2003, and there’s an open debate about its impact.

John Walliser, senior vice president for Legal & Government Affairs at the Pennsylvania Environmental Council, testified before a House committee in 2019 in favor of the pact.

“With respect to emissions, CO2 emissions from power plants in RGGI states have fallen by 47 percent, outpacing the rest of the country by 90 percent,” Walliser claimed. “While RGGI is not the sole factor, it has been a key driver of those reductions.”

However, multiple studies show that the majority of decline in U.S. emissions has come from replacing coal with other forms of power production, mostly natural gas.  A 2018 study by the free-market Cato Institute found that RGGI raised the cost of electricity but had no meaningful impact on emissions.

Last year Wolf signed an executive order forcing the Department of Environmental Protection (DEP) to devise a plan to join the regional initiative by 2022.

“In June, however, the governor tweaked his original executive order because of COVID-19 and extended the deadline for DEP to Sept. 15, meaning something is coming soon from the department,” Kurt Knaus, spokesman with the Pennsylvania Energy Infrastructure Alliance, told Delaware Valley Journal.

With House Republicans battling Wolf’s use of executive power, particularly in his handling of the COVID-19 crisis, they feel emboldened to keep up the fight. Earlier this month they passed a bill that would freeze DEP until the legislature gives some kind of approval.

“With the Senate set to resume session around the same time as the DEP report is due, we’re heading for a showdown,” Knaus predicted.

Pro-business groups are taking aim at Wolf’s executive order approach as well, raising concerns about the impact of his actions on an already weak economy.

“At this time of crisis that is so economically damaging, one has to wonder why Governor Wolf is pushing ahead with a policy that will raise prices, eliminate jobs, and hurt the economy,” said Rebecca Oyler, legislative director for the National Federation of Independent Businesses in Pennsylvania. “Even though numerous DEP advisory boards have now said no to joining this cap and trade program, members of the legislature have spoken out against it, and there is a bill pending that would require legislative approval, the Governor can still opt to use executive fiat to join anyway. That is not a representative government.”

Other business and energy leaders are taking a wait-and-see approach.

“API is supportive of fuel-neutral, market-based efforts to reduce carbon emissions, but has a variety of questions concerning how the program would work in PA,” Catarino Wissman, executive director of the Pennsylvania branch of the American Petroleum Institute, told DVJ.

“We are awaiting important information and details from the DEP and look forward to learning more about the specific plans as they’re developed and communicated.”

“I would say the majority of Pennsylvanians are pro-regulating carbon pollution from power plants,” State Rep. Melissa Shusterman, a Democrat from Montgomery County, told DVJ.

DEP predicts entering the initiative will “reduce climate pollution from carbon emissions by a massive 188 million tons by 2030” and would “lead to an increase in Gross State Product of nearly $2 billion and a net increase of over 27,000 jobs in this Commonwealth” by 2030 as well.

Shusterman nodded to those government estimates when asked to respond to critics of the plan who say RGGI would increase the cost of doing business, and therefore cost jobs.

When asked if executive order was the right way to join RGGI, however, Shusterman pivoted.

“We’re looking towards 2020 [the election], and hopefully we will be swearing in, in 2021, like-minded legislators that will be on board with this — regardless of party.”