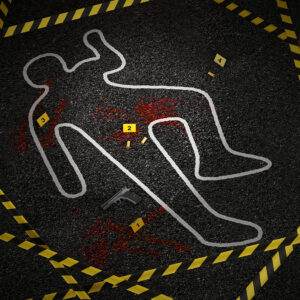 WHITE: Progressive Politics Have Made Philadelphia the Nation’s Murder Capital

Philadelphia recently became the most violent large city per capita in America, leading the pack in terms of murders. Why? This is a direct result of the failed leadership of Democratic officials at both the local and state level – including, but not limited to, our “progressive” District Attorney Larry Krasner, who took over in 2018 and has seen a spike in homicides ever since, our Mayor Jim Kenney, and our state Attorney General Josh Shapiro. Our elected law enforcement officials are failing to keep our neighbors safe.

Here in our city, rhetoric from local progressive leaders vilifying police has petrified Democratic Party leaders into a level of inaction that puts every family at risk. The result? Democratic leaders who refuse to properly equip law enforcement officers, plummeting enrollment in the police academy, a sharp decrease in successful prosecutions, and skyrocketing rates of violent crime. The elected Democrats running our city (and state) fear uttering even a single word of support for our police and the critical role they play in protecting victims and keeping the peace, because the Cancel Culture mob will turn on them if they do.

What’s most frightening is that violent criminals are no longer afraid of the consequences of their actions. This is thanks to the weak, lawless approach taken by Larry Krasner and his failed policies in the District Attorney’s office. While police continue to do their job and arrest violent criminals for their acts, justice for families impacted by gun violence often stops when the District Attorney’s office either fails to secure convictions — or refuses to even try. Multiple young people have been murdered by perpetrators who should have been behind bars, but were sprung loose due to an open-door bail policy from the D.A.’s office.

The blame rests on more than just our local leaders: It must be shared with the state’s top prosecutor, Josh Shapiro. Shapiro’s gun violence task force has gone noticeably quiet since 2018, while he hardly speaks out on the topic anymore in preparation for a run for governor of the Keystone State. So what is Shapiro doing? He has released over 900 press releases (one every 1.6 days) from his office as he continues his preparations and woke virtue-signaling. Has Shapiro fallen silent because he faces the same concerns of other Democratic politicians in  Philadelphia: That he might do the right thing and support effective law enforcement, thereby risking damage to his electoral prospects?

Meanwhile, in our city, progressive leaders are debating declaring a “gun violence emergency,” while noticeably ignoring the obvious root of the problem: Criminals know that under the current leadership, they will not be punished according to the existing laws on the books.

Too many times, politicians refer to things as “life and death issues” that are demonstrably not. The issue of spiraling violence, however, is truly life and death for more and more Philadelphia families — and it’s spilling out into neighborhoods citywide, as well as over the city line into places like Upper Darby in Delaware County. It is well past time for Kenney, Krasner, and Shapiro to do the right thing, and start putting their weight behind prosecuting the violent offenders who are terrorizing everyday Philadelphians. It is time for them to support law enforcement and stand up for victims of crime. Our city’s safety can no longer be held hostage to a radical political agenda or fear of what the woke mob will say on Twitter.

At the Philadelphia Republican Party we have no problem saying we support our law enforcement officers and the critical role they play in our communities. We work with community leaders who are dedicated to solving the challenges we face, without regard to politics. Innocent lives in Philadelphia demand it.

Martina White represents Northeast Philadelphia as a State Representative, and is the Chair of the Philadelphia Republican City Committee.