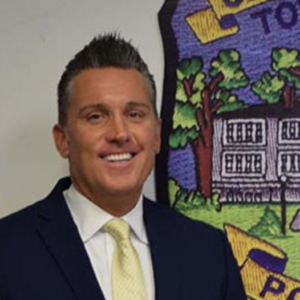 For the first time in 20 years, the number of homicides in Upper Darby broke double digits and according to the township’s top cop, part of the problem is spillover from an especially violent year in Philadelphia.

“One of those was an officer-involved shooting where the officer is still being investigated, but it’s going to be a cleared shooting,” Bernhardt said. “We had two homicides by vehicle for 2020, and the others were six shootings, one stabbing, and one was a blunt force, which was a domestic-related homicide.”

“Homicides by vehicle” would include nonnegligent manslaughter, and often involves a drunk driving-related death.

The highest number of homicides for the township of roughly 82,000 people was seven, a mark reached in 2004 and again in 2008, according to the Pennsylvania Uniform Crime Reporting system website maintained by the state attorney general’s office.

Despite the increase, Bernhardt says he’s not seeing elements or warning signs that would indicate a worrying trend has taken root.

“I’m not seeing that we have any type of blatant daytime incidents,” Bernhardt explained. “Our neighborhoods are still secure. Our shopping districts are still safe, safe like our business community. I think it’s just a trend that we’re seeing across the country right now, and we’re being affected by it like everybody else.”

He is certainly right when he says “everybody else” is being affected.

“The United States has experienced the largest single one-year increase in homicides since the country started keeping such records in the 20th century, according to crime data and criminologists,” the Washington Post reported at the end of 2020.

“Homicides recorded by 57 U.S. police agencies found a 36.7 percent increase for a similar time frame, according to figures compiled by Jeff Asher, an analyst and consultant who studies crime data,” the report also said.

In Philadelphia, the number of murders in 2020 skyrocketed to 499, up from 356 the year before. According to the city’s crime statistics tracker, the next highest annual tally was 391, dating back to 2007. The homicide rate in Philadelphia has either increased or remained flat every year since 2013.

“Our biggest contributor to that is that we border the sixth largest city, which is Philadelphia. And a lot of what we’re seeing, if not all of it, is transient crime, it’s crime of opportunity – people coming in from the city and taking advantage of the situation and then going back into the city because of how close we are to that. And we know what the violence is like in the city of Philadelphia right now. We’re just seeing some of the bleeding off of that here in Upper Darby township.”

Bernhardt did acknowledge his department has seen a high rate of turnover in the last couple of years, mainly due to an expected wave of retirements. But he says the department has adjusted.

“We were short at one point, man-hours-wise, but it didn’t affect the street, what we did. And again — it was through the cooperation with the mayor and the police department — we were just holding overtime to fill those spots of the retirements and then we could promote, and then we could hire. But at no point in time were the streets suffering at all with lack of manpower resources. That wasn’t the case at all throughout 2020.”

He stressed that the department was already confident at least 10 of the 11 homicides would be cleared, meaning that the case is closed, at least from the police perspective.

The Pennsylvania AG crime reporting website does not yet have statistics posed for 2019 or 2020. The statistics for Upper Darby were provided directly by Bernhardt upon request.

Even though crime data can lag by a year or two, either through the Pennsylvania AG website or through the FBI national crime reporting database, clues can still emerge from unexpected places.

For example, the murder rate in Chester almost doubled in 2020 over the past two years, according to a court document that was only filed because Chester is in receivership as a result of a fiscal emergency declared for the city last year by Gov. Tom Wolf.

“In the November 3rd status update to the Court, the Receiver noted that the City had experienced thirty-three (33) murders to date which was significantly more than the eighteen (18) experienced in each of the two previous years,” receiver Michael T. Doweary and his attorneys wrote in December of last year.

As a result, Doweary said he asked the Pennsylvania State Police to assist the city with supplemental patrols for December and January.